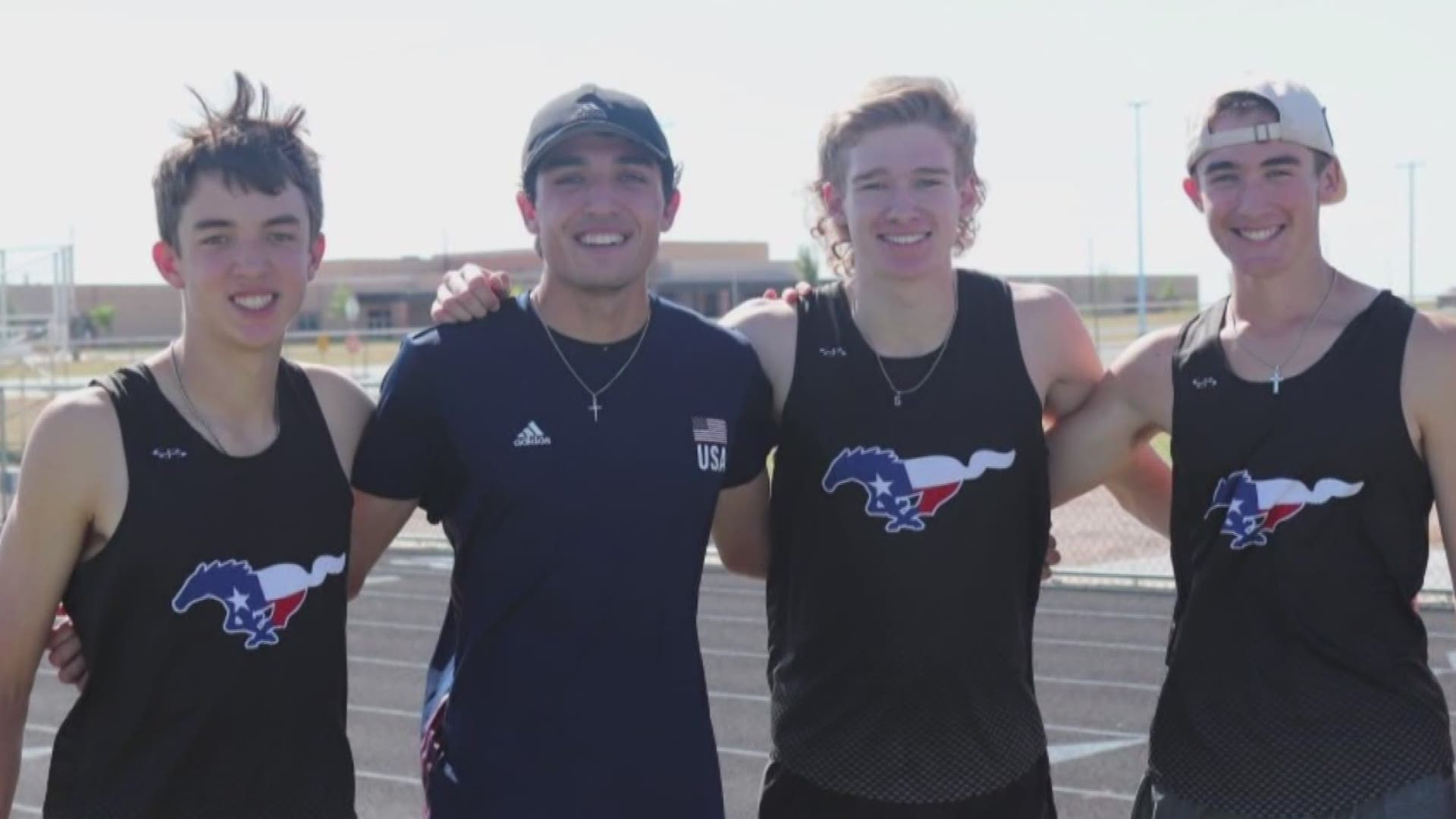 "People in the guy's grade that broke it said, 'You know that record's untouchable, no one's gonna get it," Norris said. "I never thought I'd get it either."

After COVID-19 canceled the Mustangs' track and field season, his hopes for achieving that goal seemed lost, but Norris wasn't going to let that stop him.

"When they said I couldn't go on the track anymore I was like, 'Well I don't think I can be done here," Norris said. "You can have virtual meets. You have to have it on video and we sent it in to MileSplit and there's a leader board."

On the day he planned to break the record, he got an unexpected surprise from Team USA member and University of Kansas national champion runner, Bryce Hoppel.

"I did my trial time with two other friends too and I was warming up with them and they're like, 'Bryce is here," Norris said. "I got enough pressure on my own like what is a future Olympian doing here?"

Norris wasn't going to let an opportunity like this slip away, even though his dad was showing some fatherly love just before he started running.

"I asked Bryce to pace me my last 400," Norris said. "My dad was up there with the camera and he's like, 'You're running with an Olympian, a champion right now."

While the pressure was on, Norris thrives in these situations.

"It was good to have that and feeling that again cause I haven't raced with adrenaline in a while so it felt good to be back," Norris said.

That adrenaline helped him break the record by less than a second at 1:54:98.

"I was kind of relieved that I didn't let anyone down and I got the record," Norris said. "I had tears of joy just thinking about it. Considering the circumstances and that it was supposed to be State Day, I'm never gonna forget this."

Norris has all summer to keep making that time 'untouchable.'