The team had their trophy in-hand and medals around their necks while the school and community showed them support. 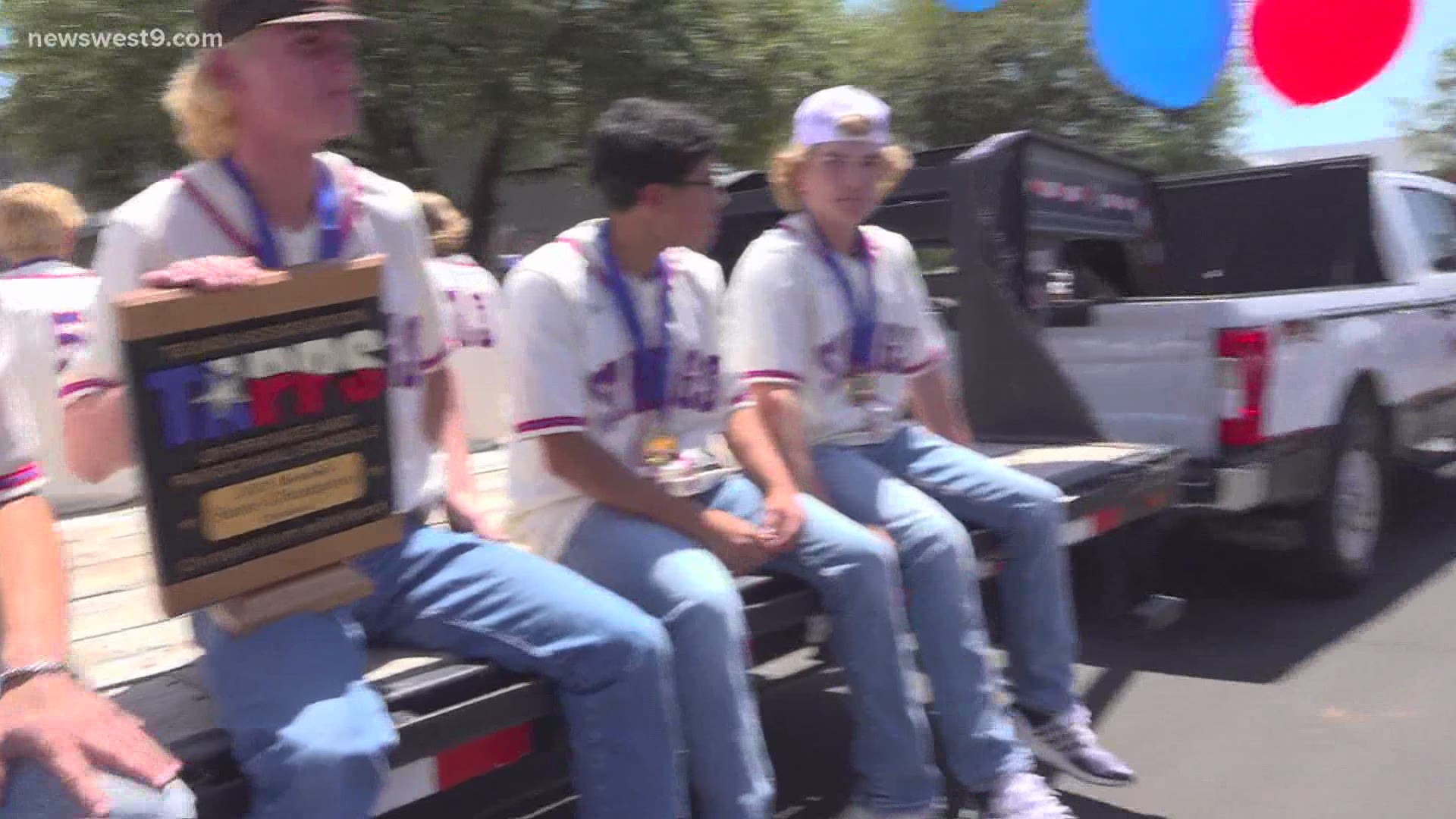 MIDLAND, Texas — Midland Christian baseball got the royal treatment as they came back to a parade celebration from their school and community.

This is the first division one state championship in the school's history as they won the 6-A State title.

"We've been best friends for so long," said Midland College Signee Rhett Clark. "I just feel like we had such a good chemistry with each other...and another thing is our coaching, we wouldn't be here without our coaching and the guidance they've given us on the baseball field."

During the parade, the cheerleaders and fans were dancing to the music, which was on full blast as the students came into McGraw.

"We had a really good season last year and it got cut short and we just wanted to bring it back and it's just hard to believe it finally happened," said Cisco College signee Luke Greenlee. "I mean we knew our goal since day one and we stuck to it, worked hard, it just finally paid off and it just doesn't seem real right now."

Simon Sosa will be attending Sosa College, Luke Greenlee will be going to Cisco College, while both Rhett Clark and Gage Jordan will stay home and play at Midland College.

"I'm just thinking you better score, cause we want that state championship and I love this place and the fact that I get to continue my baseball career and academic career here...it's awesome," Said Midland College signee Gage Jordan. "I've wanted to play college baseball for a long time. Ever since I was little, its always been one of my dreams, and I made it come true."