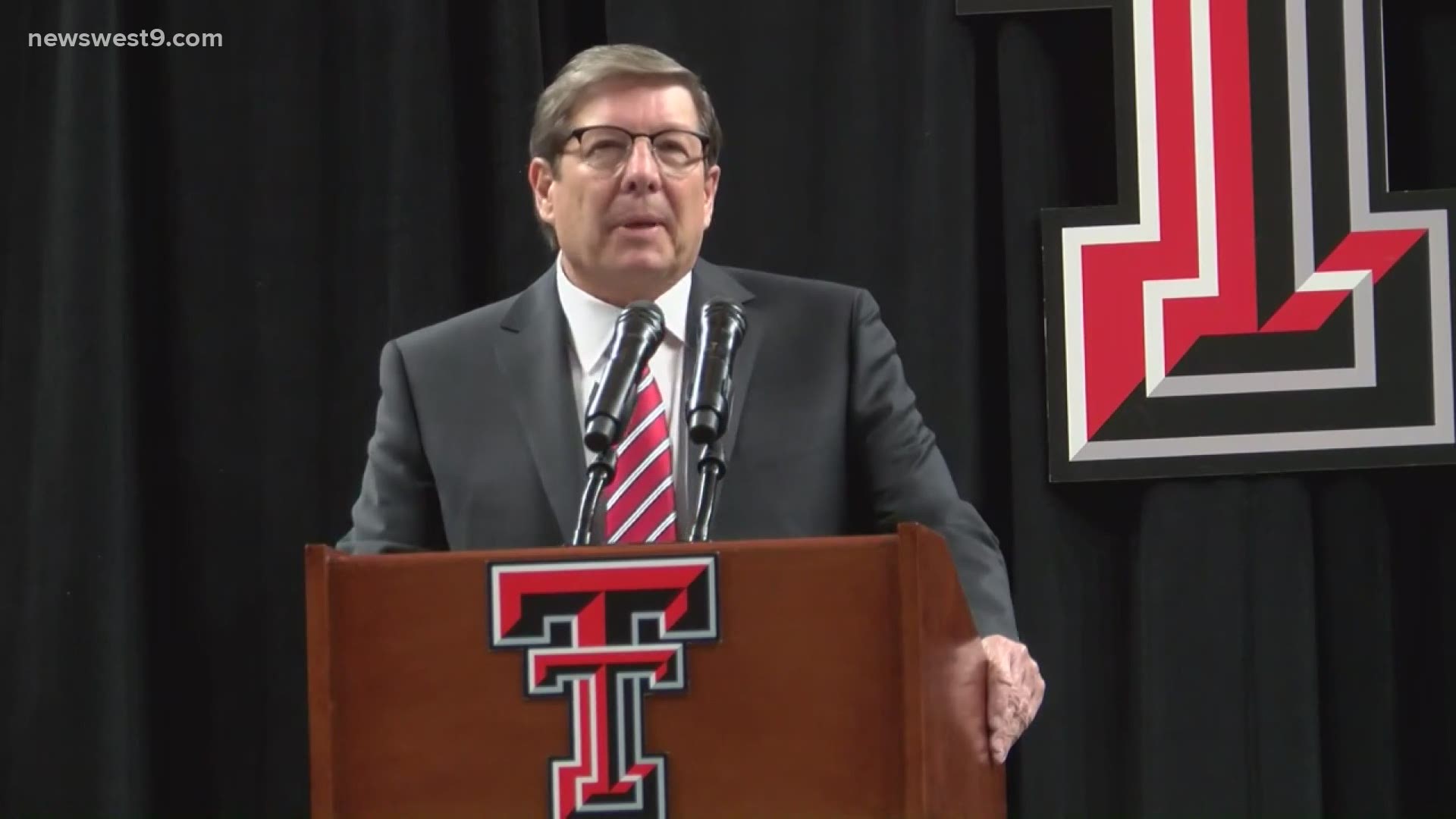 LUBBOCK, Texas — Red Raider fans packed the United Supermarkets Arena to hear from their new men's basketball head coach on Tuesday. Mark Adams was not only born and raised in west Texas, but that's also where he built his coaching career.

Despite all these locations, the new leader in Lubbock made sure everyone knew coaching at his armada was the end goal.

"All along my goal was to get back here and be the head coach of this university." Adams stated.