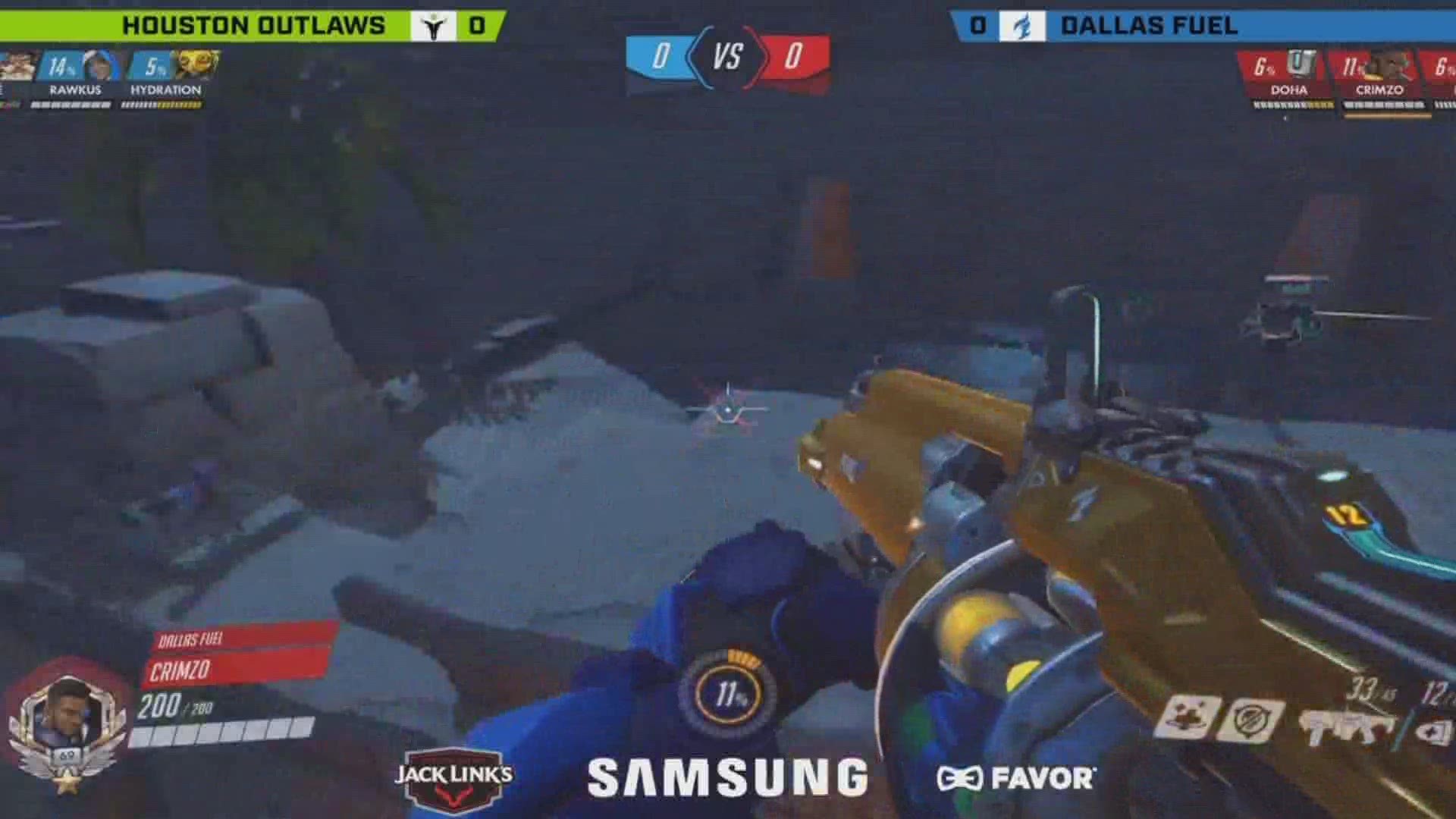 Starting May 9, the esports landscape in Texas will never be the same.

The Lone Star Challenge presented by Samsung is a first-of-its-kind professional esports series between the Dallas Fuel and the Houston Outlaws of the Overwatch League.

"Texas is truly a hotbed for esports," said Mike Rufail, owner and CEO of Envy Gaming, Inc., the organization that owns the Dallas Fuel. "It's only fitting that Texas would take esports rivalries to the next level."

The three-week event will feature weekly skills challenges and team competitions streamed on YouTube, followed each Saturday by a rare, behind-the-scenes TV docuseries broadcast across 87% of Texas.

The docuseries chronicles the lives of professional esports athletes and coaches and reveals what life is like for some of the world's most elite gamers competing at the highest level.

Think "Hard Knocks" — but for esports.

Eleven TEGNA Texas television stations in thirteen markets, including WFAA, which shares a city with Dallas Fuel, and KHOU, which shares a home with the Houston Outlaws.

TEGNA's other Texas stations include

The series will include exclusive features and human-interest stories, while also providing highlights of weekly challenges.

"We are thrilled to be partnering with the Dallas Fuel and TEGNA's Texas stations to bring fresh sports competition and entertainment back to our fans and TV viewers," said Beasley esports Chief Operating Officer Lori Burgess. "Video gaming is hotter than ever and.. New fans can expect a battle worthy of champions."

In addition to the live stream competitions and the TV docuseries, there will be unique opportunities on digital and social media to interact with these esports athletes, ask them questions and learn about who they are and who they got to where they are now.

You may also see an influx of gaming-related stories in your local newscasts this month.

While esports may seem like a foreign language to some, millions are fluent.
The esports industry has skyrocketed over the last few years with revenue now surpassing $1 billion and growing.

By 2021, esports is projected to have more viewers (via broadcast, Twitch, YouTube) than every major sports league in the world except the NFL.

More information on the Lone Star Showdown and the Overwatch League, via Envy Gaming and Beasley Media:

Launched in 2018 and now in its third season, the Overwatch League is the first global esports league with city-based franchise teams, emulating traditional sports organizations. The Dallas Fuel and the Houston Outlaws are founding organizations in the league. Teams compete in Overwatch, a six-on-six team-based action game. Today, the Overwatch League has 20 teams across the world, with players competing for an annual championship worth $1.5 million.

About the Dallas Fuel

The Houston Outlaws are a professional Overwatch Team that is part of Beasley Esports — a division of Beasley Media Group, LLC; a subsidiary of Beasley Broadcast Group, Inc., which operates 64 stations (46 FM and 18 AM) in 15 large and mid-size markets in the United States. As a company, we are committed to creating high-quality cross-platform content for consumers; catering to esports and video game fans and fanatics. Beasley Esports brands include the Overwatch League's Houston Outlaws, CheckpointXP, CheckpointXP on Campus, and Team Renegades. www.Outlaws.gg