NFL roundup: Cowboys should be division favorites; Vikings defense could be lethal; Texans and Watson

Can the Dallas Cowboys defense at least be mediocre enough to give the team a chance at contending for a title this season? 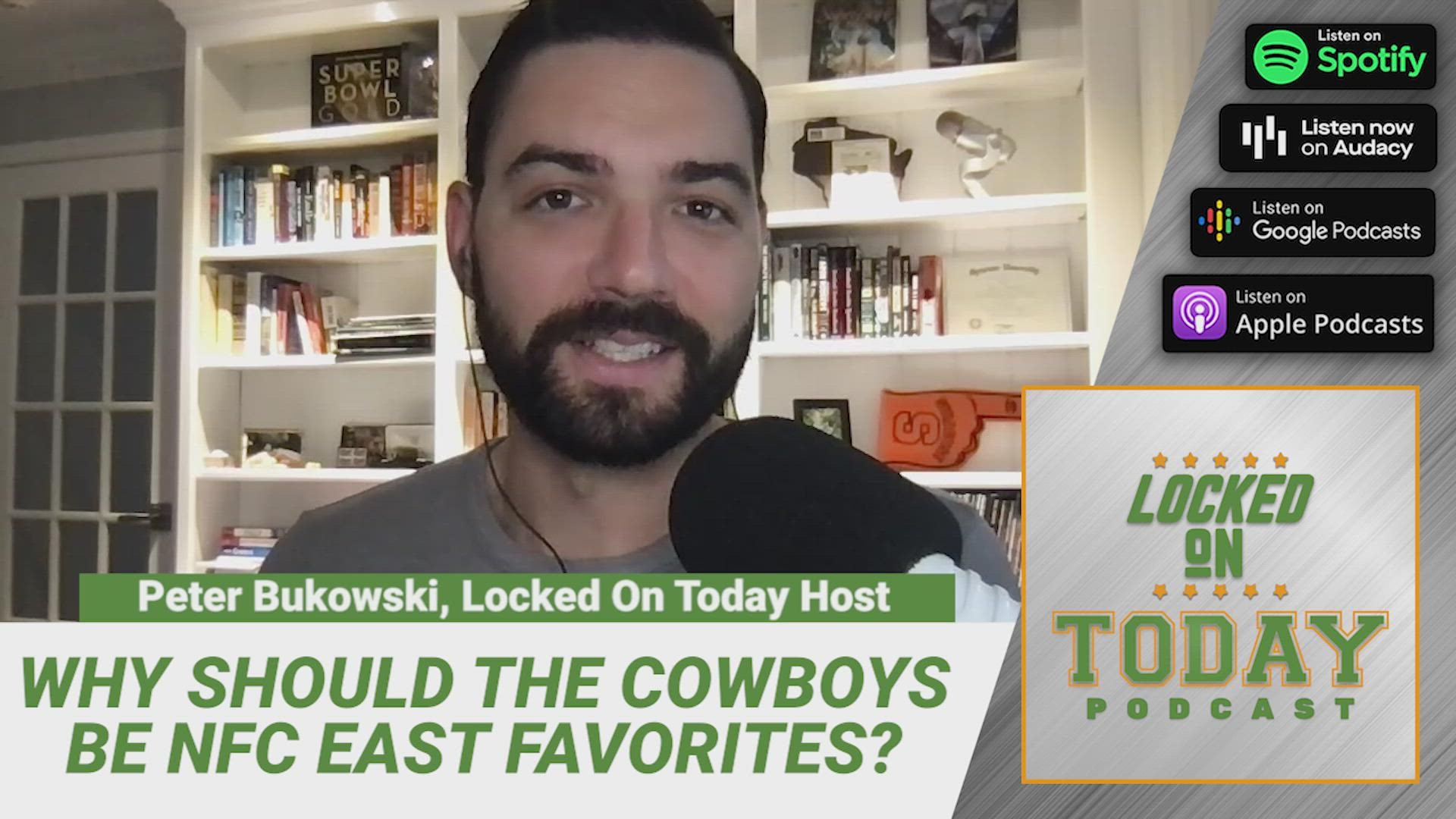 DALLAS — Can the Dallas Cowboys contend in the NFC this season for real? Is the Minnesota Vikings' defense going to give them a shot at the NFC North? Is Deshaun Watson going to play at all this year and what's the Texans' identity without him?

As the preseason moves forward, we're previewing and forecasting teams across the NFL on the Locked On Today podcast.

The Dallas Cowboys should be NFC East favorites

The NFC East was the weakest division in football last season but after the Washington Football Team made the playoffs, they're expected to make another jump this season and contend for the division title again.

With Dak Prescott returning, should Washington or Dallas be NFC favorites? Landon McCool of Locked On Cowboys joined Locked On Today to talk about what needs to happen for Dallas to contend.

"They need to take enough of a leap that they're somewhere in the middle of the pack on defense," McCool said. "I mean, obviously, last year, at different points, it was historically bad. They were the 32nd ranked defense at different points. And I think they were breaking records as far as just yards given up on the ground specifically... And frankly the other part of it is the Cowboys offense has got to help by stopping the turnovers. Even early on before a lot of the injuries kind of crept into them turnovers were really putting the Dallas defense in a bad spot."

So what's the difference between the two leading favorites for the NFC East, Washington and Dallas?

"It's the difference between all teams in all races, who's got the better quarterback? And I don't think that there's much of an argument there, the Cowboys have the best quarterback when he's healthy in the division by far," McCool said. "So I think that's what makes them the lead in that specific race between Washington and Dallas for the NFC East in general."

Beware of the Vikings defense?

The Minnesota Vikings have historically had some great defenses over the past decade, but last year was not one of those years. They gave up the fourth-most points in the NFL.

They went out in free agency and got Patrick Peterson and Bashaud Breeland as their two new starting corners. They also brought in defensive tackle Sheldon Richardson and safety Xavier Woods.

Minnesota already had talent on defense with Harrison Smith, Eric Kendricks, Michael Pierce, Danielle Hunter and Anthony Barr. Should we expect a big jump on that side of the ball? Luke Braun of Locked On Vikings joined Locked On Today.

"Sky's the limit. It's like an entirely different group of people. To give you a sense, teams are cutting down right now from 85 to 80. There are two players who did not crap the crack the top 80 of the Vikings that started games last year," Braun said. "So last year you're dealing with guys down the stretch of the season. I mean, they crawled out of their 1-5 hole and in December they just needed to go to and to to make the playoffs. They couldn't do it. And in that December streak, you had (Jordan) Brailford and Dylan Mabin and all these kind of nobodies. Replace that with Michael Pierce, Dalvin Tomlinson, Bashaud Breeland and yeah, Patrick Peterson and Xavier Woods who started in Dallas. It's an entirely different group of people."

Listen to the full conversation below:

What will the Texans do without Watson?

The Texans' look bleak without Watson at quarterback, even with Watson last season the team struggled heavily. Is there any chance he plays this season? John Hickman of Locked On Texans joined Locked On Today.

"No chance. Absolutely no chance," Hickman said. "And the feeling down here in Houston is he's going to abide by what they want him to do, you know, stay ready, just in case he's available to play for somebody else. I don't think there's a chance that he plays this year for Houston. I think there's more so of a chance that he returns maybe for Houston next year after the dust settles and maybe they can come to an agreement. Because right now the asking price for Deshaun Watson, who you're not sure he's going to be able to play, is entirely too high."

What is the Houston Texans' identity without Watson? Check out the full conversation below:

Also on today's Locked On Today

What are we Locked On Today?

🏈Why the Cowboys should be NFC East favorites. @McCoolBCB joins @Peter_Bukowski.
🏈Sky is the limit for Vikings defense. w/ @LukeBraunNFL.
🏈What is the Texans' identity without Watson? w/ @somesportsguyy