We're previewing and predicting the outcome of every Week 9. 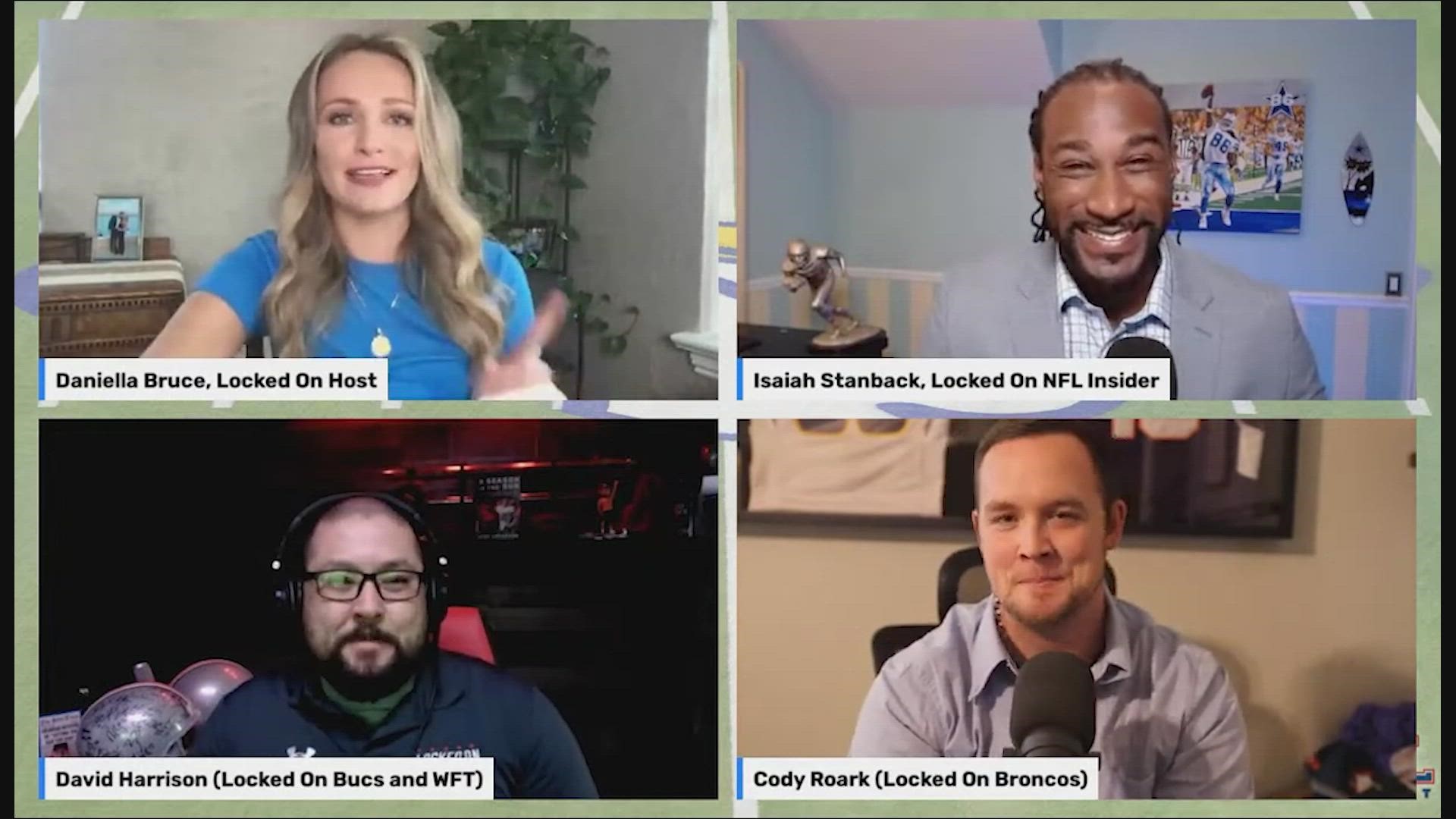 This year at Locked On, Locked On Saints host Ross Jackson and me (Locked On national content producer Cameron LaFontaine) will predict the outcomes of every NFL game week to week.

Pick records so far this season:

The New York Jets picked up a huge win last week against the Bengals led by backup QB Mike White. Can the young team keep it going on the road on a short week in prime time? We'll see.

News came out on Thursday that Tyrod Taylor is back to start for the Texans on Sunday against the Dolphins. Houston hasn't won since Week 1 when Taylor started and defeated the Jaguars. Can he bring the magic back against the struggling Dolphins?

The Cowboys will have Dak Prescott back after he missed last week, when Dallas was able to get it done in Minnesota with backup Cooper Rush. The Broncos finally got back in the win column but in ugly fashion. They also lost Von Miller this week.

The Vikings straight up dropped the ball last week against Dallas with backup Cooper Rush starting for them. Now, they have to head to Baltimore coming off a bye after they were pounding by the Bengals. This will be an interesting game to see where both teams are at.

The Panthers were able to get back in the win column last week after dropping four straight. But, they have the suddenly hot New England Patriots coming to town after they went into L.A. and defeated the Chargers.

The Bills have beat up on bad teams all year and now they have another one. The Jaguars were dominated by the Seahawks last week on the road. There's no reason to think they hang with the Bills this week.

The Browns have been in the news plenty this week after Odell Beckham Jr. is now away from the team and won't play Sunday in Cincinnati. How will the loss of OBJ affect the rest of the team? The Bengals are back home after an embarrassing loss to a poor Jets team. They should be determined to get back in the win column.

The Raiders are facing major adversity again after Henry Ruggs III was arrested, facing felony charges after prosecutors say he caused a drunk driving accident that killed a 23-year-old woman. The last time they were facing major distractions with Jon Gruden, they went out and crushed the Eagles. But, this one is in New York.

The Saints will have a new QB starting, likely Taysom Hill, after losing Jameis Winston for the season in last week's win over the Bucs. They still come into this one favored by six after the Falcons stunk last week against the Panthers.

We were just talking a few weeks ago about how the Chargers might be one of the top two or three teams in the AFC. Since then, they were dominated by the Ravens and lost to the Patriots at home. Can they go to the east coast and stop the bleeding? The Eagles are coming off an easy win against the Lions and will look to keep it going.

A mid-week bomb dropped when it was announced Aaron Rodgers was going to miss Sunday's game due to a positive COVID-19 test and we also learned he was unvaccinated. The line for this game moved from a pick 'em to Chiefs by more than a touchdown. The Chiefs have covered the spread just twice this season. The Packers have won seven-straight and are on a long week while the Chiefs are on a short week. Can Jordan Love come in and keep this one close? Or will Kansas City assert some dominance?

The Cardinals lost their first game last Thursday against the Green Bay Packers but had a good shot to win. Now they're dealing with more COVID issues and have to go on the road to Santa Clara. They already defeated the 49ers once but it was an ugly game. Can the 49ers tag the Cardinals back this week?

How will the Titans handle being without Derrick Henry? They're not exactly getting to ease into it, as they have to play arguably the NFL's best team on the road. Oddsmakers aren't giving the 6-2 Titans too much credit without Henry, favoring the Rams by more than a touchdown. But, this is the first good team the Rams have faced in weeks.

The Steelers are good now again, at least for now, and are back above .500 after a good win on the road against the Browns. Now they head back home to take on a struggling Bears team.