We're previewing and predicting the outcome of every Week 3 NFL game. 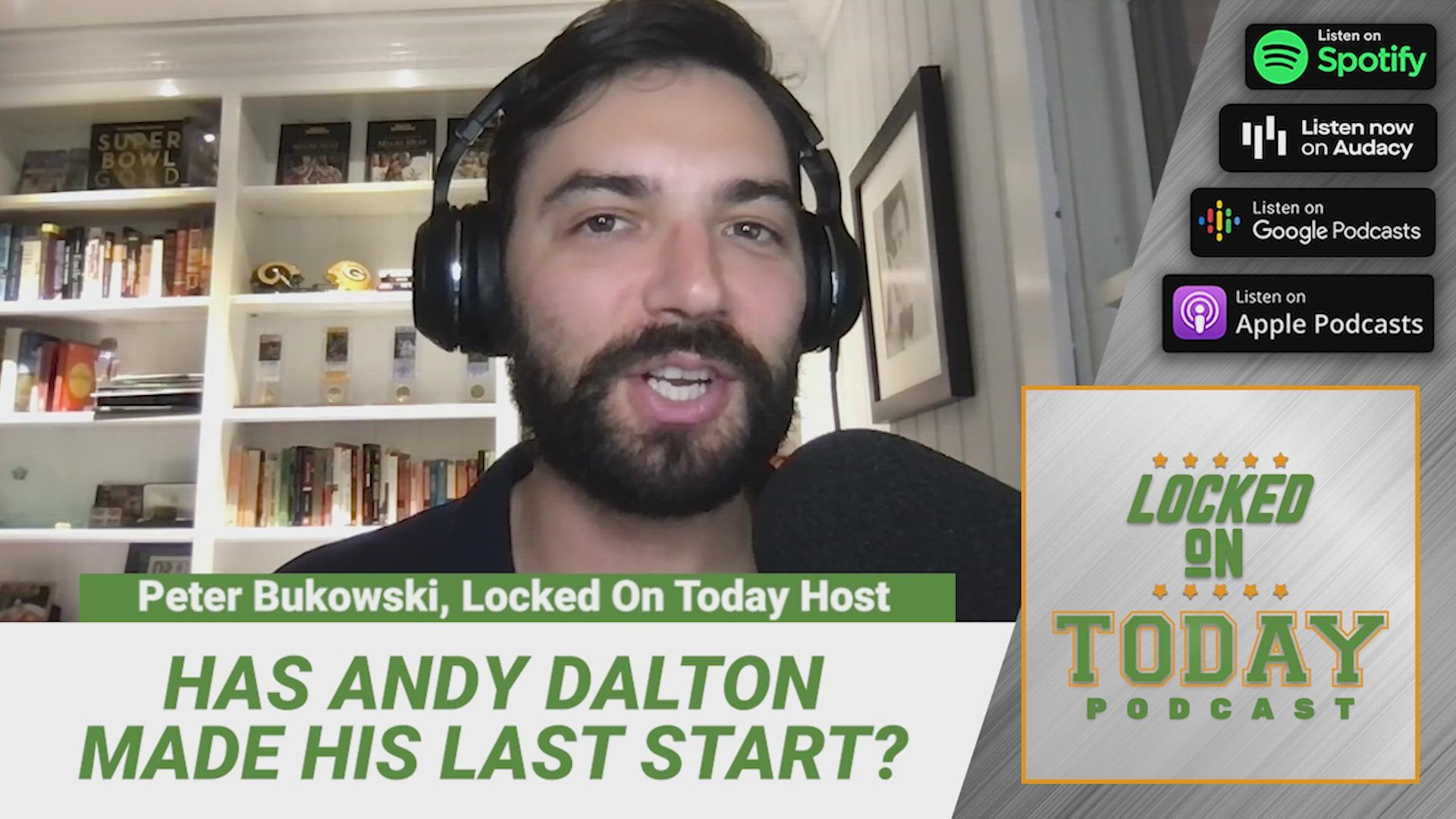 LOS ANGELES — We saw some exciting matchups in Week 2 and we're looking ahead to Week 3. It's the NFL, every week has some riveting matchups and this week it's headlined by Chiefs-Chargers, Colts-Titans, Saints-Patriots, Rams-Bucs and Packers-49ers, among others!

This year at Locked On, Locked On Saints host Ross Jackson and me (Locked On national content producer Cameron LaFontaine) will predict the outcomes of every NFL game week to week.

In Week 1, Ross and I both came out with winning records in our score predictions with the straight up winners of each game and against the spread and in Week 2, it was all Ross as he went 11-5 against the spread in his score predictions and I was an abysmal 4-12. So fade me if you're into that sort of thing and tail Ross as we make our Week 3 picks!

Pick records so far this season:

Find the daily Locked On podcast for YOUR NFL team here!

Odds displayed are from Locked On partner BetOnline every Thursday.

The Panthers and the Texans square up for Thursday Night Football this week. The Panthers are off to an 0-2 start while the Texans are 1-1. Houston will be without starting quarterback Tyrod Taylor, however, and will start rookie Davis Mills, who will have a tough first test against a strong Carolina defense.

The Arizona Cardinals are off to a strong 2-0 start and they'll head back to the east coast to take on rookie Trevor Lawrence and first year head coach Urban Meyer, who are off to an 0-2 start. Can the Jaguars contain Kyler Murray and can their offense avoid turning the ball over?

As of writing, we still don't know if it's going to be Carson Wentz starting at quarterback for the Colts on Sunday after ankle injuries took him out at the end of Sunday's game against the Rams. The Titans had a big bounce back win in Seattle last week, they'll look to ride that momentum.

The Baltimore Ravens released a big injury report on Thursday that included Lamar Jackson for what has been reported as a non-COVID illness, but a stomach bug. The Lions are 0-2 and struggling mightily defensively. They will have a lot of trouble stopping Lamar Jackson, as long as he's healthy enough to play.

The Bills dominated the Dolphins in Miami last week 35-0 after an 0-1 start and Washington also picked up their first win in a thrilling TNF matchup over the Giants. Can Washington keep up with Buffalo? This will be a big test to let us see where they are at.

The Saints dominated the Packers in Week 1 and came back to earth hard in Week 2 with a loss to the Panthers. Can their offense get back on track against a strong Patriots defense? And, how will Mac Jones handle the Saints? Should be a good one in New England.

While we know the Chiefs win games, they're just 1-10-1 against the spread in their last 12, showing they like to play in these close games. Could we get another close one in Arrowhead on Sunday? The Chargers are coming off a loss to the Cowboys and their offense will get a big chance to bounce back against a Chiefs defense that has given up 65 points already this season.

One of the Falcons or Giants will pick up their first win on Sunday. The Giants fell in crushing fashion last Thursday to the Washington Football Team and the Falcons have just looked rough on both sides of the ball to start the year.

Justin Fields will officially make his first start for the Chicago Bears on Sunday as Andy Dalton is hurt. Fields came in on Sunday's 20-17 win over the Bengals, much of which is attributed to the Bears defense. But, we'll get a chance to see a full game out of the rookie. He'll have a tough test in Cleveland against a Browns team that is looking to go deep in the playoffs this year.

T.J. Watt and Ben Roethlisberger were limited in practice on Thursday and it's still questionable whether they will be able to go on Sunday. Both teams are 1-1 as Burrow and the Bengals offensive line will have their hands full with the Steelers defense on Sunday.

The Dolphins will be without Tua Tagovailoa on Sunday against the Raiders after he left last week's 35-0 loss in the first quarter with a rib injury. The Raiders are maybe the most surprising 2-0 team with their schedule thus far. They'll look to keep it rolling against the Dolphins, who will be led by Jacoby Brissett.

The Jets are off to a tough start in the Robert Saleh-Zach Wilson era, but the Broncos are cruising so far with a 2-0 start and a good chance to go 3-0, albeit with the easiest schedule in the NFL through three weeks. The Broncos defense should give Wilson plenty of fits on Sunday.

This one will be fun. The game of the week in the NFL is a battle between two 2-0 teams that sit at Nos. 1 and 2 in the Locked On NFL power rankings. The Bucs will visit the Rams in L.A. for a huge matchup between veteran QBs Tom Brady and Matthew Stafford who both have excellent defenses. This one's a toss up.

This one will be interesting. The Vikings are at home desperately trying to avoid an 0-3 start while Russell Wilson and the Seahawks are coming off a rough come-from-behind overtime loss to the Titans at home next week.

Aaron Rodgers and the Packers got back on track against the Lions after they were caught sleeping in Week 1 against the Saints. Will that Week 1 blunder prevent them from facing jet lag Sunday against the 49ers? San Francisco is home for the first time this year after a 2-0 start with wins over the Lions and Eagles.

The Dallas Cowboys' defense was the bright spot in last week's win against the Chargers in L.A. to avoid an 0-2 start. Dallas is home for the first time this year playing arch-rival Philly on Monday night. Can Jalen Hurts and the Eagles offense keep up with Dak Prescott and the high-powered Cowboys offense?