Another wild NFL Sunday is in the books. It included a new field goal record on a game-winning kick, upset wins, a battle between the Rams-Bucs and more. 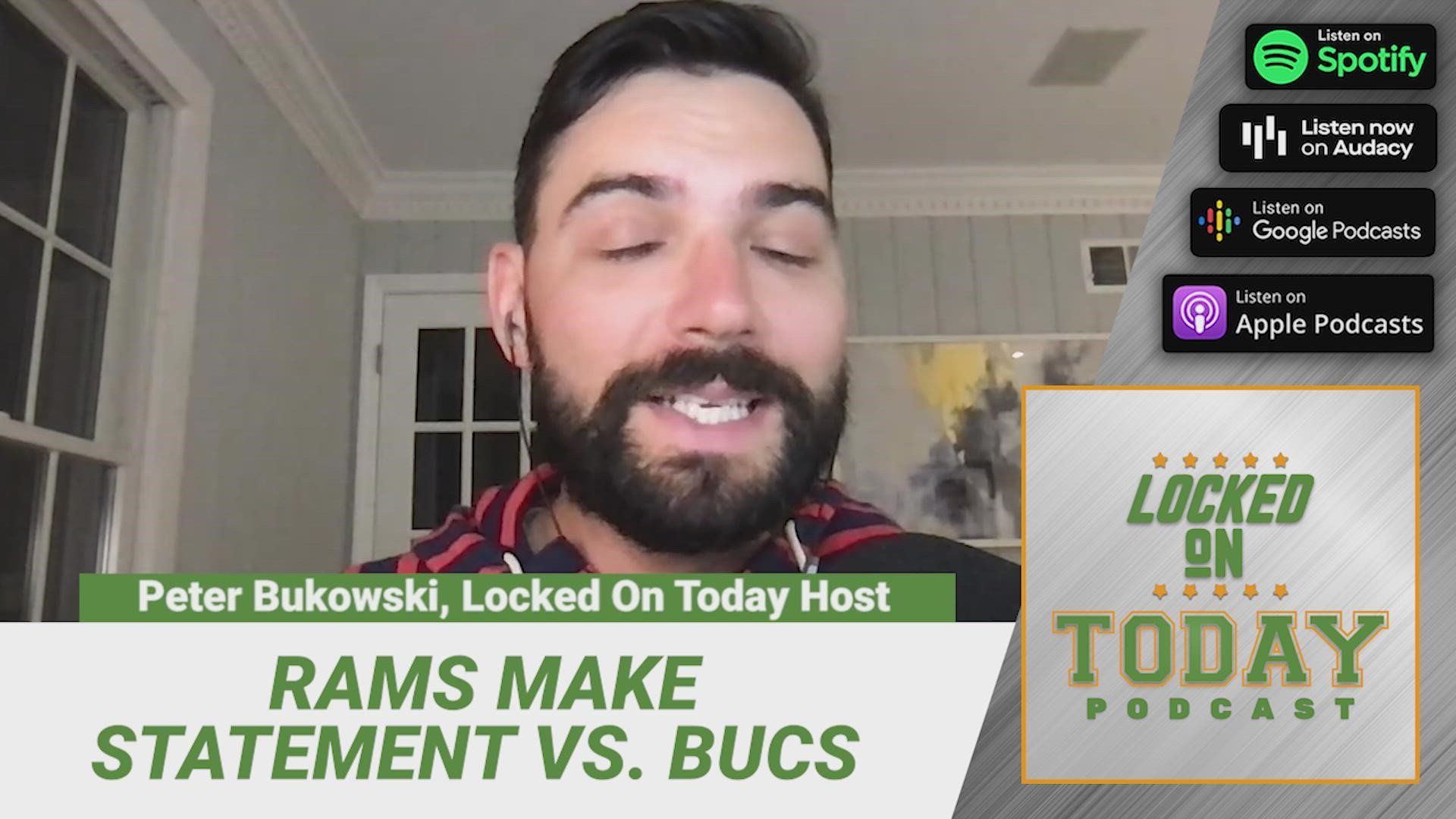 LOS ANGELES — It was another wild week in the NFL with last-second wins, record-setting performances and some surprising losses.

While these five teams have been more than solid thus far this year, what did we learn on the third NFL Sunday of the year?

Rams likely to take over top spot in power rankings

The Tampa Bay Buccaneers and Los Angeles Rams played Sunday in L.A. in a game that may be a preview for a second act later in the year. The Rams' offense led by Matthew Stafford could not be stopped as they went on to defeat the Bucs 34-24.

With the Rams' win, they'll likely overtake the Bucs in our Locked On/TEGNA NFL Power Rankings this week, which will come out on Tuesday.

Stafford is showing just how good he is early in the year and has the Rams rolling. They'll play Arizona at home in a battle of NFC West 3-0 teams next week.

I think we're going to have a new #1 this week

The Kansas City Chiefs lost for the second-straight week to move to 1-2 on the season, falling to the Chargers 30-24 at home.

The Chiefs will have to get back on track next week at Philadelphia.

Although, the bad news didn't stop there. Head coach Andy Reid was feeling ill at the end of Sunday's game and was hospitalized as a precaution. According to the team, Reid is in stable condition.

The Detroit Lions literally found a new way to lose on Sunday when Baltimore Ravens kicker Justin Tucker did something that has never happened before in an NFL game.

The Lions had a one point lead with just over a minute to play when Baltimore took over. The Ravens could only get to the Detroit 48-yard-line, but it was no problem for Tucker, whose field goal hit the crossbar and then went in.

Justin Tucker was literally BEHIND the logo on this kick pic.twitter.com/ZByTE9thuO

The 0-3 Lions scared the Ravens momentarily, after the Ravens had defeated the Chiefs at home last week, but Baltimore got out alive and move to 2-1.

The Lions are one of five teams yet to get a win through three weeks (Colts, Jets, Giants, Jaguars).

Putting it mildly, Justin Fields had a tough time in his debut as a starter. The rookie out of Ohio State was named the starter for Sunday's game against the Browns as Andy Dalton is out with an injury

Fields was sacked NINE times by the Browns defense and was just 6-for-20 on the day with just 68 yards passing. The Browns defeated the Bears 26-6.

The Bears were 1-for-11 on third down and had just 47 total yards of offense, compared to Cleveland's 418 yards on offense.

Andy Dalton could miss more time with his knee injury, so Fields could get another crack at starting next week against the 0-3 Detroit Lions.

It was another wild ride on Sunday Night Football as the Green Bay Packers defeated the San Francisco 49ers on a last-second 51-yard field goal by Mason Crosby.

With just 37 seconds left, the Packers had to get into field goal range. Aaron Rodgers found Davante Adams over the middle on the first play to get a big chunk of yards. Two plays later they were in field goal range and Crosby knocked through the game-winning kick. The Packers move to 2-1 after a horrendous start in Week 1. They're home against the Steelers next week.