NFL Roundup: Carnage in NFL on Sunday as underdogs take over

It was the day of the underdog on Sunday with seven underdogs winning their games outright. 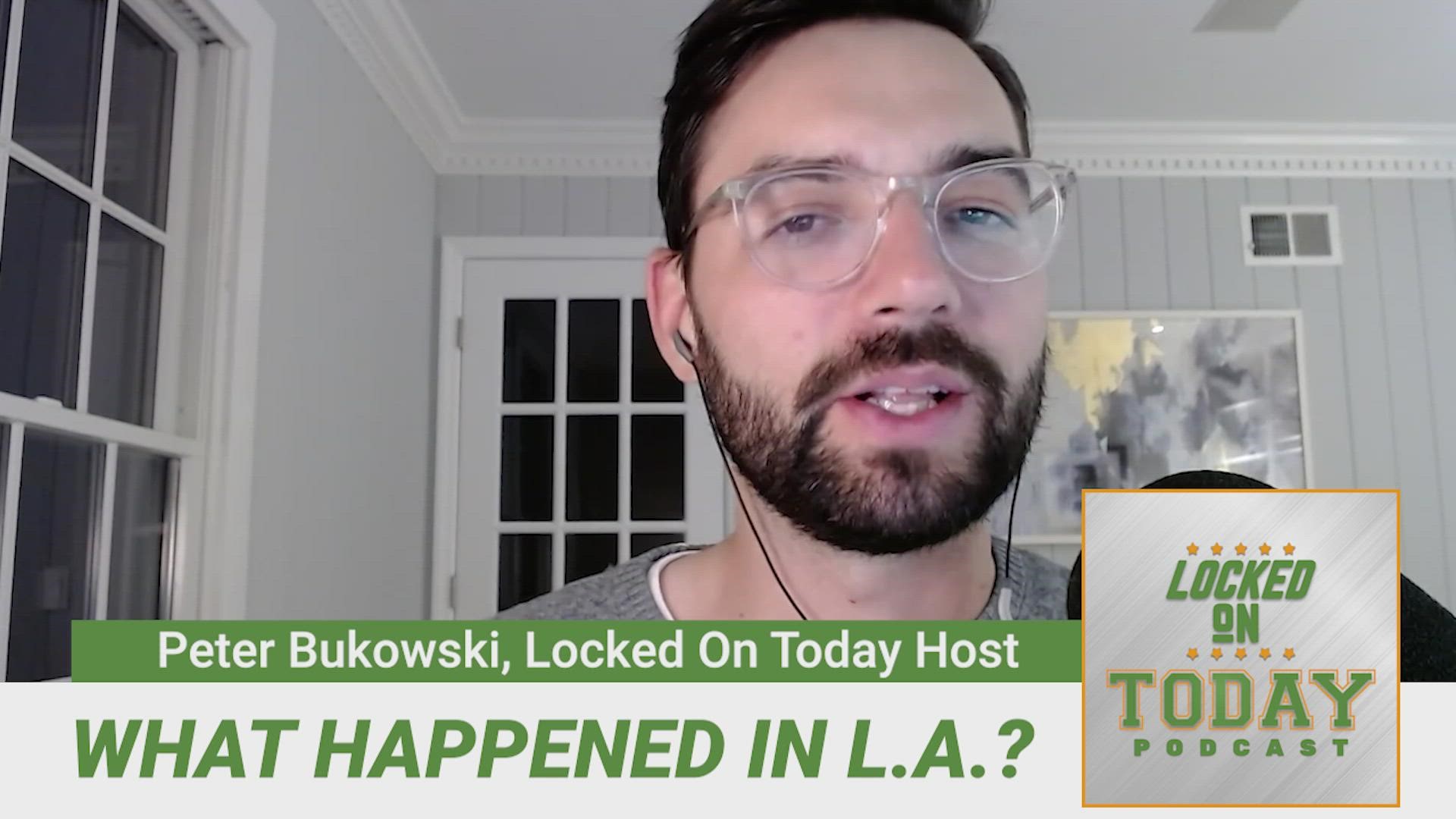 LOS ANGELES — We've had some wild NFL Sundays this year but Week 9 Sunday takes the cake thus far for what took place around the league.

On Sunday, seven (SEVEN) underdogs won their games outright including the Jaguars topping the Bills, the Broncos dominating the Cowboys, the Falcons beating the Saints, the Browns over the Bengals, the Giants over the Raiders and the Titans over the Rams.

Oh, and don't forget the now 8-1 Arizona Cardinals, who were underdogs on Sunday against San Francisco and didn't have starting quarterback Kyler Murray or top receivers DeAndre Hopkins and A.J. Green or J.J. Watt, and still dominated the 49ers.

Check out some of the other top storylines from Sunday's NFL action.

Get caught up on all things NFL with the Locked On NFL podcast, your daily podcast for NFL news, analysis, rumors and predictions.

Last week, the Cleveland Browns and Odell Beckham Jr. agreed to part ways after drama unfolded with Beckham's desire to get out of Cleveland. It was escalated when his father posted a video of Baker Mayfield not throwing his son the ball. It's been a pain point in Cleveland the last couple of years that OBJ has demanded more touches.

Beckham was excused from practice until we found out he was going to leave the team. The two sides agreed on a settlement and he officially hits waivers Monday morning.

The distraction certainly wasn't a problem for the Browns. They went into Cincinnati and dominated on Sunday. Baker Mayfield threw for two touchdowns and Nick Chubb ran in two more as the Browns coasted to a 41-16 win over the Bengals. Two weeks ago, Cincinnati had the division lead. Now, they find themselves at the bottom.

Mayfield said the team is bought in as they pursue their second-straight playoff appearance.

No Derrick Henry, no problem for Titans

The Tennessee Titans lost their best player and potential MVP candidate Derrick Henry last week with a foot injury and then they had to go to Los Angeles to take on arguably the NFL's top team, the Rams, in primetime.

The Titans had no issue.

They went down 3-0 early, but then they intercepted Matthew Stafford on back-to-back possessions, once for a touchdown, and Tennessee's defense locked down the Rams' high-powered offense.

It was the finale for a day filled with underdog wins and inexplicable blow outs. The Rams joined the Cowboys, 49ers, and Bengals as favored teams who were blown out at home on Sunday.

The Titans offense didn't even have to do much thanks to their defense. Tennessee had less than 200 total yards of offense. But, the defense had a touchdown (basically two) on two interceptions and sacked Matthew Stafford five times.

Will that be sustainable going forward for the Titans? Probably not, but they didn't exactly have to force a lot on offense, especially in the second half.

The Titans move to 7-2 on the year and hold the best record in the AFC, even after a bad start to the season and a loss to the Jets.

The Titans defense dominated the day with 5 sacks and two turnovers!

That is 4-0 through the most difficult part of the schedule and the Titans currently own the number one seed! pic.twitter.com/wkyX4g5sEU

What happened in Dallas?

The Cowboys came into Sunday's game against the Denver Broncos as 10-point favorites at home. Dak Prescott was returning after they defeated the Vikings last week with backup QB Cooper Rush.

But, Dallas could not do anything against the Broncos defense for most of the game.

The Broncos offense had over 400 total yards to Dallas' 290 and Denver had nine more first downs and more third down conversions while the Cowboys went 0-for-4 on fourth down.

In his return, Dak Prescott went 19-for-39 with two touchdowns and an interception while averaging just 5.9 yards per attempt.

It was a big win for Denver and an odd loss for Dallas as they were up to No. 4 in the Locked On NFL Power Rankings. Dallas will look to bounce back next week at home against the Falcons.

Here's a team that has quietly been going off lately. The New England Patriots picked up their third straight win on Sunday with a 24-6 win in North Carolina against the Panthers.

New England is now 5-4 on the year after starting 2-6. It was a strong game for the Patriots defense and the offense was able to put together some scores thanks in large part to the balance three-running back rushing attack.

The Patriots currently hold the final Wild Card slot at 5-4 and could make even more noise next week if they can defeat the Cleveland Browns at home.

Find the daily Locked On podcast for your NFL team here