Backup quarterbacks stepped up big for several teams including Cooper Rush for the Cowboys on Sunday night. 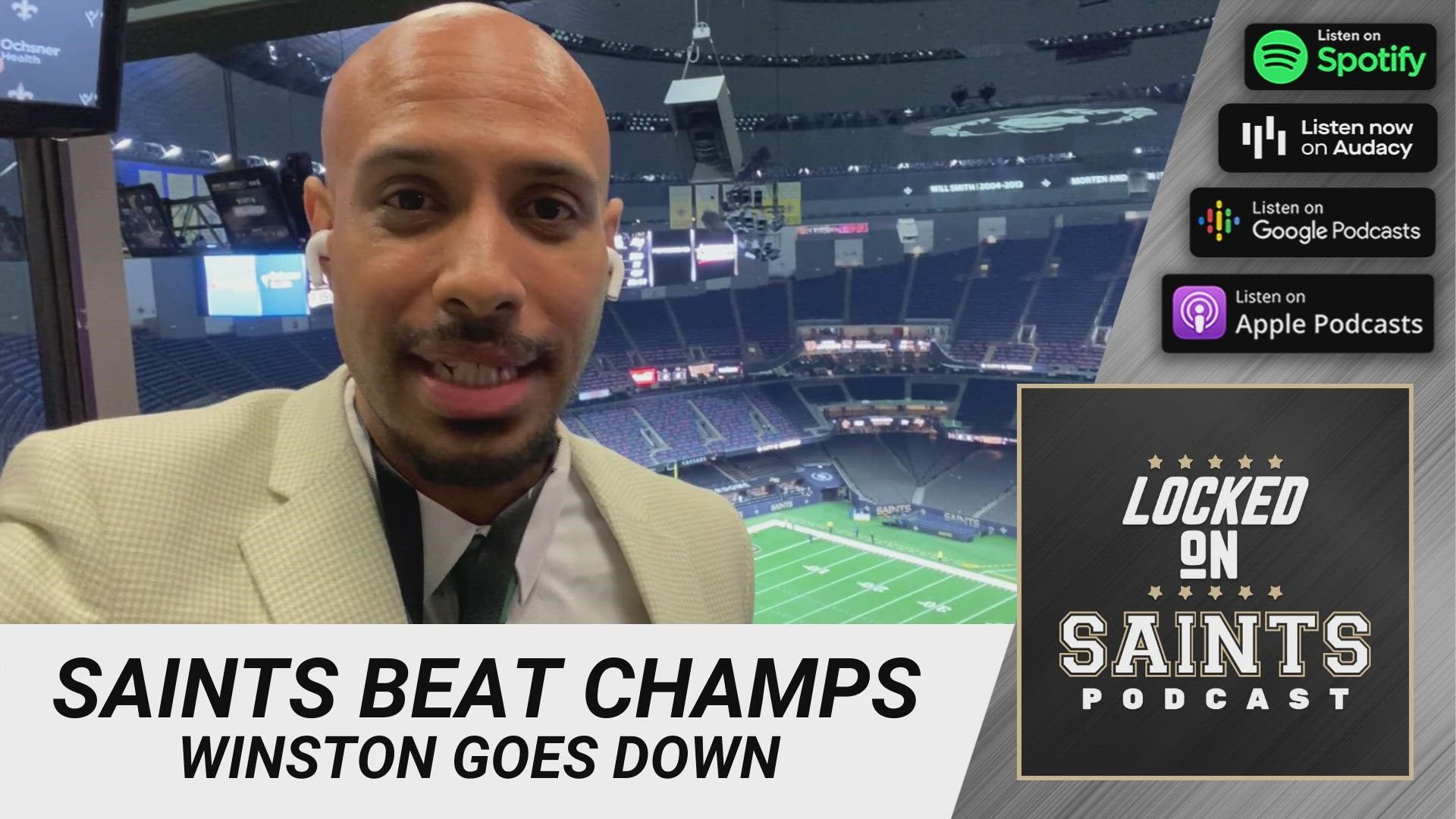 It was the day of the backup quarterback around the NFL on Sunday in Week 8 and they did not disappoint.

Headlined by Cooper Rush filling in for an injured Dak Prescott in a 20-16 win over the Vikings on Sunday night, several other backups helped pick up big wins for their teams.

Check out some of the top storylines from Sunday's NFL action.

Get caught up on all things NFL with the Locked On NFL podcast, your daily podcast for NFL news, analysis, rumors and predictions.

This is how puzzling the NFL is. The Cincinnati Bengals are coming off a major victory on the road against the Ravens and then end up losing outright to the New York Jets, a bottom three NFL team.

Jets backup Mike White had a lot to do with it. He's replacing injured rookie Zach Wilson and he's doing a good job of it. White went an incredible 37-for-45 through the air for 405 yards and three touchdowns as well as two interceptions.

The Jets out-gained the Bengals 511 to 318 and had nearly double the first downs Cincinnati did. The Jets trailed the Bengals 31-20 with just over seven minutes left but they came back and scored two touchdowns to win.

After scoring one TD to get within a score, they intercepted Joe Burrow at the line of scrimmage in the red zone, which set up an easy touchdown to take the lead with just over four minutes to play.

The Jets are now 2-5 with wins over the Titans and Bengals. They may not be done playing spoiler against good teams this year.

The New Orleans Saints picked up a big upset win at home over Tom Brady and the Tampa Bay Buccaneers on Sunday 36-27. For much of the game, the Saints were led by third-string quarterback Trevor Siemian, who entered the game after Jameis Winston suffered a knee injury.

Backup Taysom Hill already was out with an injury.

Siemian was strong for the Saints, throwing 29 times for 16 completions, 159 yards and a touchdown.

#Saints with a massively important and resilient victory over the Tampa Bay Buccaneers.

The Saints got out to a 23-7 lead in the third. Two quick touchdowns from Brady got the Bucs back within two points.

The Saints led 29-27 with 1:44 to go, usually plenty of time for Tom Brady. But, P.J. Williams intercepted Brady for a 40-yard touchdown to seal the win for the Saints.

New Orleans is now 5-2 on the year and just half a game behind Tampa for the NFC South lead. But, Jameis Winston may have a significant knee injury, leading to questions about what they'll do in upcoming weeks.

SUBSCRIBE to the Locked On Saints podcast, free and available on all platforms

All week, we were waiting with bated breath about whether Dallas Cowboys star QB Dak Prescott would play in Sunday night's game against the Vikings with news that he had a calf injury.

He made it onto the field in Minnesota for pregame warmups, but then the decision was made that Prescott would be inactive, a huge loss for Dallas.

In comes backup quarterback Cooper Rush, who had not thrown a pass in the NFL since 2017.

Well, his name will be remembered in Dallas for a long time.

Rush went 24-for-40 with 325 passing yards and two touchdowns and an interception.

Rush led a late drive that would win the game for Dallas after the Vikings took a late 16-13 lead.

The drive started with 2:51 to go in the game and ended with a touchdown pass to Amari Cooper to give Dallas the four-point lead. The defense picked up a stop to move America's Team to 6-1 on the year.

The Cowboys are for real.

PODCAST: @McCoolBCB and I breakdown the incredible win by the #Cowboys over the Vikings on SNF. https://t.co/bKTiq2GnJC pic.twitter.com/gnA2fHOLkj

Before games started on Sunday we were made aware that star Atlanta Falcons receiver Calvin Ridley would be inactive due to personal reasons for Sunday's game against the Panthers. Ridley issued a statement saying he needed to step away from football to work on his mental well-being. He will be out indefinitely.

I hope with whatever Calvin Ridley is dealing with, he comes through the other end better and healthier. #Falcons

Winston was carted to the locker room with a knee injury in Sunday's win over the Bucs. Sean Payton said his knee injury could be "significant." NFL Network's Ian Rapoport reported it as both an ACL and MCL injury.

Jameis Winston with an apparent ACL injury, as well as potential damage to the MCL. A frustrating win for New Orleans. https://t.co/AssA3pPMJn

Prescott was inactive with a calf injury on Sunday as Cooper Rush filled in and helped Dallas get the win over the Vikings.

It's unclear if Prescott will be able to return with his right calf strain by next week.

Star Dallas cornerback Trevon Diggs went down in the second half with an ankle injury. He has a right ankle sprain. His timetable to return is unclear at this time.