NFL Network reports that Rodgers is unvaccinated against COVID-19, forcing him to miss Sunday's game. The quarterback told reporters this summer he was 'immunized.' 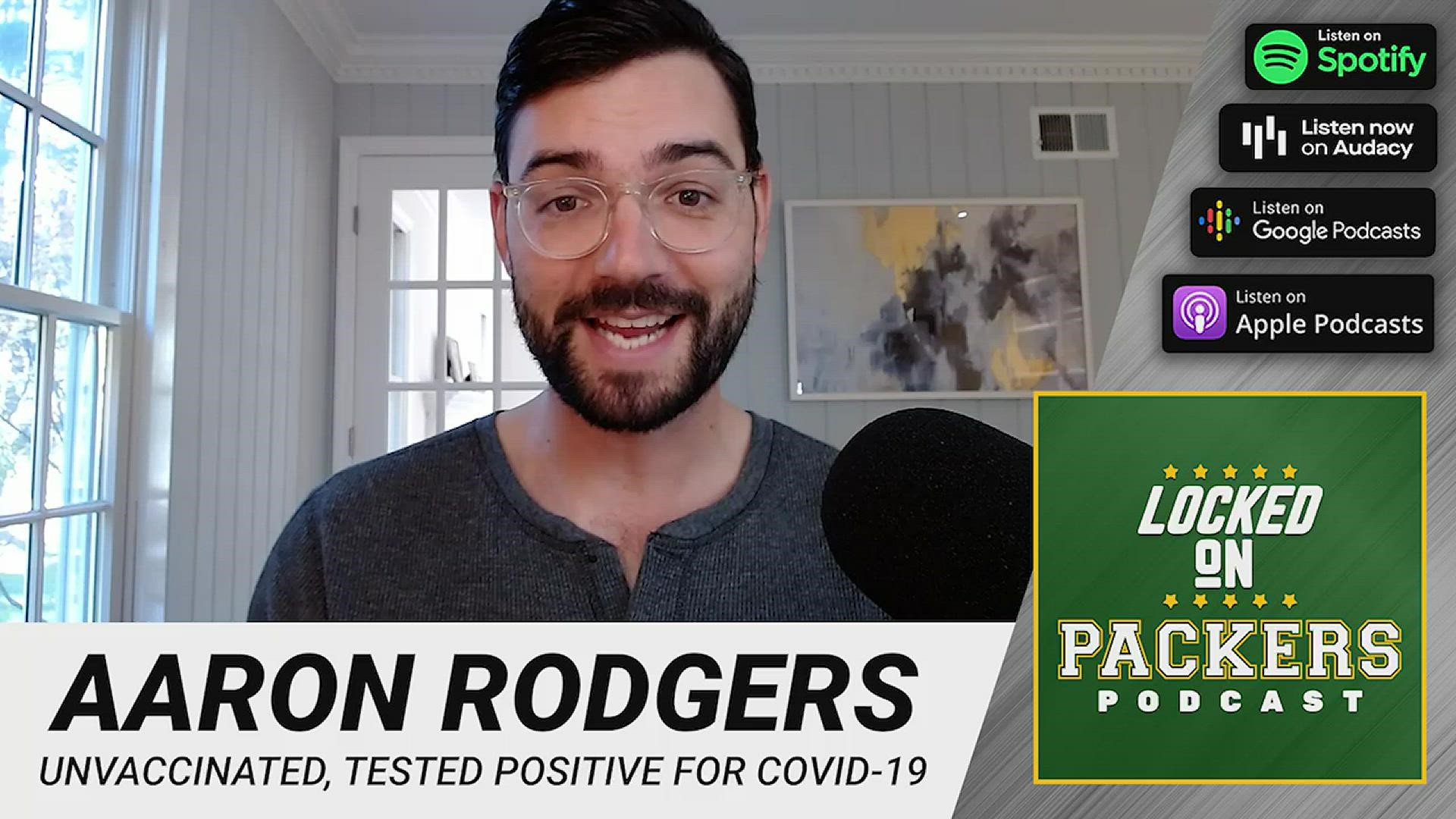 GREEN BAY, Wis. — Green Bay Packers quarterback Aaron Rodgers has been placed on the COVID-19 list after testing positive for the virus, according to multiple reports. That will force the reigning NFL MVP to miss Sunday's game against the Kansas City Chiefs.

NFL Network's Ian Rapoport and Mike Garafolo report that Rodgers is unvaccinated against COVID-19, forcing him to miss Sunday's game. The quarterback told reporters this summer he was "immunized" when asked about the COVID-19 vaccine.

“Yeah, I’ve been immunized,” Rodgers said during a news conference in August. But said he knew there were players on the team who are not vaccinated and said he would not judge them for their "personal" decision.

These are essentially synonyms. To me, tantamount to lying. He framed it this way to not get further questions about it. https://t.co/TtDD3guQo6

Don't get bogged down in semantics and suggest Rodgers equivocated.

He didn't. He was asked point blank by @ByRyanWood if he was vaccinated.

That is a lie. Period.

SUBSCRIBE to the daily Locked On Packers podcast, free and available on all platforms

Just last week, the Packers were dealing with COVID-19 issues involving star wide receiver Davante Adams, who tested positive and had to miss last Thursday's win against the Arizona Cardinals.

The Packers have won seven-straight games after they were dominated by the Saints in Week 1. Green Bay sits at No. 2 in the Locked On NFL Power Rankings this week after defeating the previous No. 1 Arizona Cardinals.

Aaron Rodgers 37, has been exceptional thus far this season with 17 touchdown passes and just three interceptions through eight games.

Now, the Packers will likely turn to backup quarterback Jordan Love for Sunday's game against the Chiefs in Kansas City. The Packers drafted Love in the first round of the 2020 NFL Draft despite the remaining years on Rodgers' deal.

There are other players on the #Packers who are unvaccinated and they've been masked on the sidelines.

We haven't seen Rodgers masked, which means either he was either not following protocols, or the Packers were misinformed about his status.

Aaron Rodgers will miss Sunday's game against the #Chiefs and potentially longer because he's positive for COVID-19 and reportedly unvaccinated. pic.twitter.com/36eJmYlNDE

This is a developing story, stay with us for updates.