The Seattle Mariners have the longest active playoff drought in MLB, the NFL, NBA and NHL and they're now just a half-game out of the AL Wild Card. 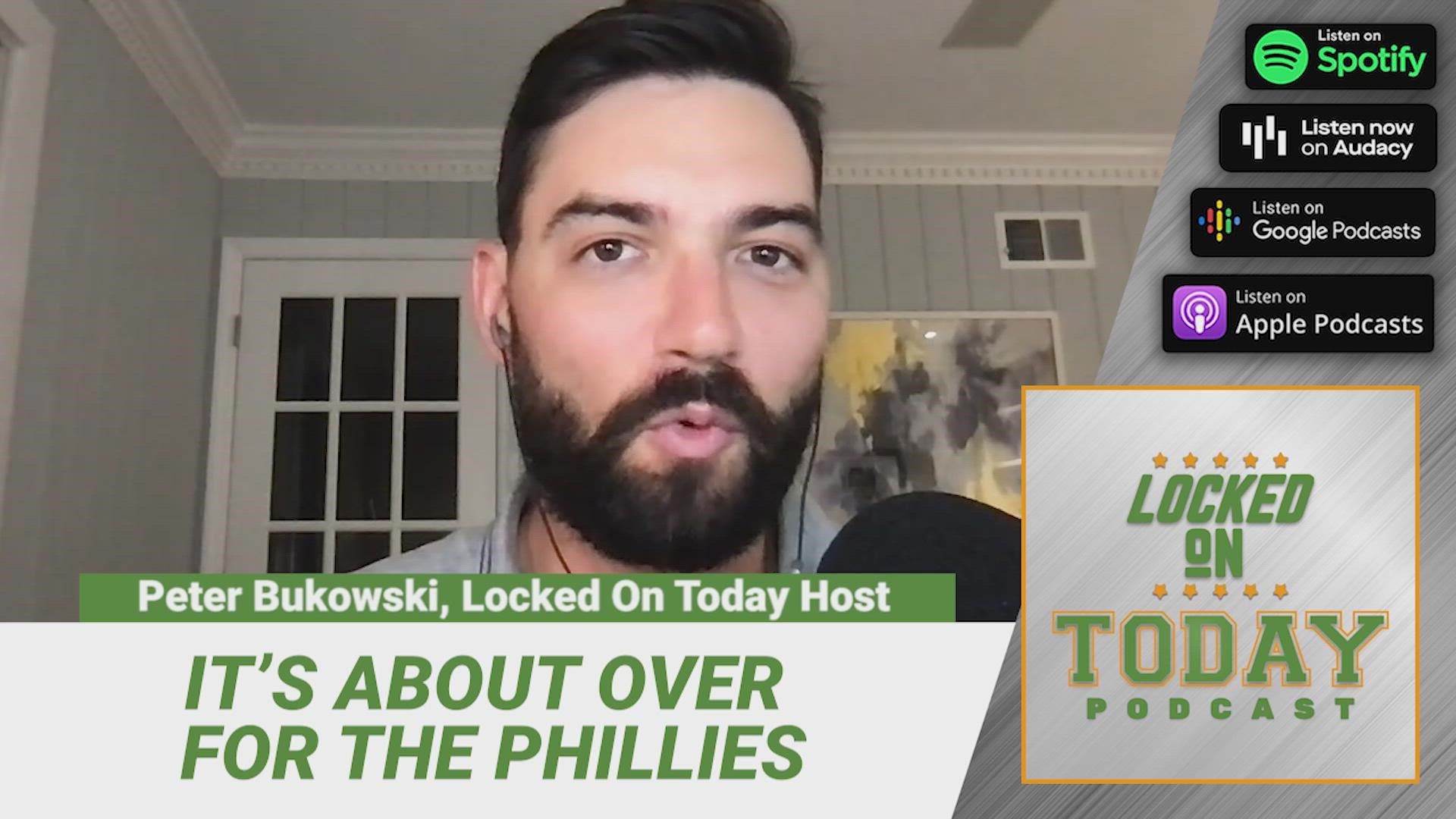 SEATTLE — We were promised the final weeks of the MLB regular season would be wild as teams push for the playoffs and they have not disappointed.

The St. Louis Cardinals had a 1.3% chance of making the playoffs on Aug. 8. Now, a month and a half later, the Cardinals have officially clinched the second Wild Card slot thanks to an MLB-record 17-game winning streak.

With just five games left, the NL East and NL West are not officially decided yet, but the Phillies are on life support after their loss to the Braves on Tuesday night. The Phillies are 3.5 games back with five to go.

#Cardinals are heading to the Postseason!

⚾️ Accomplishment deserves a ton of credit from everyone
⚾️ Adam Wainwright won the clincher (because of course he did)
⚾️ How the #STLCards can now prepare in final five games#STLFLYhttps://t.co/KkgNtgPzbA pic.twitter.com/wJH61Jtgrp

The NL West race for the No. 1 seed in the playoffs is not quite over yet, either. The Dodgers do remain two games back of the Giants. The Giants are currently in a series with the last place D-backs while the Dodgers are playing the Padres. Then, the Giants will finish the year against the Padres while the Dodgers will host the NL Central first-place Brewers for a series.

The implications of the NL West race are enormous as even though the Giants and Dodgers have the two best records in the majors, one will get the 1-seed while the other will have to play in the NL Wild Card game.

The Seattle Mariners have the longest active playoff drought in MLB, the NFL, NBA and NHL and they're now just a half-game out of the AL Wild Card after a thrilling win against Oakland on Tuesday night and a Red Sox loss to the Orioles.

This is the closest the Mariners have been to earning a playoff spot with five games or fewer to go since 2001, when they last made the playoffs.

On Tuesday night, they earned their 11th-straight win over the A's.

It's September 28th and the #Mariners are 0.5 GB of ending the longest playoff drought in major American sports.

Tomorrow's episode of @LO_Mariners should be a fun one. pic.twitter.com/shCsCzgjRs

SUBSCRIBE to the Locked On Mariners podcast, your daily podcast for all things Mariners. Free and available on all platforms.

Five teams technically still have a shot at the AL Wild Card, although the A's are the most unrealistic at 3.5 games back. The Yankees hold the first slot and are up 2 games on the Red Sox in the second spot, who are up one-half game on the Mariners now and one full game on the Toronto Blue Jays.

While the Yankees hold the first AL Wild Card slot with five games to go, they have the hardest finishing schedule of any team competing for the Wild Card.

SUBSCRIBE to the Locked On Yankees podcast, your daily podcast for all things Mariners. Free and available on all platforms.