It's the first time since 1964 that Michigan and Michigan State will face each other while both teams are ranked in the top 10. 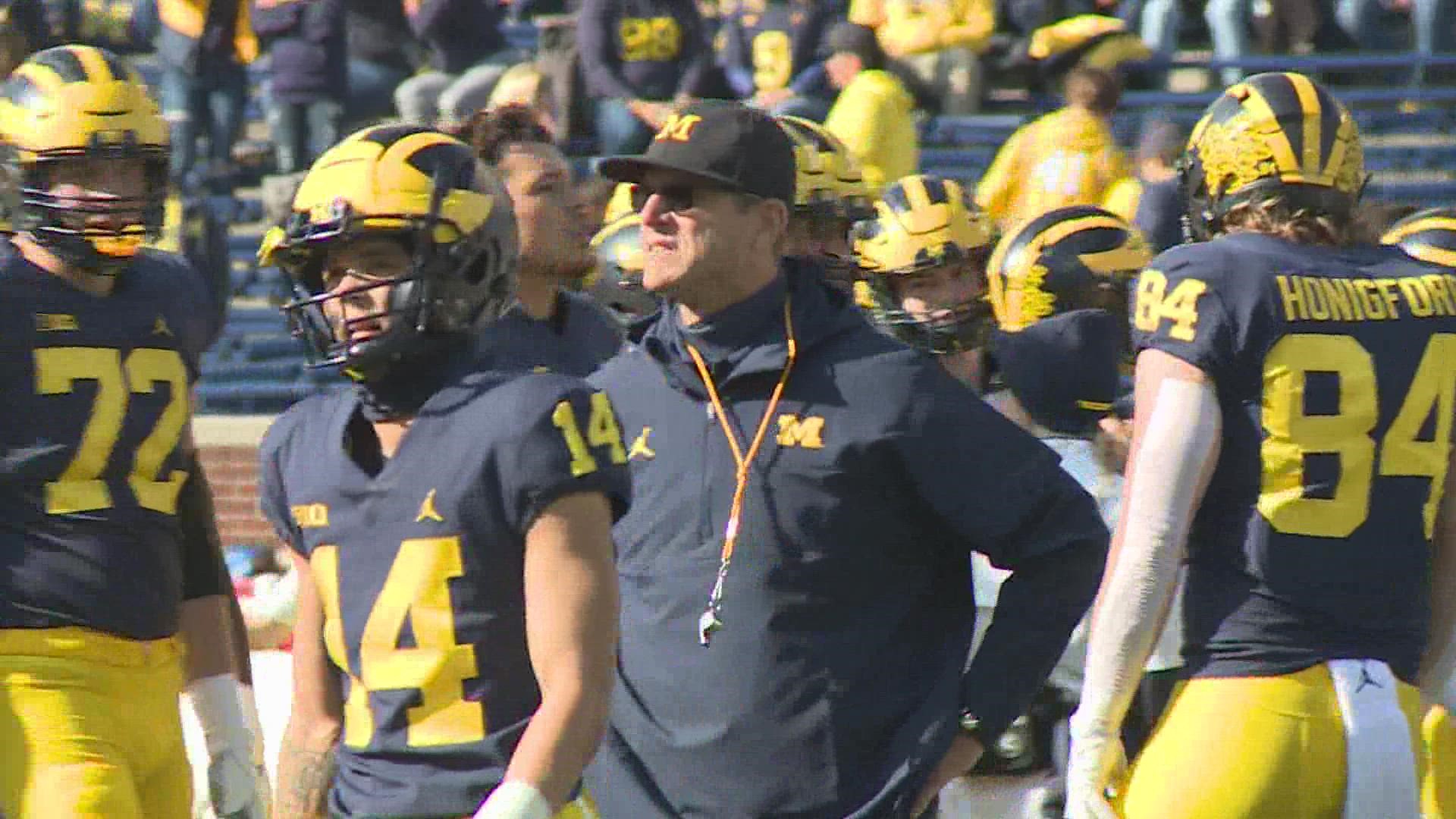 EAST LANSING, Mich — ESPN's 'College GameDay' and Fox's 'Big Noon Kickoff' on Saturday will both be live from East Lansing, Michigan, for college football's showcase game between No. 6 Michigan and No. 8 Michigan State.

FOX will also broadcast the game, scheduled for a noon ET kickoff.

Most weekends, Fox's pregame show is live from a studio rather than on location. But, it will be live near the stadium for the top 10 matchup. Big Noon Kickoff features USC Heisman Trophy winners Reggie Bush and Matt Leinart, former Notre Dame quarterback Brady Quinn, ex-Oklahoma coach Bob Stoops and host Rob Stone.

This marks the eighth time in College GameDay's history (since 1993) that the show will be live from East Lansing, the home of Michigan State.

It also marks the fourth time in history that GameDay has been live from location of a Michigan-Michigan State game. That last time GameDay was on location for the rivalry was in 2015, when No. 7 Michigan State defeated No. 12 Michigan on the final play of the game on a blocked punt touchdown.

It's Hate Week in the State of Michigan.

Follow along with @isaiahhole of @onwolverines and @Sheehan_Sports + @Wil__Hunter of @OnSpartans wherever you get your podcasts this week as all eyes are on the No. 6 vs. No. 8 matchup in East Lansing on Saturday. pic.twitter.com/4k7rZmtcqw

SUBSCRIBE to the daily Locked On Spartans podcast, free and available on all platforms.

SUBSCRIBE to the daily Locked On Wolverines podcast, free and available on all platforms.

Michigan and Michigan State are both undefeated at 7-0 coming into the game. Michigan State defeated then-No. 24-ranked Miami (Fla.) but neither team has played a ranked game other than that this season thus far.

Michigan is currently favored by 4.5 points for Saturday's game, per Locked On partner BetOnline.ag.

It's the first time since 1964 that Michigan and Michigan State will face each other while both teams are ranked in the top 10.

Michigan-Michigan State isn't the only ranked matchup on Saturday's slate. No. 10 Ole Miss plays at No. 18 Auburn and No. 20 Penn State plays at No. 5 Ohio State.