Fans hold out hope that COVID-19 numbers will decrease, and they'll be able to attend in-person at the next home game in October. 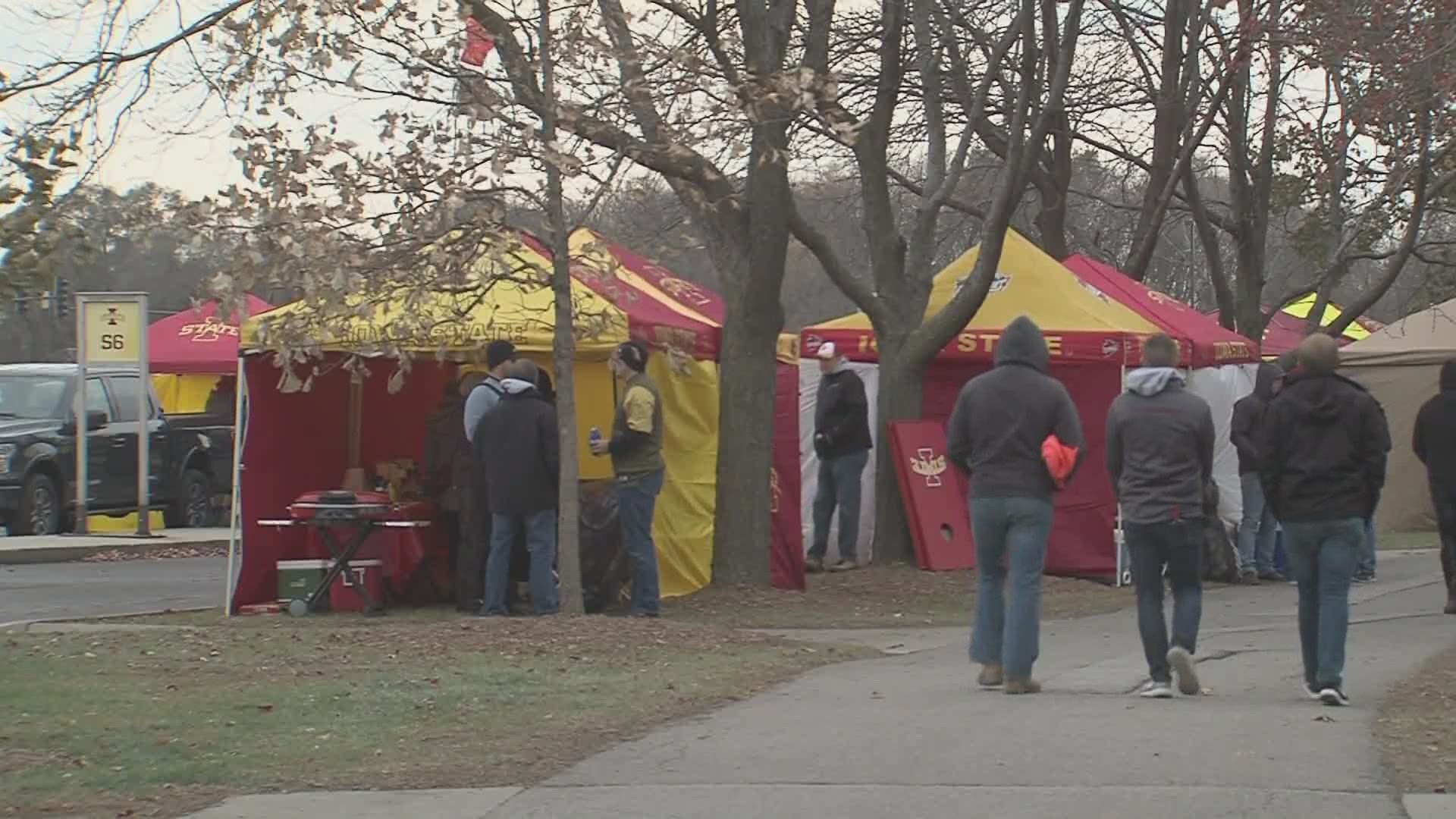 AMES, Iowa — William Clark says he's been attending Cyclone Football games for as long as he can remember.

"My first Iowa State game I was probably five and I've been going to games ever since," said Clark.

Clark, who is a mobile passholder, says he was set to attend this Saturday's game. Living in Cedar Rapids, he's among the minority of Cyclone fans in Hawkeye territory who were gearing up to go. He recalls last week at work, they were sharing their excitement.

"So we were all pumped--the Cyclones that were in the room were pumped," said Clark. "You know we get 25,000 fans, it's going to be awesome. Of course, our Hawkeye coworkers weren't super pleased that they weren't even going to play [in the Fall]."

William Clark says he's been attending @CycloneFB games since he was five years old. He's holding out hope that COVID-19 numbers will decrease in Story County and he may have a chance to attend in-person in October at a 25,000-fan game, in alignment with @isuathletics 8/31 plan. pic.twitter.com/JTKRQMmHsB

Then Wednesday, amid climbing COVID-19 numbers in Story County, the ISU Athletic Department reversed their decision to allow 25,000 fans. Instead, the stands at the season opener would be empty.

Clark said he wasn't necessarily surprised, but he was definitely bummed since he had thought that ISU had come up with a solution. Pollard Letter: Fall Updates - Iowa State University Athletics
Aug. 31, 2020 Dear Cyclone fans, During the past several weeks, we have been working closely with university officials as it relates to having fans at home football games. As a result of those discussions, we have decided to provide fans, who purchased season tickets, the opportunity to attend our opener on Sept.

"I think the protocols set in place by the Big 12 and by Jamie [Pollard] and the Athletic Department would've significantly decreased the risk for an outbreak [of COVID-19]," said Clark. "Certainly there might've been a transmission or two and there's no way to know for sure obviously since it's not going to happen."

Clark also said he felt Cyclone fans would adhere to guidelines, knowing that in a pandemic, in-person cheering is a privilege.

"I would like to believe that the fans in the stands would've realized what an opportunity this is--it's a prviliege--and they would've acted accordingly," he said.

Meanwhile, Ray Schmidt, owner of Farm Story Meats, says empty stands will cost him business. The ISU alum and entrepreneur says his business started tailgate meat delivery last year. They had a few kinks to work out, and he was looknig forward to growing business with this football season.

"People would order [meat] beforehand, and I would come to their tailgate and basically deliver them meat that they could cook for tailgating purposes," said Schmidt.

Schmidt says, like many, he didn't think the pandemic would last until football season. It's now been awhile that the reality has sunk in that there'd be no tailgating, but it doesn't make it any easier.

"It's unfortunate, because that's a big part of my business," he said.

Still, diehard fans are hoping that the COVID-19 numbers in Story County will quickly decrease so they'll be able to attend the next home game in-person, on October 3.

The Iowa State Athletics Department says they will closely monitor COVID-19 numbers and make a decision in the coming weeks.