In this Father's Day special, we take a look behind the curtain of Rebels head coach Clint Hartman and the experiences that made him the dad he is today. 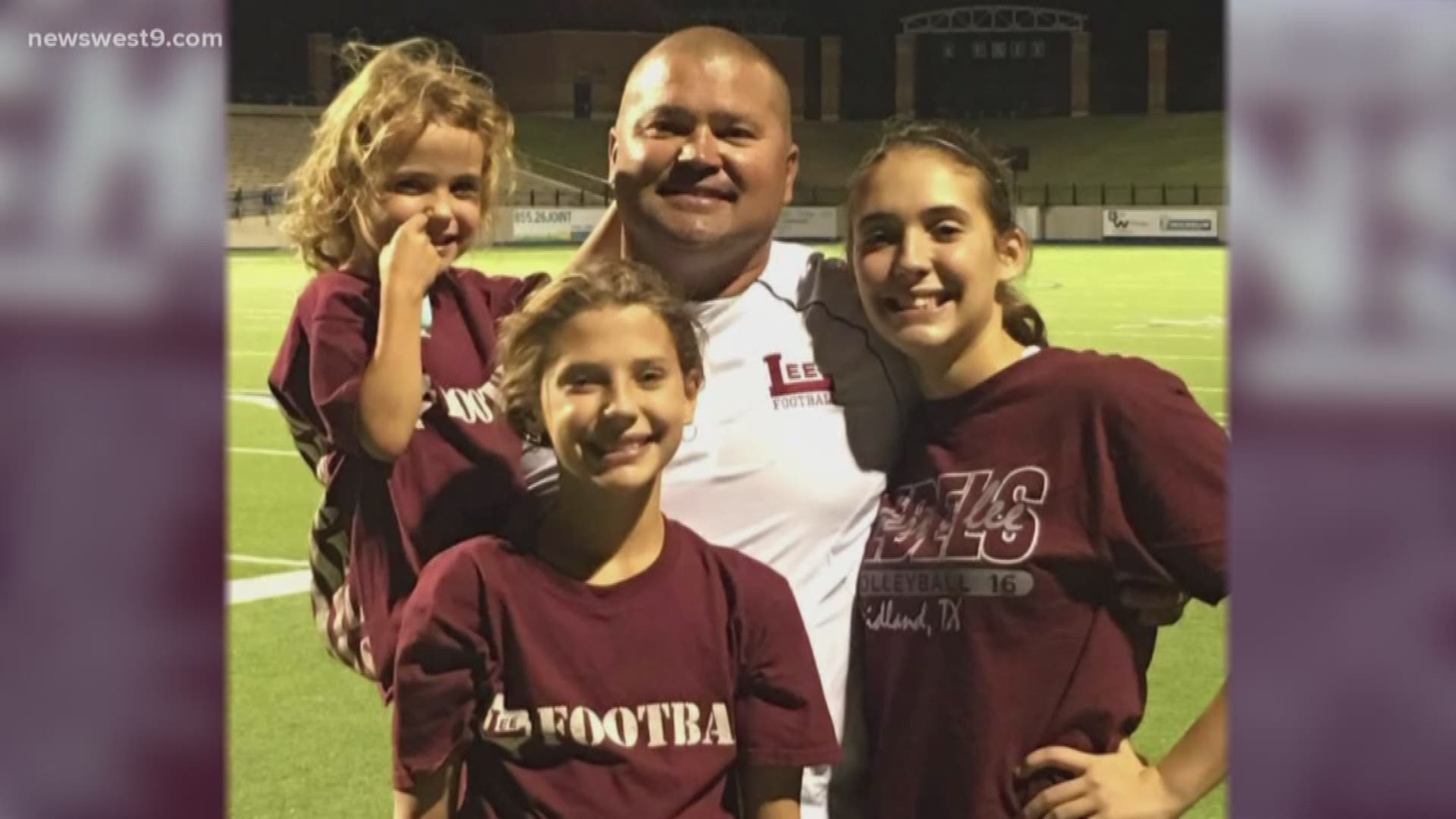 MIDLAND, Texas — Midland Lee athletic director and head football coach, Clint Hartman, is a regular on NewsWest 9 Sports, but what we don’t get to see when he’s on the field are the trials he's been through.

Madison is headed to her father's Alma Mater in Hardin-Simmons University to play basketball. Her and her sisters have learned many lessons, on and off the field (or court), from their parents.

“You better have a lot of plays," Madison said. "You never know what the next day has so you better be ready to adapt and overcome."

One of many 'Hartman' sayings based off lessons he's learned from a trying past.

When Clint was 19 years old, he was diagnosed with Stage III Hodgkins Lymphoma.

“They said, 'you have 6 months to live," Clint said. "I knew how short life was and that you have to cherish it. My mother, before she passed, she always used to tell me, ‘I wanna go into heaven and slide in sideways, like an old used car.' That’s how I’ve tried to figure it out.”

That lust for life is instilled into his fatherly and coaching philosophy.

“I tell our coaches when I first hire them, if they miss one of their kid's events, that’ll be the first way to get fired around here," Clint said. "I think it’s good and healthy for those kids to be in the locker room and see those coaches. I love kids.”

Loving kids is pretty important when coaching an entire team, but every evening, there's three more kids waiting at home. They prefer to call him dad.

“He’s just putting pressure on himself to make sure we’re all happy," Jetta said.

“He has a lot to do but he still takes the time for family, but he’s also taking time to show his kids that he cares by trying to get them back up here," Madison said.

He can't do it alone, though. He never takes his partner in crime for granted.

“This is Father’s Day but it doesn’t work unless you have the right wife and people always ask, 'how do you and your wife do it," Clint said. "She’s a head coach and you’re a head coach. If I sit there and told my three daughters, 'your mother doesn’t need to be the head coach no more cause I don’t have time for it', what’s gonna happen when they have a dream and they become married, and their husband tells them, 'we can’t do that because you gotta have more time to be with the family.”

For this family, it's all about heart.

“How I love them is how I should love the world. How I relate to my girls is how I should relate to the world," Clint said. "Kids do not care about what you know until they know how much you care. Sometimes the X’s and O’s are a little bit overrated.”

As far as the X's and O's of life, the Hartman family has quite the playbook.