Lee's Jenna McEnaney and Permian's Hannah Gore have grown up playing club soccer together, and while they were rivals in high school, they're teaming up at UTPB. 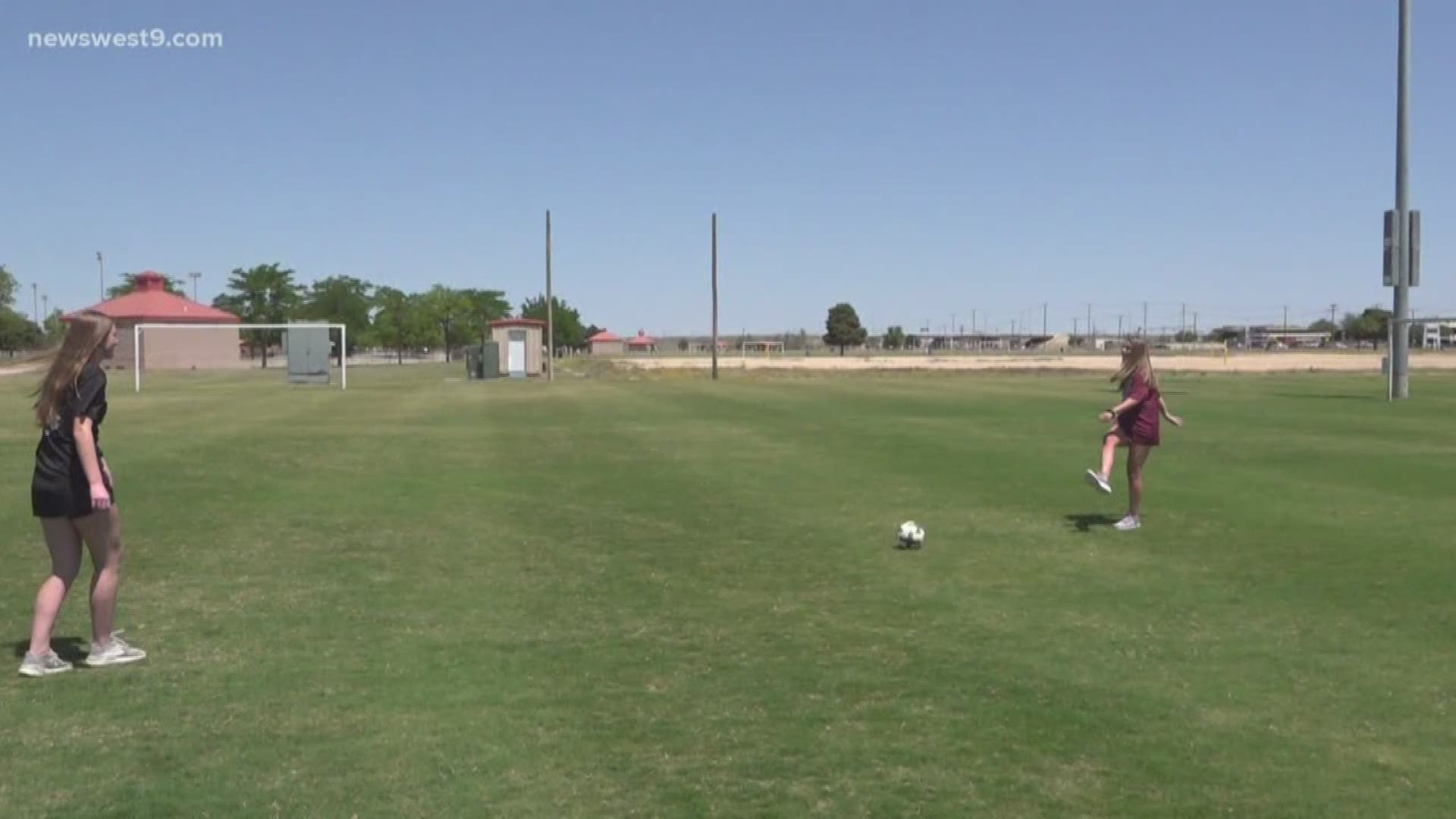 ODESSA, Texas — Midland Lee's Jenna McEnaney & Permian's Hannah Gore have been connected through club soccer for over a decade.

They've anchored the defense with McEnaney as a goalkeeper and Gore as a center back.
"I feel like we've been through a lot together and a lot of the same things with our injuries," Gore said. "Us playing so close to each other on the field too just makes us really close teammates."
While they're buddy-buddy off the field, this Permian Basin rivalry is no joke.
"When it comes to game days and we would usually go up against each other, I would text her, 'We're gonna beat you," Gore said. "Of course, she would text me the same thing back."

Motherly advice helps fuel the fire, too.
"My mom always said, 'You aren't friends when you're on the field,' so there's always a good competition between the two," McEnaney said. "There's some encouragement and big hugs after the game."
Their bond only grew tighter while being there for each other through similar knee injuries.
"She did come and visit me after my surgeries and I came and visited her so it's really good to be able to support each other," McEnaney said.

Coming back from a severe injury is a mental challenge only athletes who have been through it understand.
"It's really hard to stay motivated cause you don't feel like you're getting any better but you actually really are improving and getting stronger through all of it," Gore said.
They're taking that chemistry and teaming up at UT Permian Basin.
"We're really good at communicating and directing so it's going to be really good to have her in the defense," McEnaney said. "I can have her direct the rest of the field too."

Beyond the pitch, it's an experience they'll cherish for the rest of their lives.
"It's gonna be cool to tell our kids and our family that I played club and everything with one of my teammates," Gore said.

As of now, UTPB Soccer plans to start its season on time.