After COVID-19 put an end to their hopes last year, Andrews girls golf is back in the state tourney and more prepared than ever. 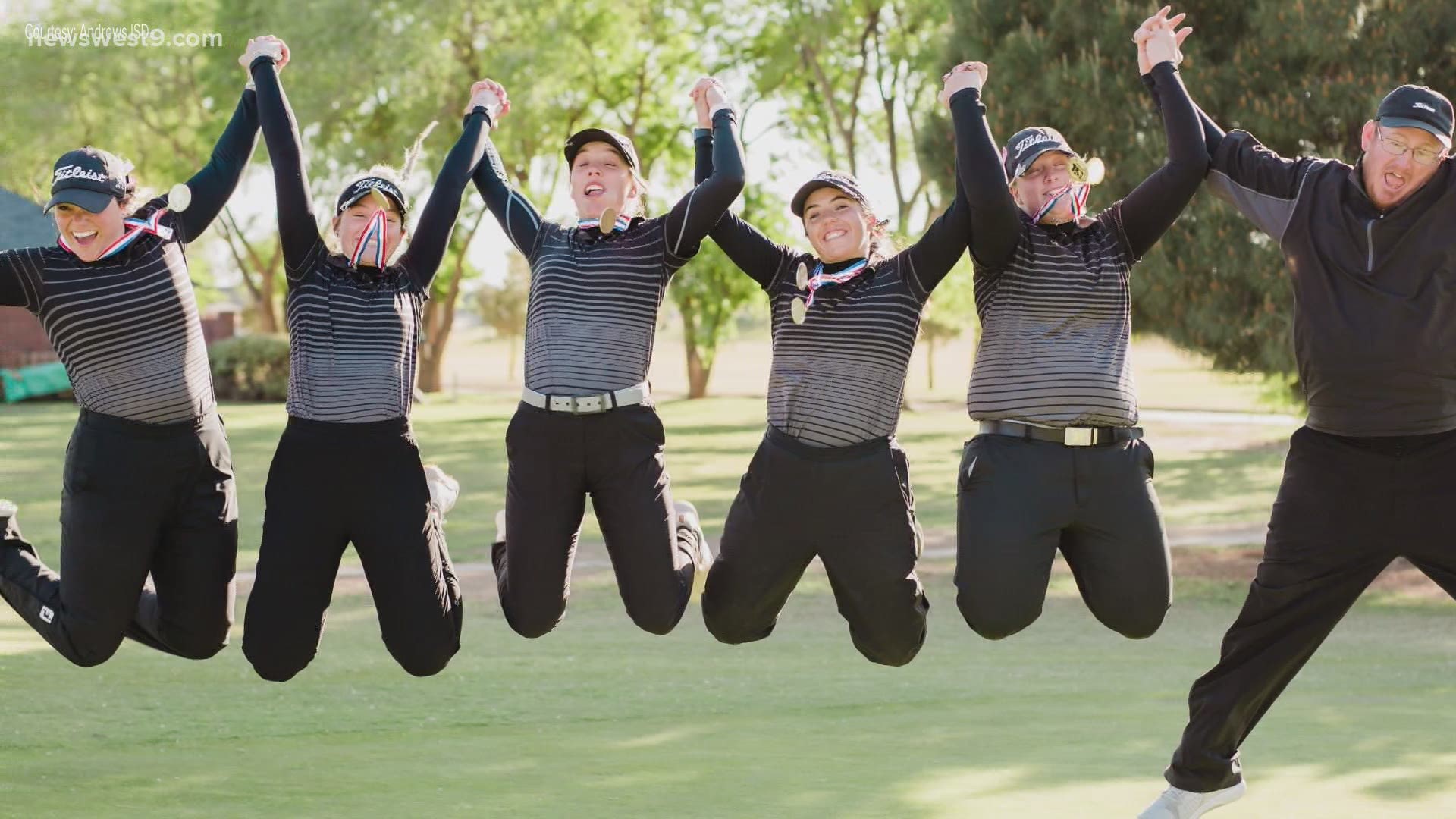 ANDREWS, Texas — The Lady Mustangs has a ton of support, and pressure, on them as they go for their 10th straight state championship.

"I don't think anyone wants to be the group that is known as, 'oh you lost the streak,'" senior Jordyn Hall said. "I think that's motivation in and of itself."

However, whenever it seems like the whole world is on their shoulders, head coach RJ Lester brings them back down to Earth.

"I've told the girls all year to control the controllables," Lester said. "We can only control what we can do and if we go out there and play our best and someone else happens to beat us, then hats off to them."

That's a tall task for any opponent facing this squad.

In regionals, Andrews won by 33 strokes and these seniors are making sure to soak up their final ride together.

"We might have cried at regionals," senior Brynlee Dyas said.

Crying means they've had a lot to be thankful for, including their time away from the course.

"They're on cloud nine," Lester said. "To be able to spend it with them and the stories with them on the road trips. It's never a dull moment."

They'll have memories to last a lifetime, but have more to make as they know exactly what they need to take state.

"You really have to play the course and not the players," senior Sarah Strube said. "It's the hard thing to do."

Good thing these ladies have been there before.

"The thought of getting that second ring on the finger and bringing another state title home," Dyas said. "That's really what's pushing me."

A tenth straight championship brings even more love and respect to their hometown.

"I really just want to do that for the town of Andrews," Hall said. "For it to be known other than something as like a community."