We Mic'd up Odessa's leader to give you a behind-the-scenes look at a Jacks game day. 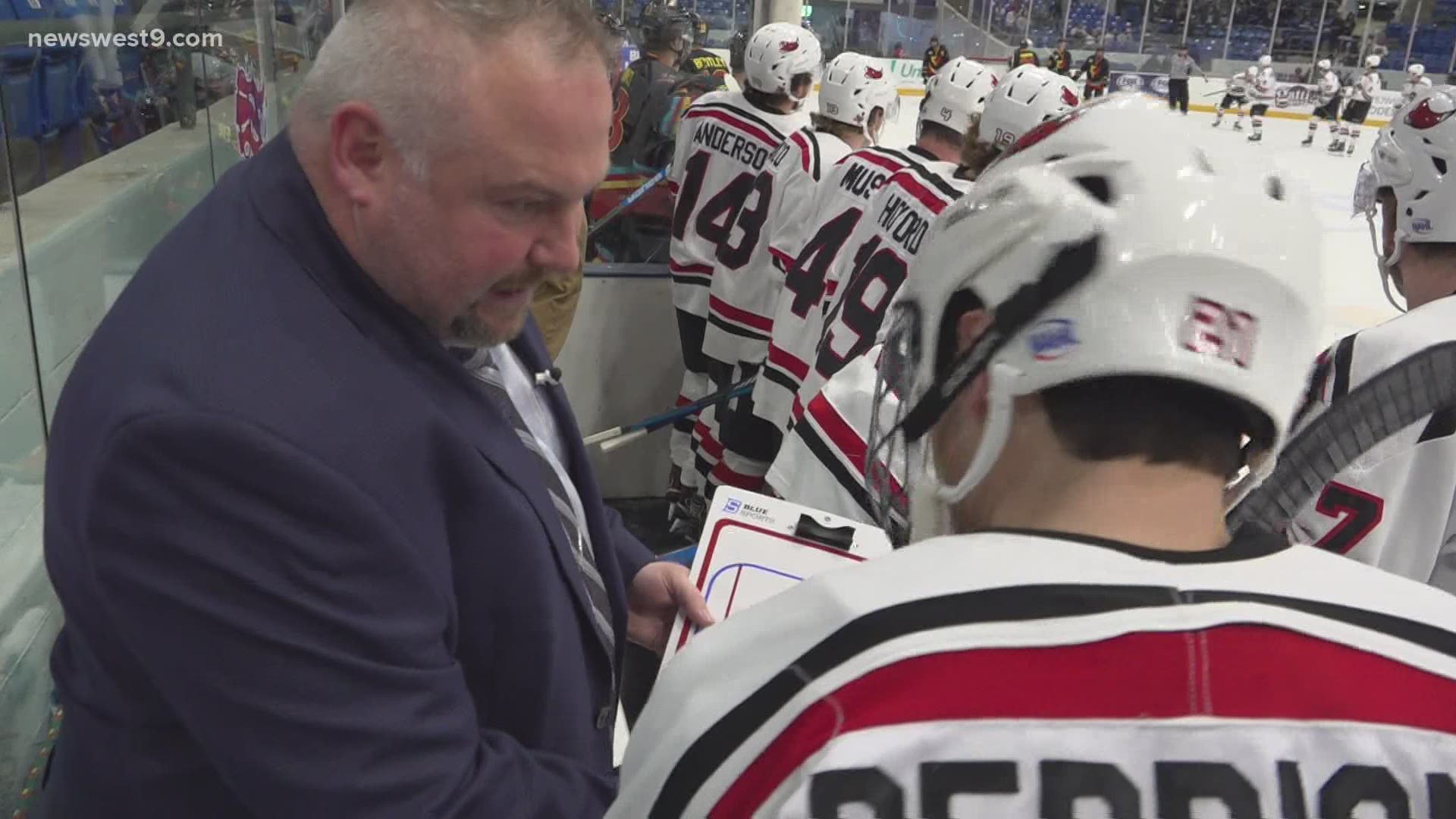 ODESSA, Texas — Jackalopes head man, Jason Fortier, is one of the most entertaining coaches in the NAHL.

In his first year as head coach in Odessa, Fortier and his guys have changed the hockey culture in West Texas.

The Jacks ended up winning this game over the New Mexico Ice Wolves, 3-2.