Braves explain what they told the Iraan-Sheffield school board to ensure Matt Luddeke returns as head coach. 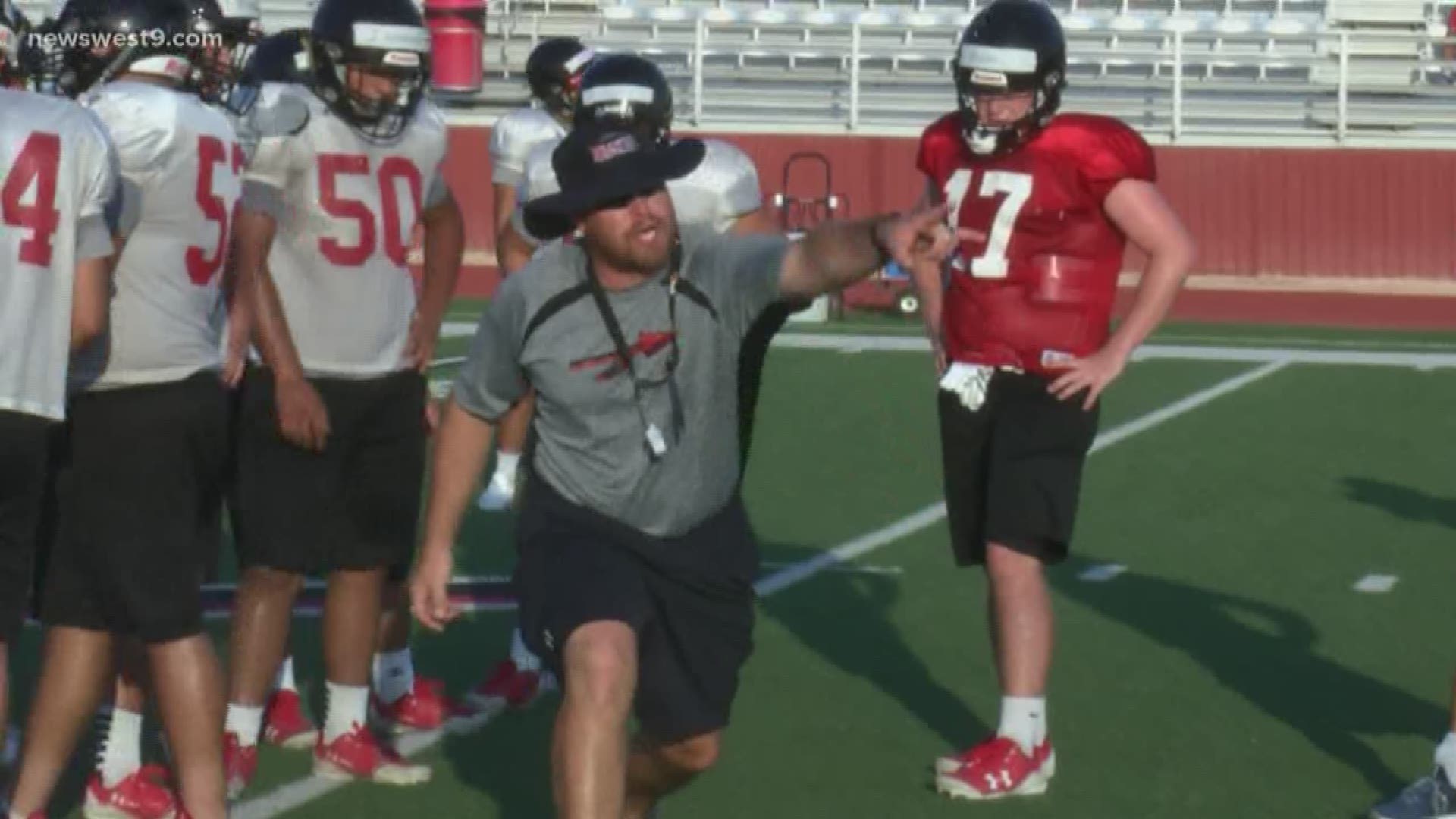 IRAAN, Texas — The Iraan-Sheffield school board officially re-voted to keep Braves head football coach Matt Luddeke less than a month after they originally renewed his contract on a unanimous vote.

Iraan went winless in his first year as head coach and the football program had record low roster numbers as the district saw a massive drop in enrollment.

Even after the rough year, Luddeke’s players couldn’t believe their coach was already on the hot seat.

“We were pretty shocked,” junior Javier Hernandez said. “It was his first year here and we had a tough season but he was more of a mentor than a coach to us.”

That mentorship stemmed beyond the field and Hernandez, along with two other teammates, spoke in front of the board in Luddeke’s defense.

“He always told us that we could look to him for advice and we trusted that,” junior Gavin Aguirre said.

Luddeke made sure to back that up any time they came to him.

“One of the big things that he used to say was to base yourself on actions, not on words,” Hernandez said.

They always feel the pride he has for them, regardless of the final score.

“Even when we made mistakes, he looked at how we got better,” Aguirre said. “He didn't ever put us down and he never doubted us.”

As the team moves forward from the drama, Luddeke is ready to lead this program back to its glory days.

“I’m excited to do the job I was hired to do and I'm thankful for the community's support,” Luddeke said. “It's all about the kids.”