Plano gifted Eastwood of El Paso a unity circle, while Eastwood gave their counterparts of a "Texas Strong" wooden piece shaped like the state. 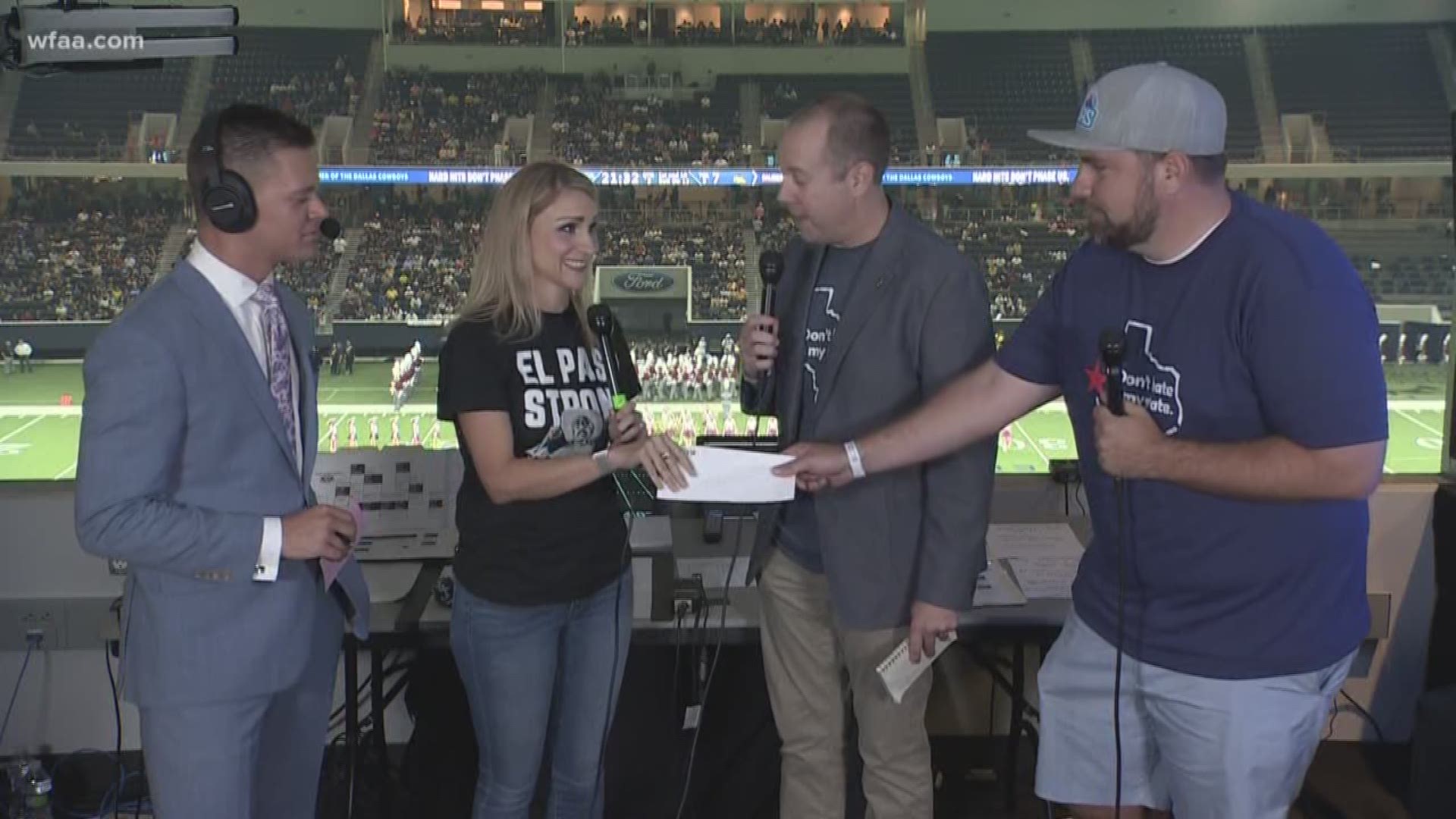 The game (and ceremony before it) took place at The Star in Frisco.

Students from Plano gifted their cross-state rivals a unity circle. It was made by students in shop classes in El Paso and displayed both school's colors.

Eastwood gave their counterparts a large wood piece shaped like the state of Texas with the words "Texas strong" inscribed on it.

That wasn't the only moment the two schools shared together. Prior to kickoff, players from both schools met at midfield for the playing of the national anthem and a moment of silence.

The game, which was initially canceled following a mass shooting in August, was quickly rescheduled for a new venue -- The Star -- to better meet security concerns.

At halftime, WFAA presented a check for $110,000 to the El Paso Victims Relief Fund, in support of those affected by the mass shooting in August.

The money was raised through the sale of special shirts featuring an outline of Texas and the words "Don't hate in my state."