Trio of friends who played football at Midland High together continued their careers at Howard Payne University to help build the program. 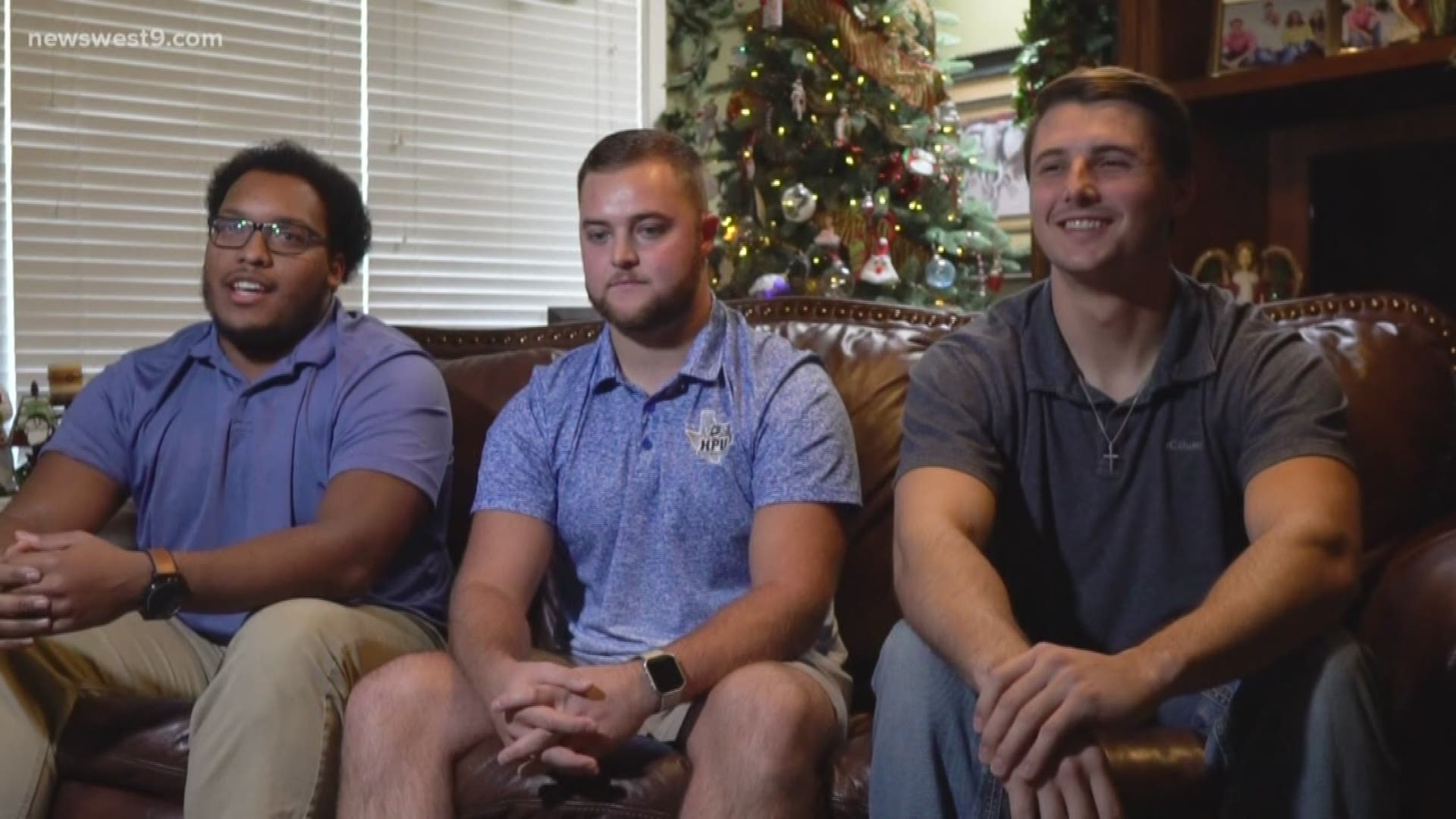 MIDLAND, Texas — Britt Boler, Eric Haverstock, and Robert Evans have been laughing together since 7th grade. After playing on the same freshman team at Midland High, the trio helped end a playoff drought for the bulldogs.

Now after Boler and Haverstock committed to play at Howard Payne University, Evans came after. But it took a college trend for him to get back in the pads.

After joining the Howard Payne team, it didn't take long for the Midland boys to realize they weren't in Midland anymore.

"It wasn't fun, that's the thing it wasn't fun at all through those hard times but we stuck with it and we worked and worked and it finally paid off,” said Boler.

Evans added, “We just thought that we could change something at this program we can actually be the foundation the start of it.”

They became that foundation, leading Howard Payne to a 3-game winning streak to end the 2019 season.

When all that shooting stuff happened it was right before the first game and so seeing all that and really brought us back home,” said Boler.” I remember writing 4-3-2 on my wrist because that's where I come from and that's who we play for at the end of the day.”

Coming from the 4-3-2 brought a lot of pressure, but the Midland boys know without each other, this story wouldn't have been written.

“Having those relationships with each other, going through that stuff made us ten times stronger,” said Boler.

Haverstock says, “I don’t think we'd be able to do what we did without each other.”