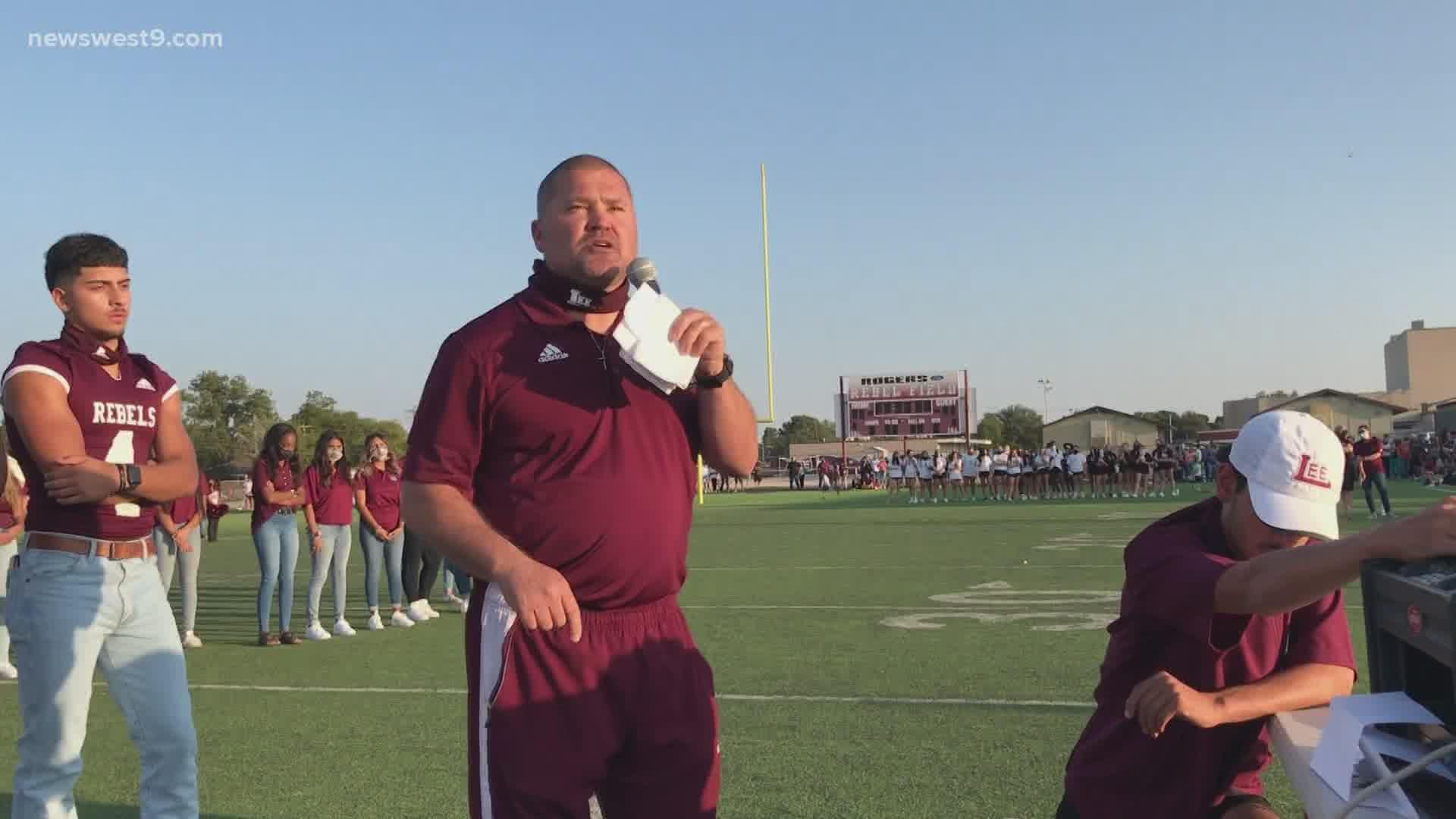 Fans from all over Midland came to greet the football team as well as the freshman teams, Junior Varsity, volleyball, cheer, and band.

During the event, the athletic director and head football coach Clint Hartman publicly discussed the school's name change for the first time.

"I can tell you this here, we love all," Hartman said.

If the new name is approved by the school board, the new name will be Legacy of Equality and Excellence, keeping the "Lee" acronym.