The Rebels fall after a war at Globe Life Park. 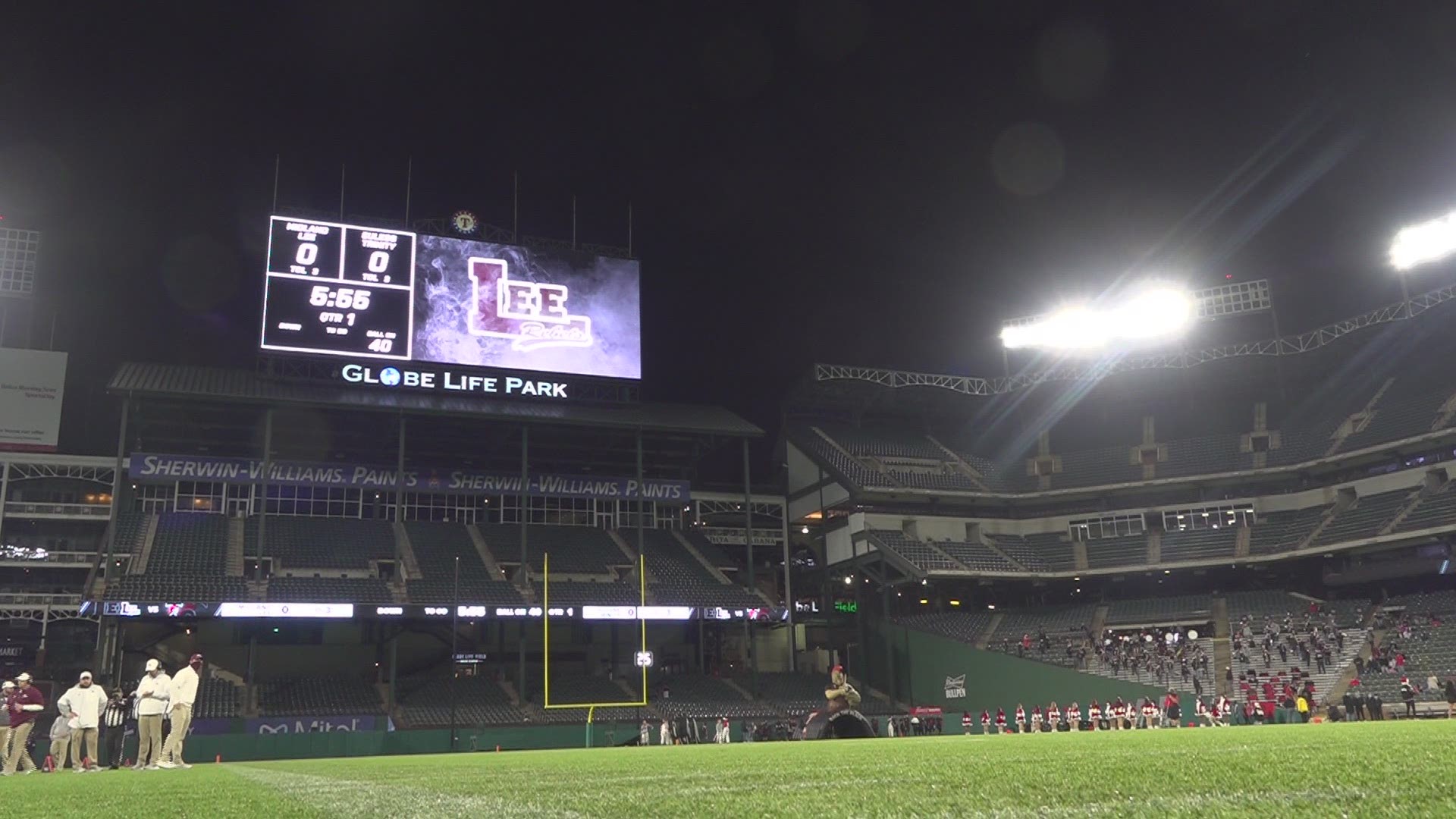 ARLINGTON, Texas — The second round of the Texas high school football playoffs brought us Midland Lee versus Euless Trinity.

The fans who made the drive to Arlington got their money's worth; it was a battle with both teams executing on offense.

Rebels head coach Clint Hartman said it would be a war and it was, ending 56-49 in favor of the Trojans.