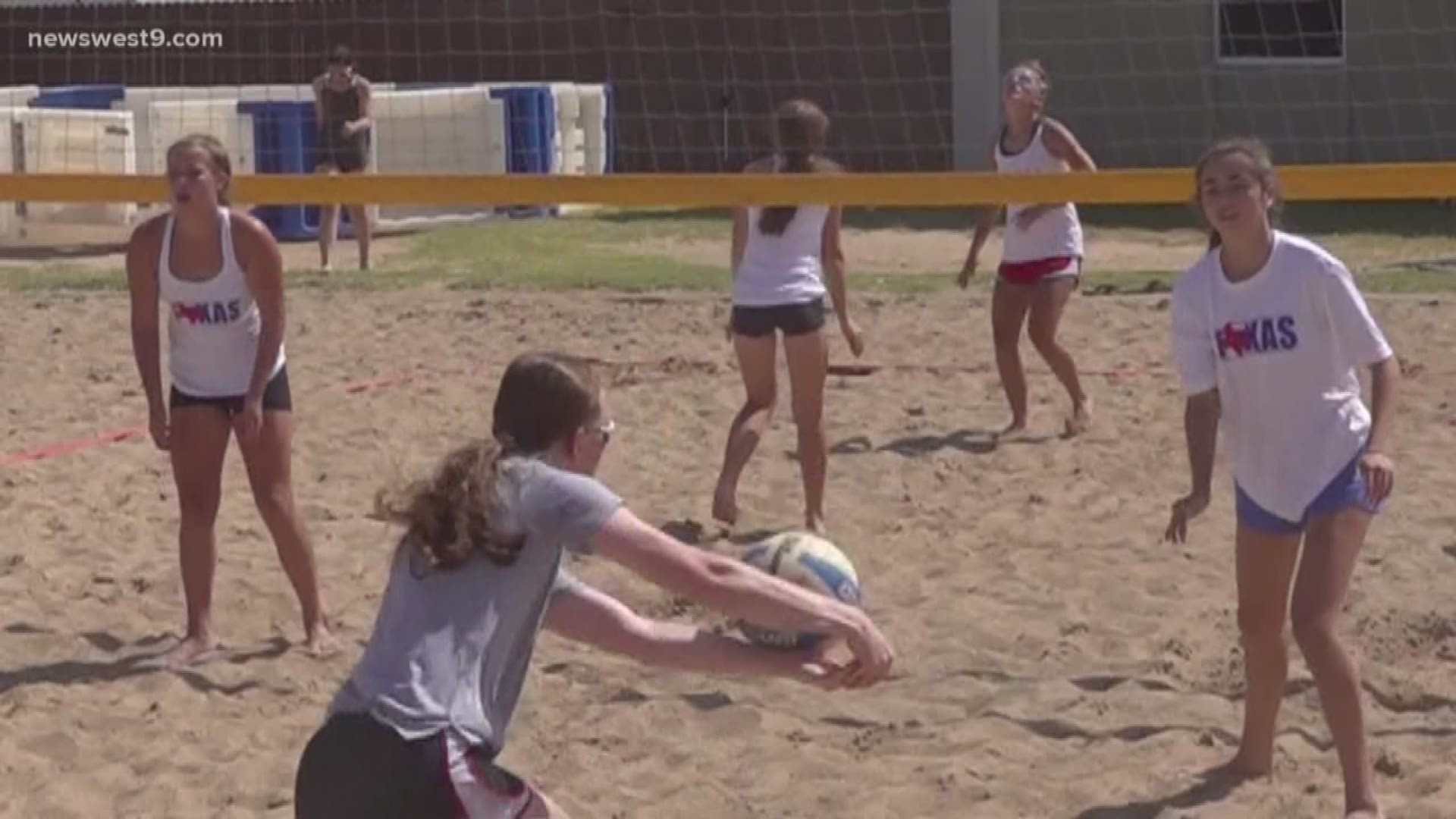 Youth sports made a comeback in Midland over the weekend.

Dozens of teenagers hit the beach courts at Stonegate Church in Midland as part of a Texas 432 Volleyball training.

The kids also got the chance to learn from one of the sport's greats: Adam Johnson.

"I want to show kids how us professionals played and show them how to enjoy and love the game," said Johnson.

Nowadays he isn't competing in pro tournaments, but his love of the game is still there.

James Barker runs Texas 432, a West Texas youth volleyball club that has several of its players qualified for national tournaments.

Which is why Barker knows bringing someone like Johnson to train with is essential.

"Even though some of them don't know him because of their age, they can Google him, and you can't replace that, his skills and knowledge are so helpful," said Barker.

Every player was surveyed for COVID-19 symptoms, had their temperature checked, and was sanitized.