After suspending summer workouts due to a COVID-19 scare, the panthers were back to working out with extra precautions. 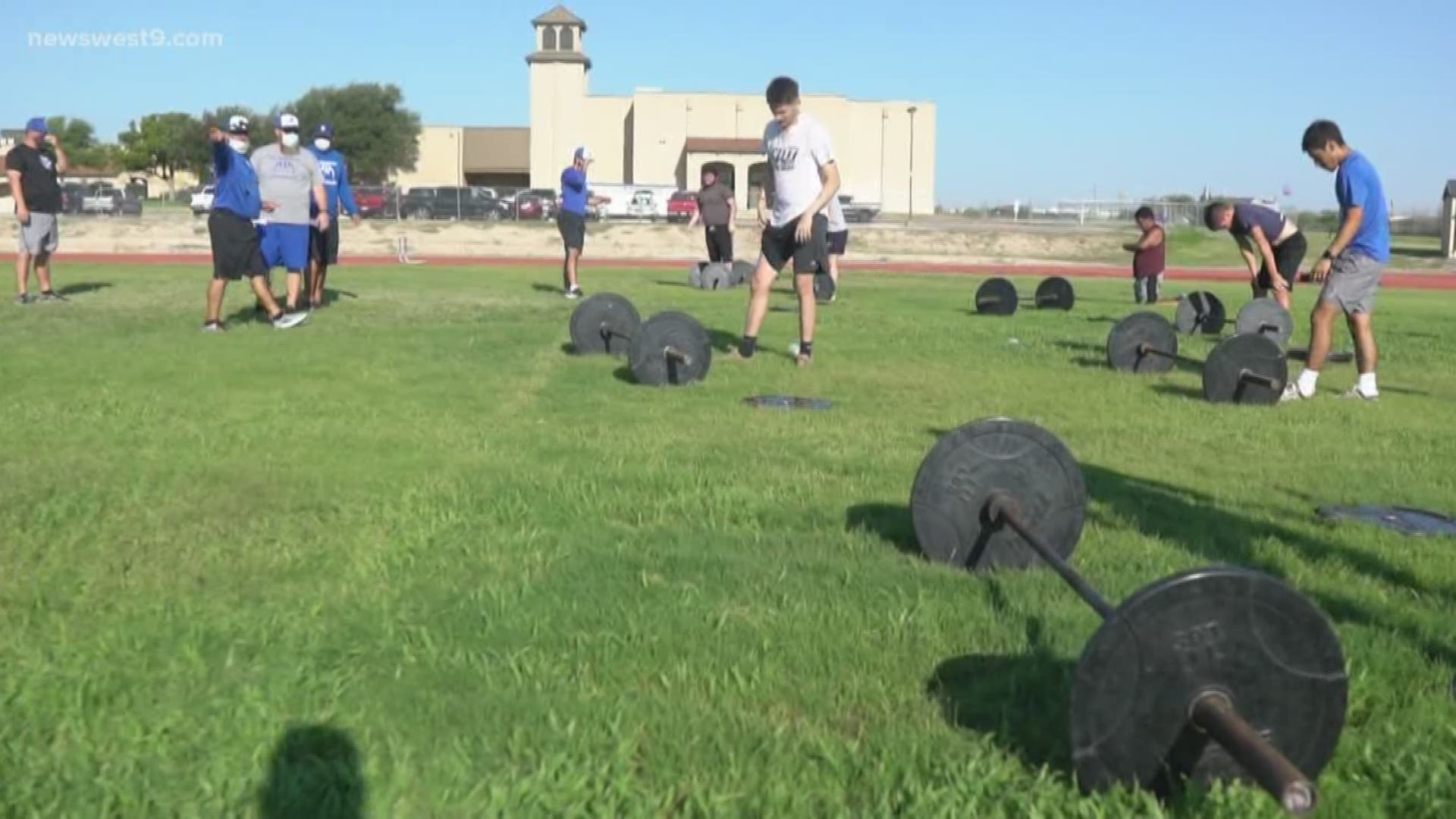 FORT STOCKTON, Texas — On June 12th, Fort Stockton shut down their strength and conditioning program after a person who attended the camp came into close contact with another individual who tested positive for COVID-19.

"We were following the guidelines before, but even with that, trying to make some smaller groups so in case we have that problem again," said Head Football Coach Mike Peters. "So we don't have to shut the whole thing down."

Those groups don't just split up boys and girls, they also disperse athletes based on grade level.

Seniors are now working out with sophomores, and juniors are training with the freshmen.

This switch in plans has put a lot of things into perspective for the athletes.

"We took too many things for granted," said junior Alyana Dominguez. "We expected a season, but we're not sure anymore."

The biggest question up in the air for all high school athletes: Will there be a season?

In the meantime, coaches and players are trying to stay safe while still getting in shape for a season that may not even happen.

"The junior class, we want them to be leaders also. So them helping the freshmen up has been really good," said Girls Athletic Coordinator Ella Gonzalez.

Now that push isn't just on the field, but also off it. Encouraging each other to stay safe and social distance has become a little bit more personal for the Panthers.

RELATED: 3 boys use their lemonade stand to raise money for friend with leukemia