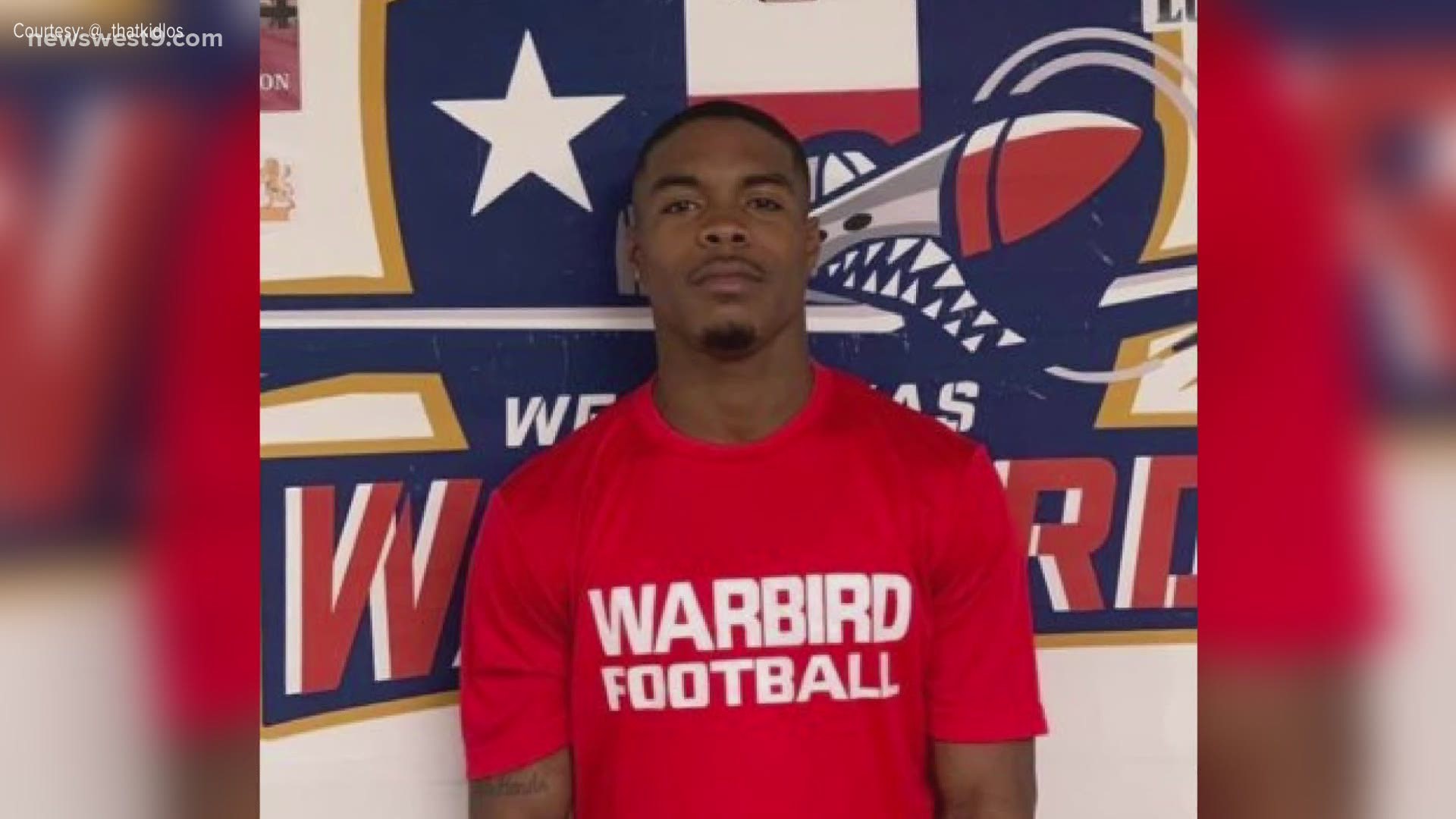 ODESSA, Texas — There's a couple weeks until their season begins but the West Texas Warbirds are still making big additions to the roster.

You might recognize Thompson from his time at Independence Community College when the team was featured on the Netflix series, 'Last Chance U.'

He finished that season with almost 50 catches and just under 600 yards, then he played for Missouri Western State before making his way back home to Texas.

"It just really shows that they believe in my abilities and me as a person more than anything and they're not just going off a narrative or what anybody else says," Thompson said. "They are really saying I care about you and that's why I chose to come here with these coaches."

"I like the enthusiasm," Thompson said. "Everywhere we go they seem to be excited about the season that's coming up and they're going to be packing out 'The Ector.' Also, it was just a good opportunity, [cause] I got to stay in the state of Texas. Just a little bit of Texas pride I guess. I love West Texas, its always treated me good."

The Warbirds first home game is on June 12th at Ector County Coliseum against the Amarillo Venom at 7:00pm.