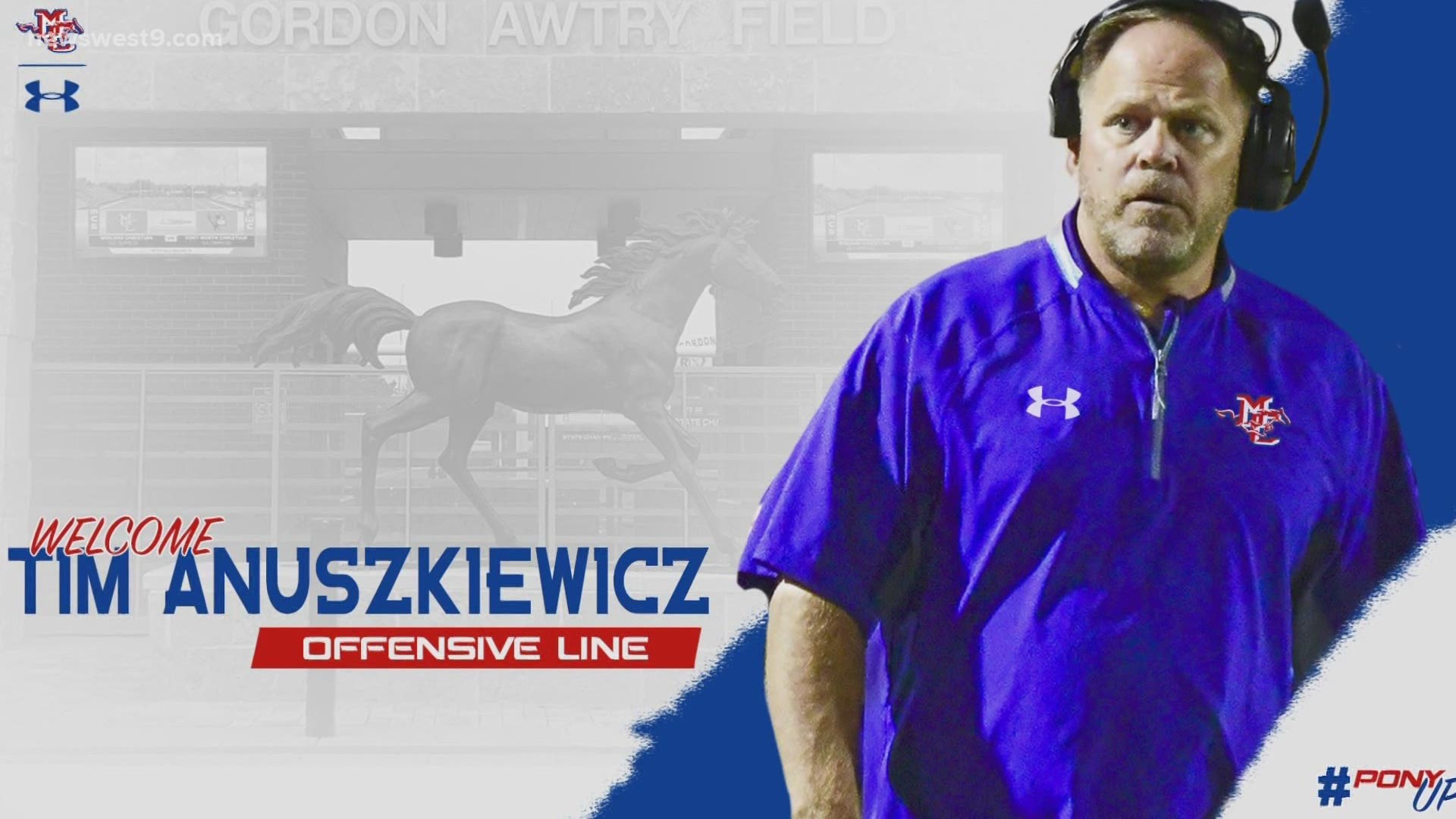 MIDLAND, Texas — There's a new face coaching the offensive line and track at MCS, but it's a familiar one to the Midland community.

Former Midland High head coach, Tim Anuszkiewicz, will be a Mustang next year after being reassigned to Lee High School in December.

There is some history between Coach A-to-Z and Midland Christian head coach, Greg McClendon.

The two played football together at West Texas A&M.

"I've known the kids that played for him and how they loved him," McClendon said. "It's been in discussion for a few months. He's got a lot of wisdom I can draw from. It'll be a good fit."

Should be an exciting year on the gridiron for the Mustangs.