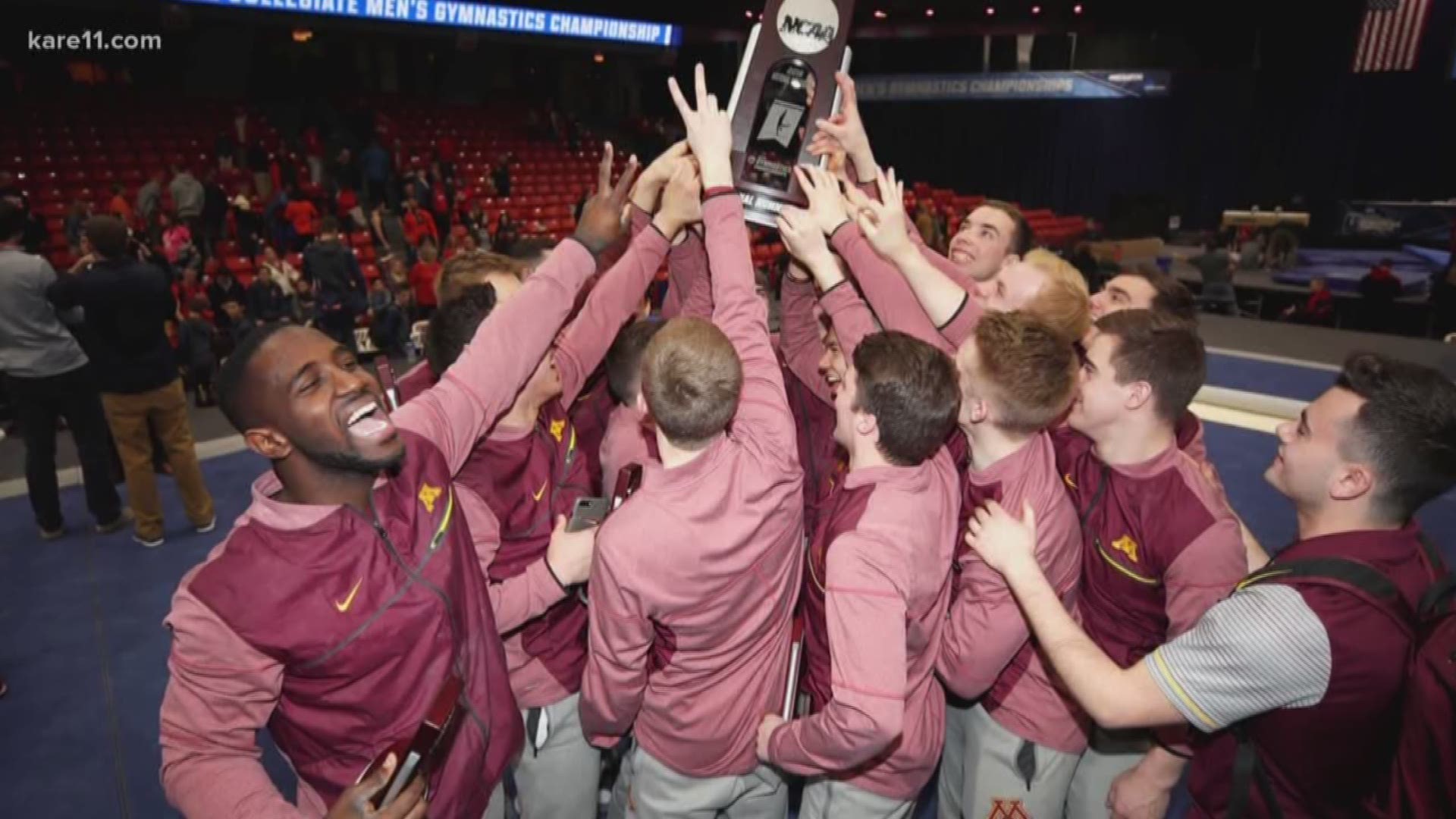 MINNEAPOLIS — Flipping the page from last year’s program-best second-place finish at nationals has in some ways been a challenge for the Minnesota men’s gymnastics team.

“Having 10 freshmen, that’s a lot of new faces on the team,” senior Justin Karstadt said.

The team still cherishes the memory of making history.

“I won’t forget last year for the rest of my life,” senior Vitali Kan said.

However, finding similar success this year, despite some early growing pains, all starts with a special pair of seniors.

“Five years ago, when we recruited these guys I kind of anticipated this kind of output from them,” Gophers head coach Mike Burns said. “It’s so nice to see that happen.”

What’s happened for Kan and Karstadt this season is something unique to just the Gophers.

Recently, the pair was selected as finalists for the Nissen-Emery award. It’s an honor given to the country’s most outstanding senior gymnast, and Minnesota is the only school with two nominees.

“It means a lot,” Kan said. “I always saw myself as a role player on a team.”

“As a Canadian, I was always kind of on the outside looking in at all the other American guys,” Karstadt said.

But thanks in part to a friendly rivalry between each other, over the course of their careers, both seniors have blossomed.

“We’ve come a long way,” Karstadt said. “I feel like we’ve overachieved actually so it’s a really proud moment for both of us.”

“I always try to be as good as he can be,” Kan said. “We’ve both pushed each other to be the backbone of this team.”

And the Gophers will need that backbone to bring them back to glory.

“Before my freshman year, we hadn’t made team finals in nine years,” Karstadt said. “Since me and Vitali have been here, we’ve made it all three. We’re trying to make it four.”