The Steers hosted schools from around West Texas to work on their football skills while contributing to Hailey Williams' cause. 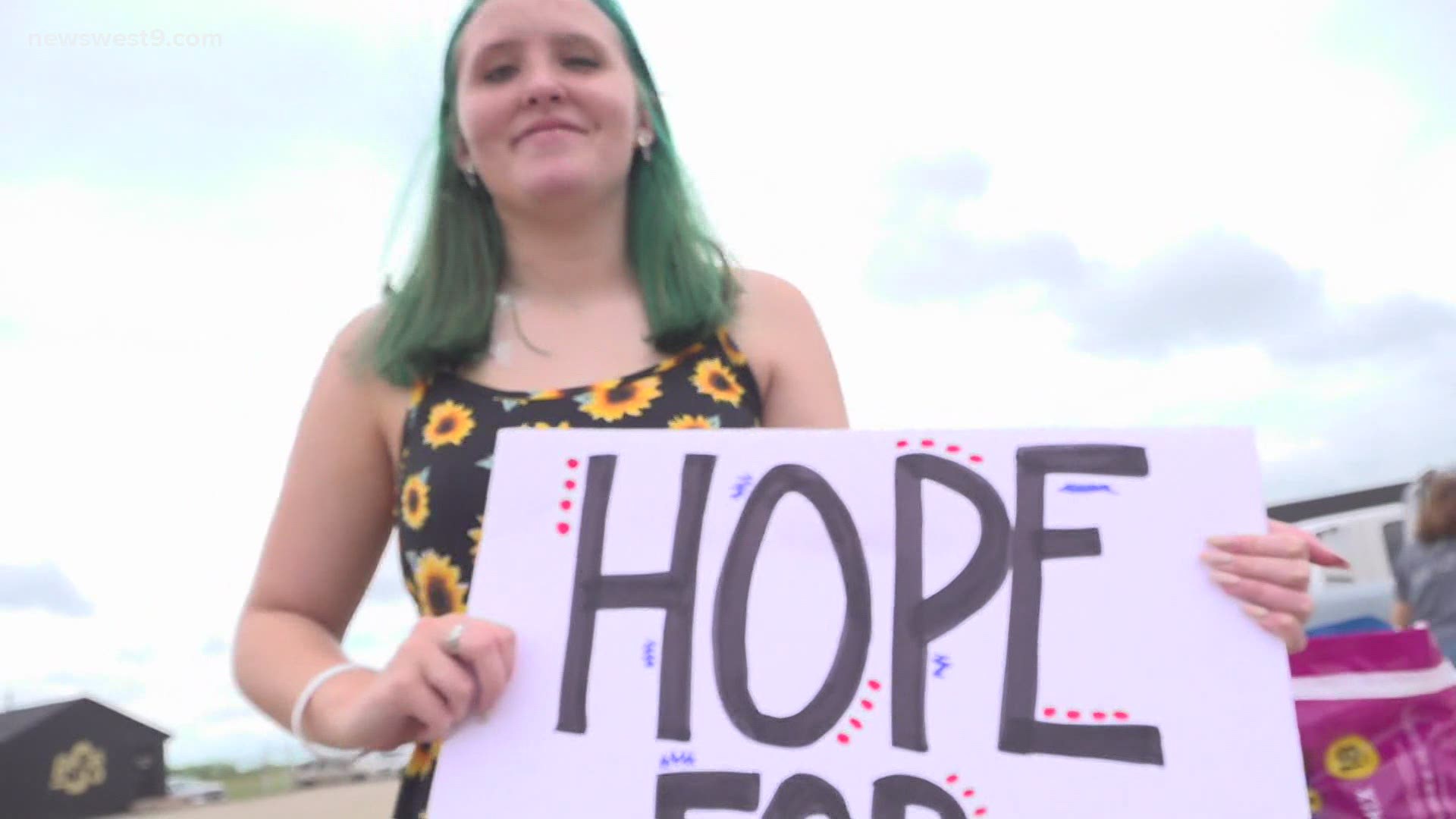 BIG SPRING, Texas — Big Spring High invited programs from all over the region to compete in a 7-on-7 tournament, the 'West Texas Warm-Up.'

Steers head football coach, Cannon McWilliams, knows the importance of an event like this for the area.

"For some of these schools out here, you have to travel 2, 3, 4 hours away," McWilliams said. "We wanted to host a little warm up."

It's a chance for players to hone their physical skills and work on the mental game.

Beyond that, it helps squads develop chemistry ahead of the fall season.

"It's awesome," Crane senior, Jaxon Willis, said. "We play against each other at practice every day but playing against other teams is gonna bring us closer together and it's just super fun."

Coaches have to take a back seat too, because the players become the coaches.

"You try not to be serious but at the same time you want your guys to win," McWilliams said. "It's kind of a hands off approach. You get a chance to see them lead and compete and basically they're running the 7-on-7."

All this fun is producing serious help for Hailey Williams, a 14-year-old Forsan high school student who was recently diagnosed with Ewing's Sarcoma, a rare cancer usually found in young adults.

"If I didn't have all this support, I would just want to break down and just give up," Williams said. "Just seeing how many people care about me and that I wouldn't be forgotten."

That care has been on full display.

From financial donations to emotional support for the Williams family; just like football, it takes teamwork.

"We've got different places set up around the stadium and trying to raise money to help them in this tough situation," McWilliams said. "We're all trying to band together in Howard County and now we got schools here from all over the place."

While teams came to compete, they're also giving Hailey hope.

"I think it was shock at first and I was really excited and just felt really loved," Williams said. "I didn't think people would be doing all this just for me."

A GoFundMe has been set up for the family and that's raised over $10,000 so far.

The 'West Texas Warm-Up' helped raise about $800 for the Williams family too as they continue to fight cancer together.