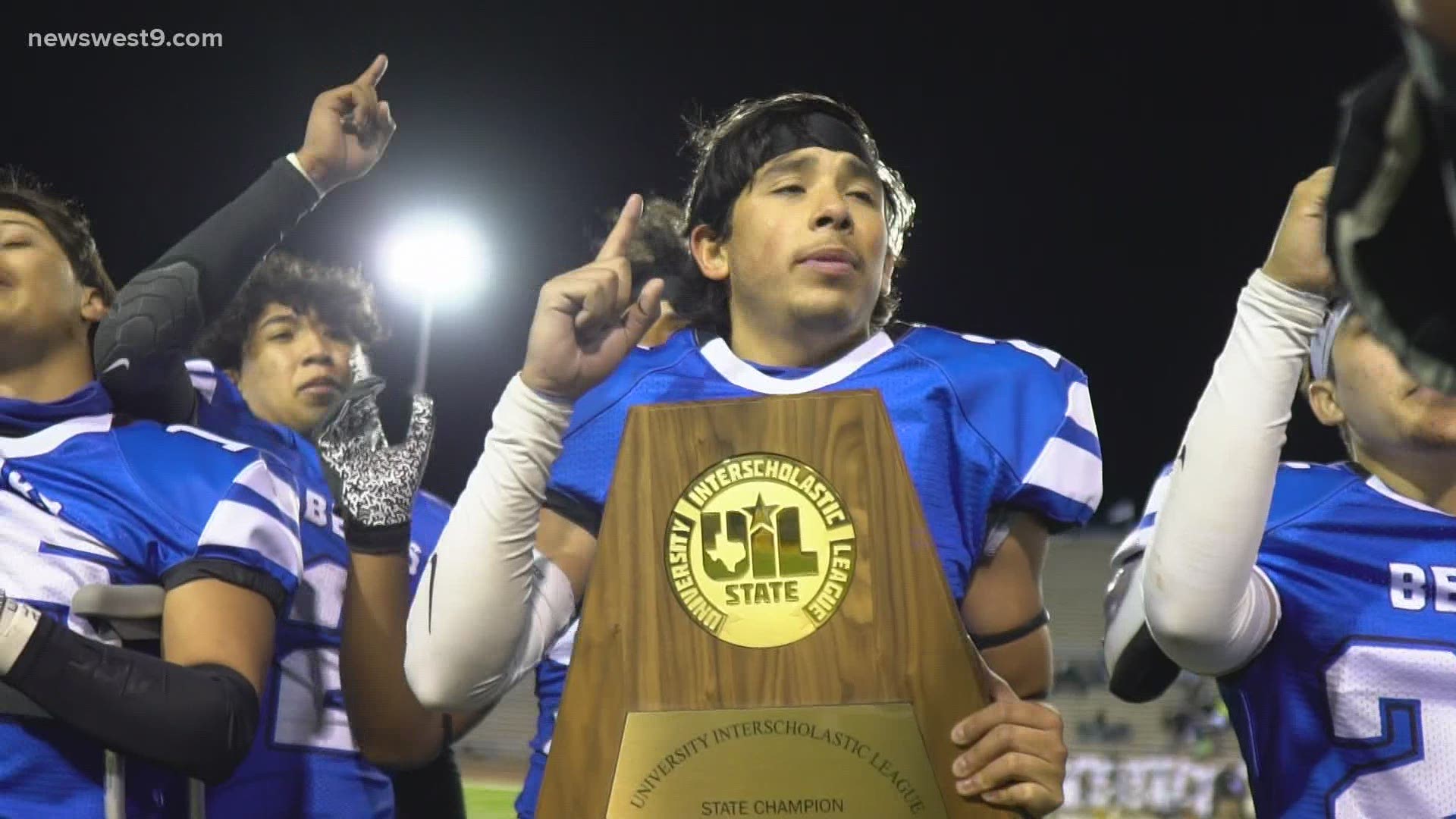 BALMORHEA, Texas — The 2020-2021 Balmorhea Bear team will be cemented in history after winning the school's first state title after defeating Richland Springs.

The Bears mauled the defending champion Richland Springs 73-38. Coming into this game the Bears seemed to be the underdog since they had to go against an undefeated Coyotes team, a group that's won 9 state titles in their program.

Balmorhea got out early and didn't look back thanks to performances from Tomas Contreras and Alex Abraham. Contreras had over 150 yards and three touchdowns at halftime. Abraham reached the end zone four times and went home with the Offensive MVP award.

Here's his interview after the game:

Abraham was one of several seniors who reached the state championship game back in 2017 but came up short against Strawn 78-42.

"Oh that class is special, they've been working hard since they were 6th graders and bought in to everything we're doing," said head coach coach Vance Jones. "I can't say enough about this senior class they're a special group of young men."

The Bears will look to defend their title next year after losing 12 seniors.