Construction is set to begin at a groundbreaking event on Sept. 5. 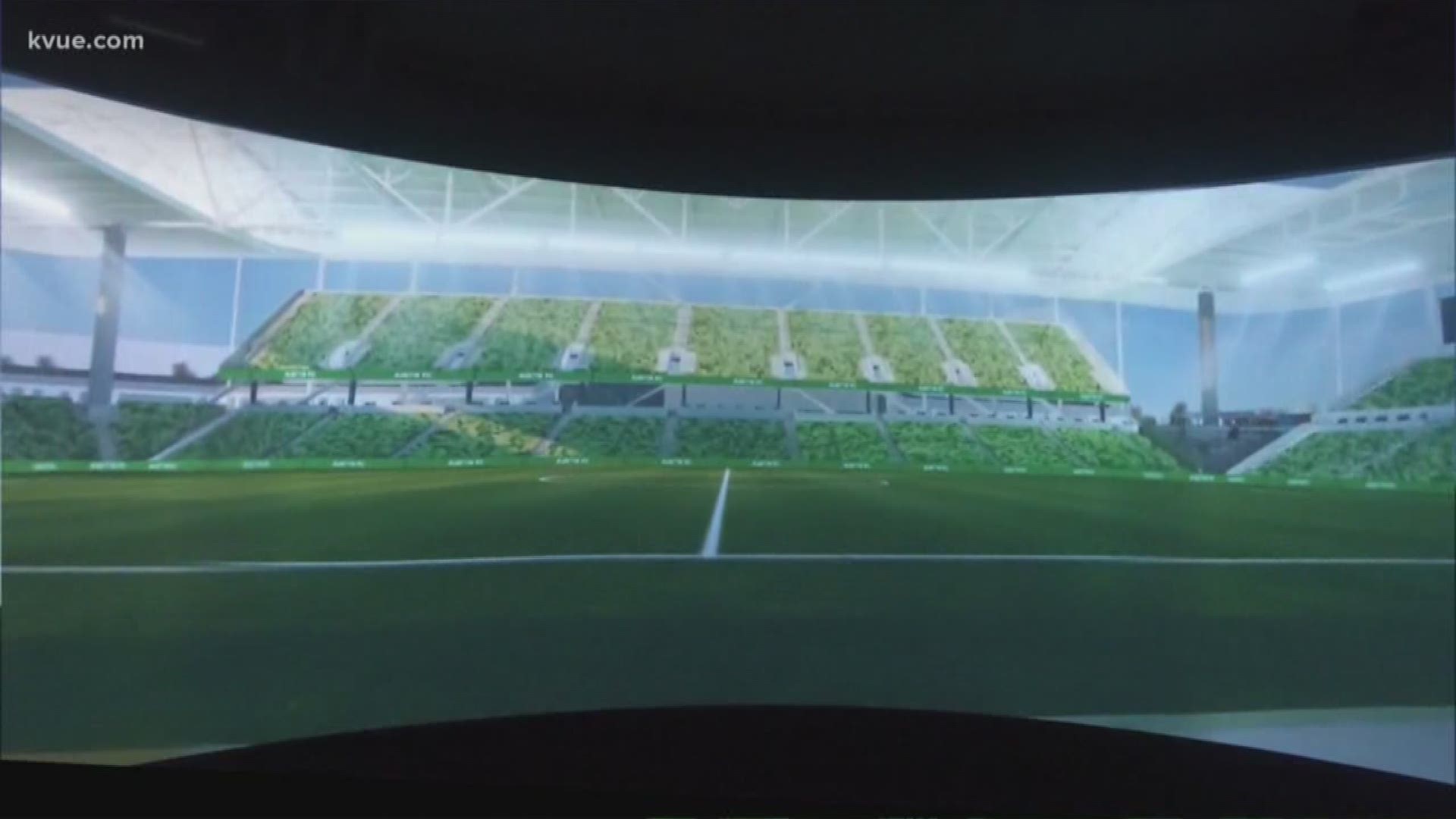 AUSTIN, Texas — The owners of a brand new Major League Soccer team coming to Austin gave an update on the North Austin stadium's construction on Wednesday.

Austin FC hosted the "State of the Stadium Address" at 1 p.m. Wednesday.

In order to bring a new team to Austin, Austin FC needed to come up with a team, stadium and training facilities. These resources will cost $242 million, are completely privately funded and will have no impact on taxes, according to the "State of the Stadium Address."

Austin FC said that the training facility will need to be a world-class facility since it will be used by world-class athletes.

Austin FC will also create a soccer park in Austin and give that park to the City, which will retain ownership.

The construction project for the stadium is projected to create more than 1,000 jobs and will continue to create hundreds of jobs on an annual basis once the project is completed.

Austin FC has recently received the proper permits allowing them to break ground on the new site. They announced that the official groundbreaking event will occur on Sept. 5, but it has since been revised to Sept. 9 at 10:30 a.m.

The stadium's design intends to focus on blending indoor and outdoor environments, hopefully giving it the feel of the park-like area it will be located in. The stadium will be on 24 acres of land, and Austin FC has dedicated eight of those acres to open green spaces.

Austin FC said that the construction of the stadium is expected to be finished in 18 months and the stadium will be ready to open in April 2021. They said every decision they make about the stadium is to ensure that the fans have a great game-day experience.

They are working on transportation plans with the City to prevent disruptions for Austin residents on gamedays. As a part of their agreement with the City, they are contributing to a better bus stop situation alongside Capital Metro, who Austin FC is working on partnering with.

Parking and transportation at the stadium are expected to change and grow over time as the City and stadium mature.

Austin FC said that they are committed to being good neighbors in Austin and that they will work with their neighbors to help smooth the addition of the stadium.

Until the stadium is up and ready to go, fans can get a sneak peek into the team's future home through Austin FC's Experience Center. Fans who have placed deposits for a suite or premium seats will be invited to the Experience Center in the coming months where they will get to experience a fully immersive, 360-degree virtual reality guide to stadium seating.