The Mustangs qualified in for four events. 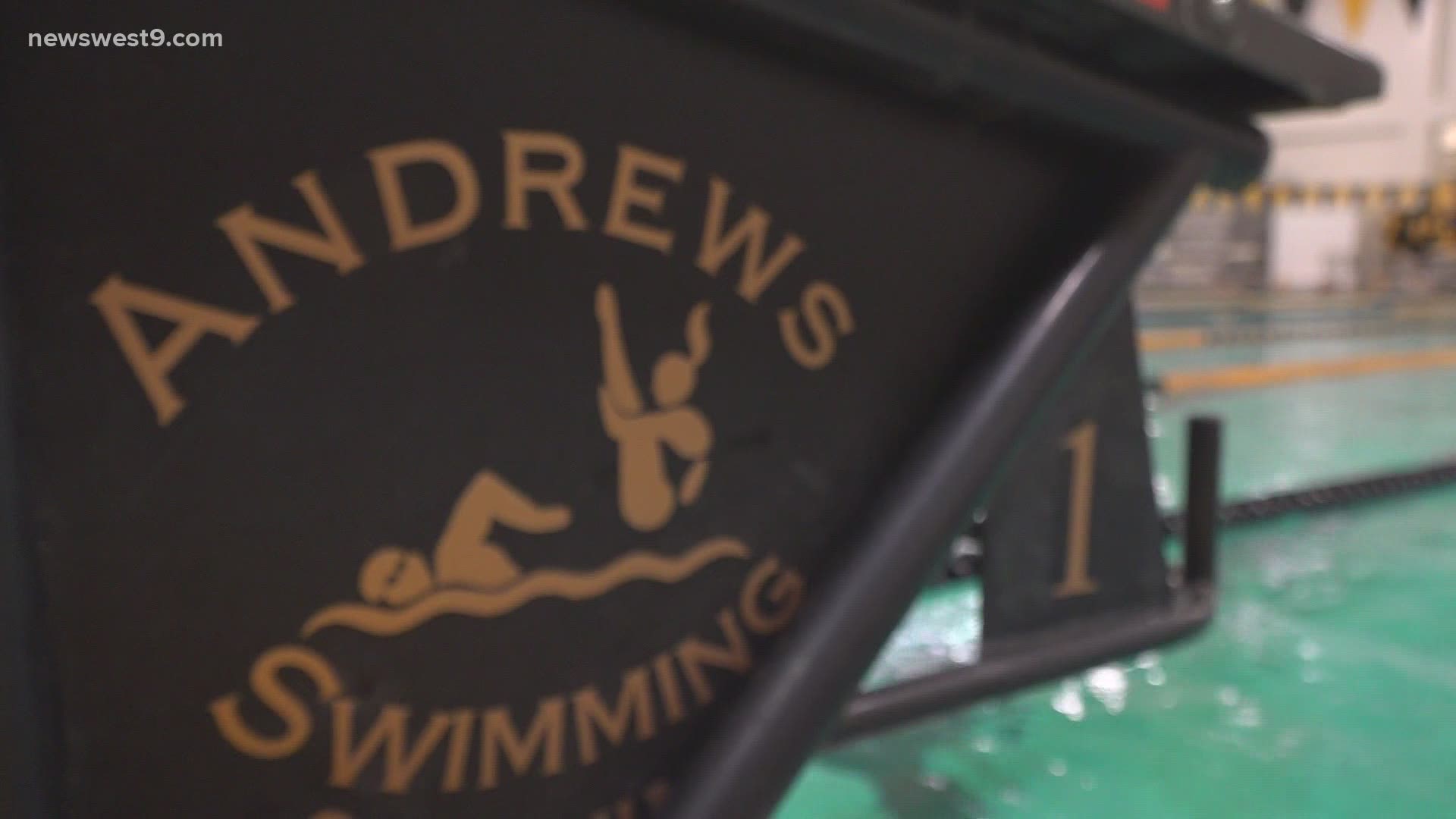 ANDREWS, Texas — Andrews Swim is heading back to State for the second straight year.

According to the team, preparing for States and doing their best is more of a mental challenge than a physical one.

The team says that they are happy to be at this point, but want to just compete and push each other to do their best in the pool. They also talk about how they feel calm when they are in the water preparing to race.

According to one swimmer at Andrews, it is important to visualize yourself in the pool for the last race and put it in to practice.

The team has recognized the hard work of everyone on the team for pushing each swimmer to swim their best at states.