A sudden diagnosis stole the 2018 AJC Peachtree Road Race from her. Now, Laura Youngblood is ready to return to the starting line. 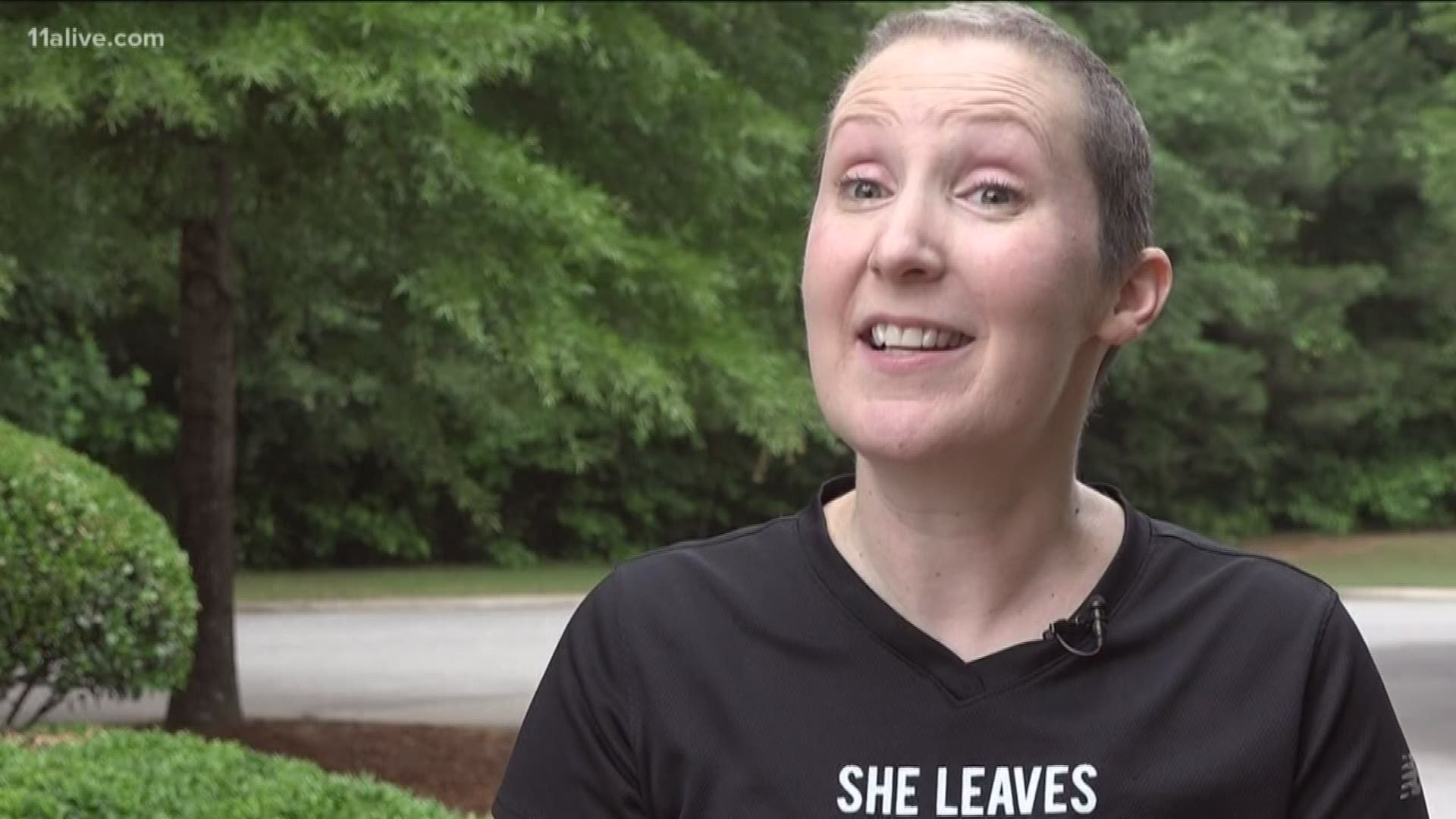 NEWNAN, Ga. — The 50th anniversary of the AJC Peachtree Road Race marks a milestone in race history, but for Laura Youngblood, the 2019 race means time for a comeback.

"There's so many people and so many spectators. It's an exciting morning. It's the 4th of July," Laura said, adding that it's the energy and crowds of the celebrated holiday race that motivate her return each year.

"I've done the Peachtree every year almost since [2003], with the exception of last year," she said.

It was last year, July 4, 2018, that Laura woke up ready to run. The Newnan runner dressed and started driving to the race only to realize something was not right.

"I got in the car and started driving...and had to pull over and turn around," she said.

Laura had recently noticed a change in her breast and what started as being too dizzy to run the AJC Peachtree Road Race turned into much more.

The diagnosis, commonly referred to as Stage 4 breast cancer, indicated Laura's cancer had already spread to her skull, her collarbone and pelvis.

"I didn't ask if it was OK if kept running, I just told them I was going to continue running and they all said 'great,'" she said.

As an avid runner accustomed to posting under the Instagram handle @Running_With_Curls, Laura she re-committed to #RunningWithCancer. On the days her energy failed her during treatment, her running buddies walked beside her.

Such motivation kept Laura moving throughout radiation, and while she says her diagnosis means she'll never be "cancer-free," the treatment has been a success.

So come July 4, 2019, Laura will be dressed and ready to run once again. She won't be turning her car around this year.

"When I found out what the diagnosis I was even madder," she said. "I said, 'You took the Peachtree away from me! the Peachtree is my race, and now I get to do it on my terms.' I get to sort of reclaim that."