Tracing the history of the AJC Peachtree Road Race t-shirt

For many, the shirt is as treasured as an Olympic gold medal 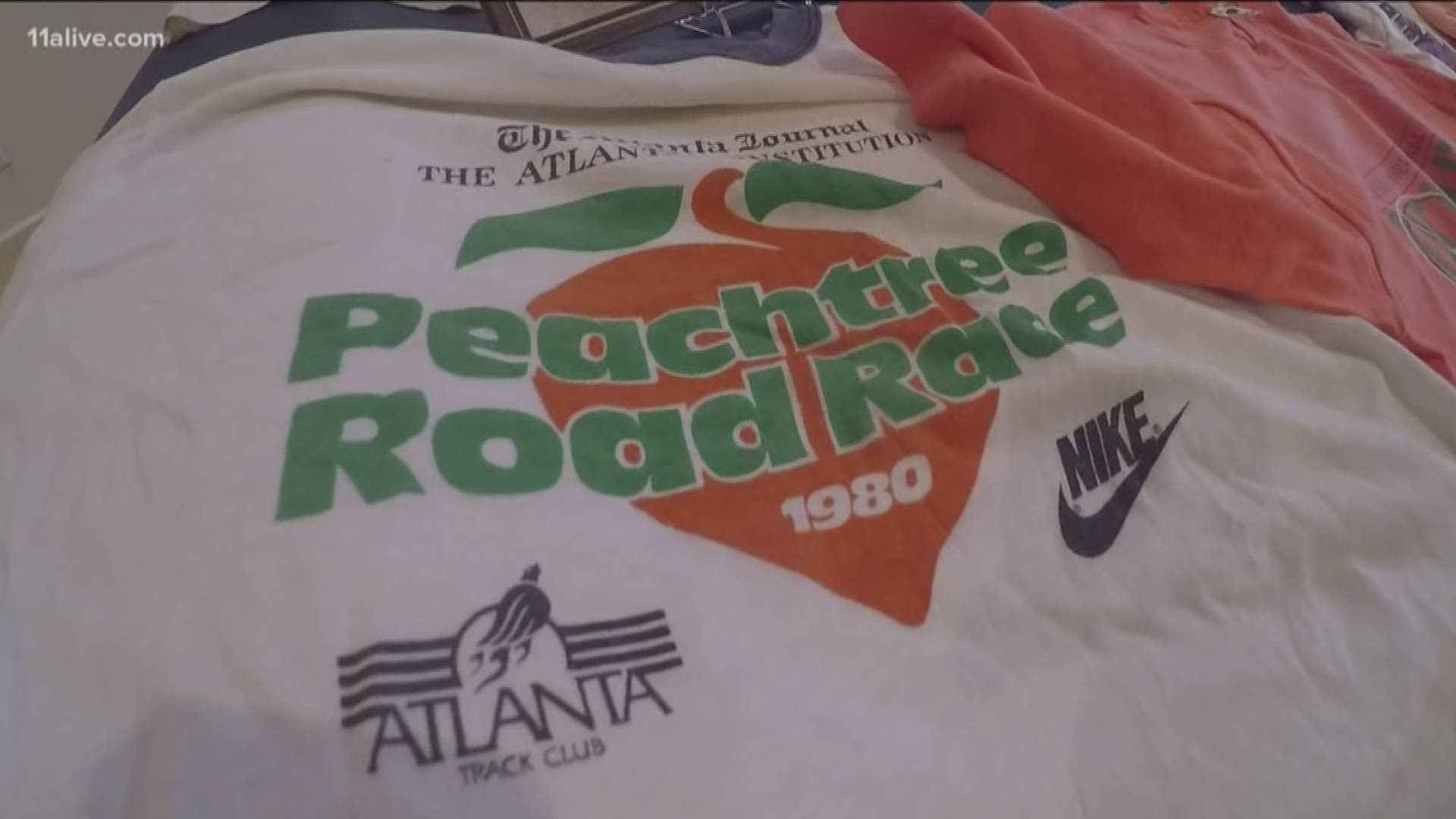 ATLANTA — ATLANTA – For participants in the AJC Peachtree Road Race, the t-shirt waiting at the finish line is as treasured as an Olympic gold medal.

Most road races come with t-shirts. Only in Atlanta on the 4th of July is there mystery and passionate history connected to these lightweight, cotton garments.

“I don’t know of any road race, any marathon in the world that does their t-shirt distribution and design the way we do here,” said Atlanta Track Club Executive Director Rich Kenah.

Bill Peters running memories include several Independence Day trips down Peachtree along with the t-shirts he took home. When he ran his first Peachtree in 1975, the race t-shirt didn’t carry the aura that it does today. Eventually, Peters carried his shirt high after each run.

“Hold the shirt up to show all the runners still on the course,” said Peters. “Everybody screaming and yahooing. That was pretty exciting.”

Most races award a t-shirt to anyone who enters. At the Peachtree you have to finish.

There was no shirt for runners in the first Peachtree in 1970. For a while, only a limited number of finishers received a cool, cotton prize. Now, there’s enough for everyone.

Until 1994. race organizers were responsible for the design of the shirt. Since then, Atlanta has voted on designs submitted by artists like Shay Harbaugh. Her work appeared on the 2016 version.

“It’s a huge part of the city and history and tradition,” said Harbaugh. “Knowing I’m part of that, it’s an amazing feeling I’m still grateful for.”

Like a great unveiling, the shirt design is kept a secret until that first finisher receives their reward.

The process, the anticipation, and the exhausting effort to earn that coveted t-shirt are all a part of Atlanta's history.

“If you go to the Braves game, if you go to barbecues, the vast majority of people you see are wearing their finisher’s shirt,” said Kenah.

In Atlanta, a cotton garment is a celebration, and everyone who wears it is, for at least a day, a celebrity.

An American love story at the Peachtree

The Voice of the Peachtree Start Line