After an emotional win earlier in the week against Venus Williams, Coco Gauff beat Magdalena Rybarikova in the second round Wednesday afternoon. 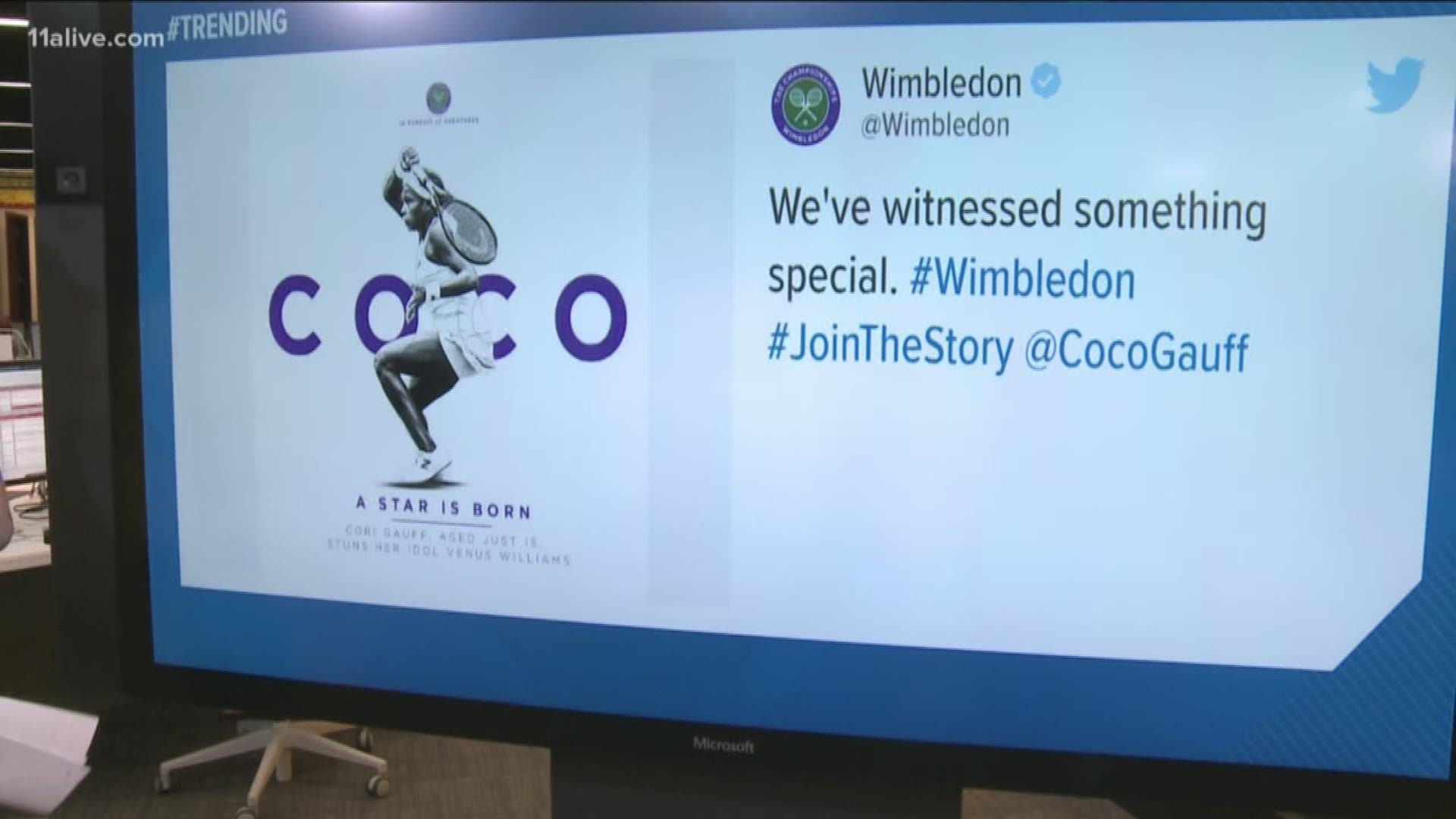 The 15-year-old Atlanta native who captured the attention of the world earlier this week when she beat Venus WIlliams at Wimbledon continues to make history.

Cori "Coco" Gauff  beat Magdalena Rybarikova 6-3, 6-3 in the second round under the new roof on No. 1 Court at the All England Club Wednesday afternoon.

She never faced a break point and had only 10 unforced errors compared to 24 for Rybarikova.

Gauff, who was born in Georgia and is now based in Florida, is the 12th-youngest player to compete in women's singles at the grass-court Grand Slam tournament since professionals were first admitted in 1968. The 11 who were younger all got spots in the draw via direct entry, rather than qualifying.

Gauff came into the week outside the top 300 but was granted a wild card by the All England Club for qualifying. She rolled through those rounds at a nearby site, knocking off the event's top seed.