In 2018, Austinite Brent Underwood and several others bought a Central California ghost town. Now, Underwood is quarantining there – alone. 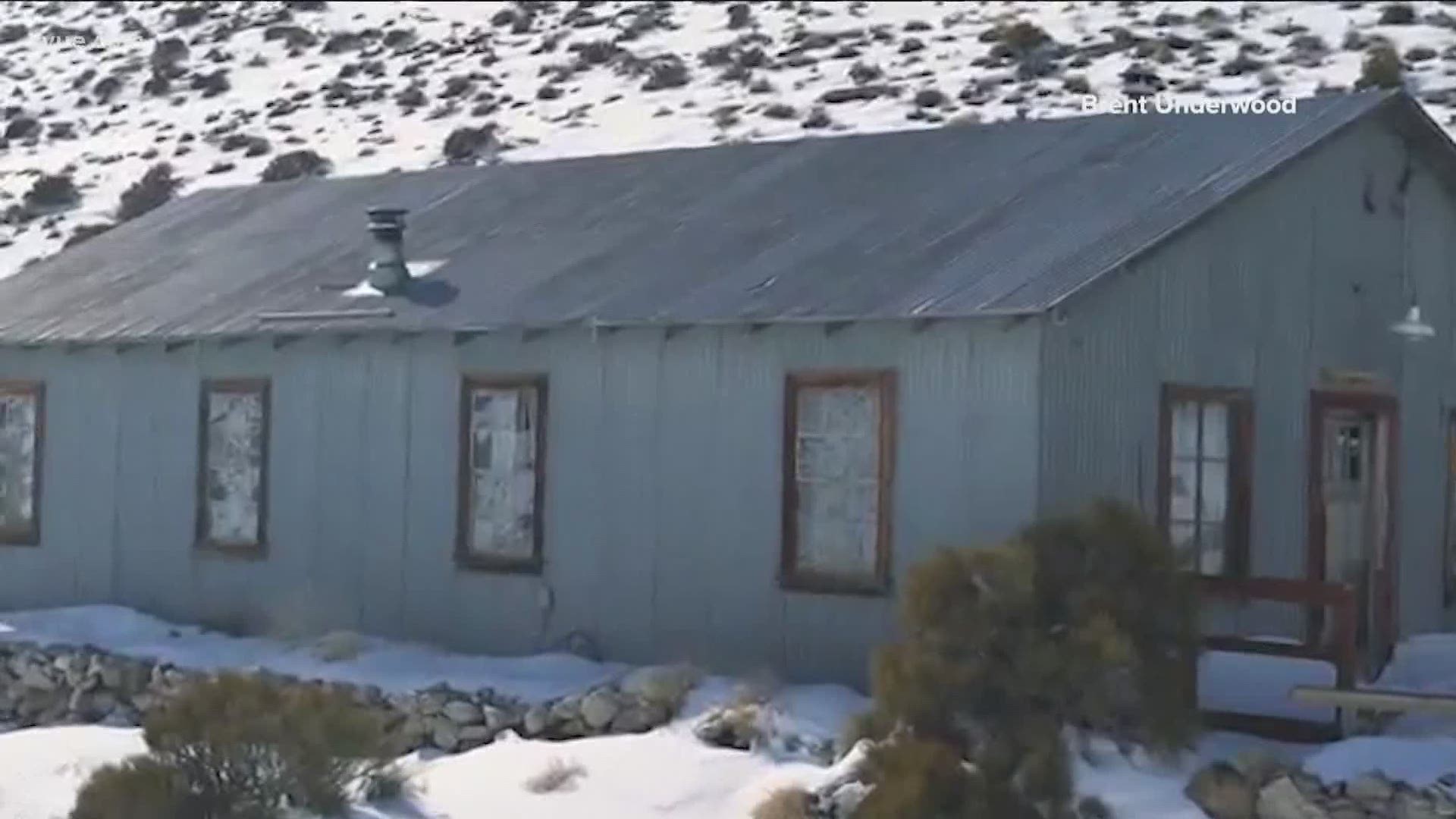 CALIFORNIA, USA — During the COVID-19 pandemic, one Austin man is taking the idea of "social distancing" to a level that some might consider ... scary.

In 2018, Brent Underwood and several others bought Cerro Gordo, a mining-turned-ghost town in Central California, about three hours outside of Los Angeles and about 200 miles west of Las Vegas.

Now, Underwood is quarantining there – alone.

Underwood is no stranger to unconventional living situations. He owns H.K. Austin, a hostel on Cesar Chavez Street in East Austin. But his isolation in Cerro Gordo hasn't gone completely as planned.

"I thought it was going to be smooth sailing. I was going to come out here and everything was going to be great. I was driving up my truck, got stuck about 500 yards before the town and I had to basically backpack in the rest of the way," he said.

But he's also been having a good time exploring the town.

"Cerro Gordo [is] this kind of sleepy, forgotten mountain town and me, like, just as a lover of history, an American West – the thought that some people could own such an interesting piece of American history is mind-blowing to me," Underwood said.

So, the big question: Has Underwood seen any ghosts in his ghost town?

"I was walking by the bunkhouse to go watch the sunset, and I noticed that the light was on in the living room, which isn't terribly unique. As I looked, somebody opened and closed the curtain," he said. "That just brought me along the scale of, let's say from like, nonbeliever to skeptic. Let's say I was like, well, '[I'll] entertain these ideas of something going on.'"

The legend of the Littlefield House: Getting to the truth of those haunted rumors

A brief haunted history of The Paramount Theatre

In Other News: Trying to feel drawn somewhere

He said he and the other "souls" that may be staying in Cerro Gordo seem to have found a way to coexist.

Underwood also said he was interested in the town because it was a bigger project than the Austin hostel.

"The reason was I was looking for a hospitality location and that history involved, that was closer to a major city, that was a little bit bigger project than the hostel in Austin. And it's important to me. It's something that I really do believe in deeply. It's something that, obviously, I packed my life in a comfortable Austin apartment to live out here without water for two months at a time because I just loved the idea of having more people able to experience this," Underwood said.

Once the pandemic is over, Underwood plans to turn Cerro Gordo into a spot for tourists.

'It was because of his disability.' Lockhart community rallies for man fired from Walmart