Video shows strange lights in the sky over Tucson

A spokesperson for the Davis-Monthan Air Force Base said they were not aware of anything going on that could have caused the lights in the video. 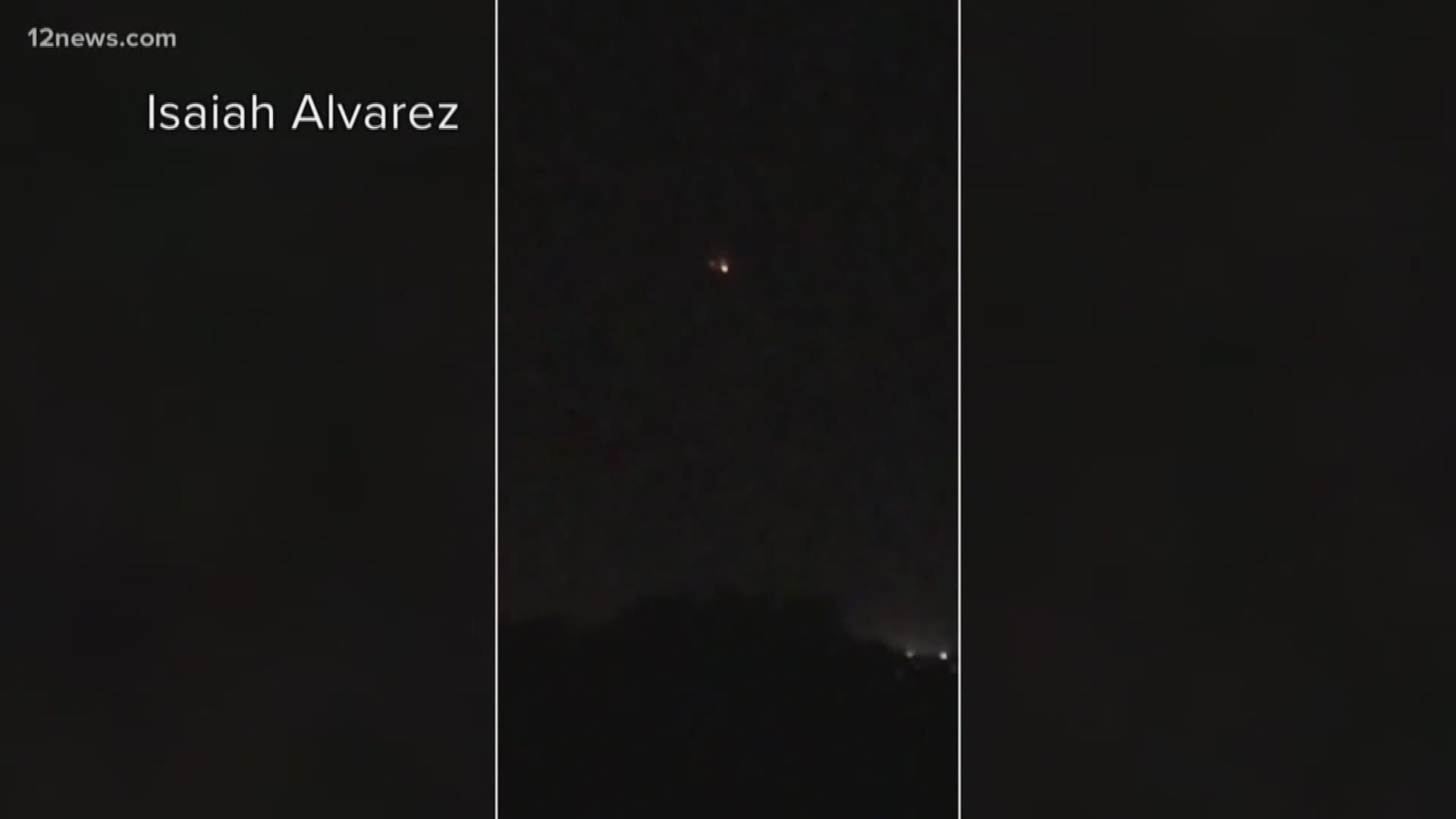 TUCSON, Ariz. — You may have heard of the Phoenix Lights, mysterious lights in the sky that sparked speculation and even documentaries over the years. Now, Tucson may have had its own version of the phenomenon.

A video posted to Twitter and viewed more than 13,000 times shows mysterious lights in the night sky in an area just south of the Davis-Monthan Air Force Base.

The video, taken shortly before 10 p.m. Tuesday, shows a string of reddish lights in the sky move slightly before blinking out. Below, three evenly spaced lights shine in a horizontal line. Isaiah Alvarez, who shot the video, said these lights became very bright and left.

Alvarez said he often sees strange things in the sky in that area; this was just the first time he was able to catch it on video.

A spokesperson for Davis-Monthan Air Force Base said they are not aware of anything that would cause the strange lights.

Unidentified, check. So we may have ourselves a UFO here. The question is: Are these lights truly out of this world?

Take a look at the video for yourself and see what explanations you can come up with.

RELATED: Arizona is in the top 10 for UFO sightings in the US, study says