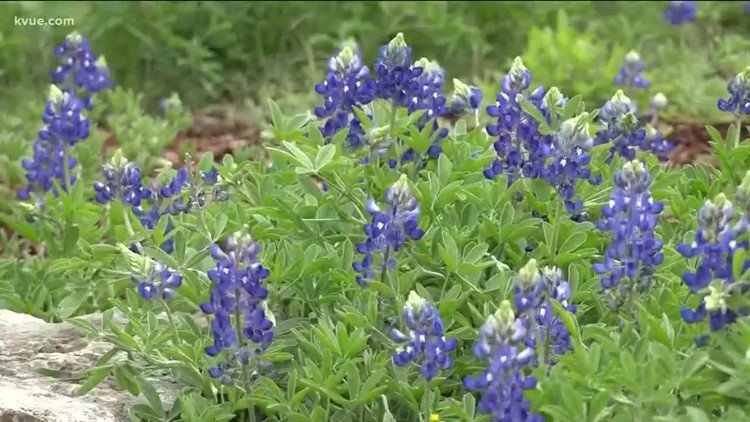 Want to grow bluebonnets in your yard? Here?s how

Want to grow bluebonnets in your yard? Here’s how

AUSTIN, Texas — Spring has sprung and we are already seeing bluebonnets everywhere.

Some homeowners like Dale Kohler are lucky enough to have the official state flower in their yards.

The blooming bluebonnets in Kohler's yard remind him of the past.

“I was a child when we moved here,” he said.

He came to Texas in the spring.

“It was just fascinating,” he said. “I’ve never seen anything like that before."

To plant and grow your own, horticulturalist Leslie Uppinghouse said the bluebonnet needs to be grown from seed for best results, not planted from a nursery.

“If you can collect seed from your neighbors’ garden or from a seed catalogue,” said Uppinghouse.

Bluebonnet seeds are ready when the plant looks brown or nearly dead.

Pull the plant out by the root, put it in a brown paper bag, store in a dark, cool place.

“Then wait for all that seed to fall off of the plant naturally,” said Uppinghouse.

RELATED: How to harvest bluebonnet seeds and when to pull up your plants

She said to keep the seed in a bag in a dark, cool place until late summer or early fall, that is when you will want to plant them.

“You're going to throw that seed down in the fall,” said Uppinghouse. “You'll want to do it when you know there's a nice big rain."

Sow it in an open space with just a little bit of grass and chunky soil so the seed is caught in crevices. Do not plant them with other vegetation and do not step on the bluebonnet plants.

“If you step on it once,” said Uppinghouse. “It's going to look a little flattened down. In 48 hours, that plant will be dead."

RELATED: Texans flock to fields for pictures as bluebonnets flood the landscape

She adds that she tends not to water the plant if there is been a good amount of rain.

“They grow from a single stem,” said Uppinghouse. “It’s a lot of leaf matter that has a lot of moisture in it. So the number one issue with bluebonnets isn't drying out, it's more the rotting."