VERIFY: What happens when a member of Congress objects to the election results?

A number of GOP members in Congress plan to object to the electoral votes of several states. But will that change anything? 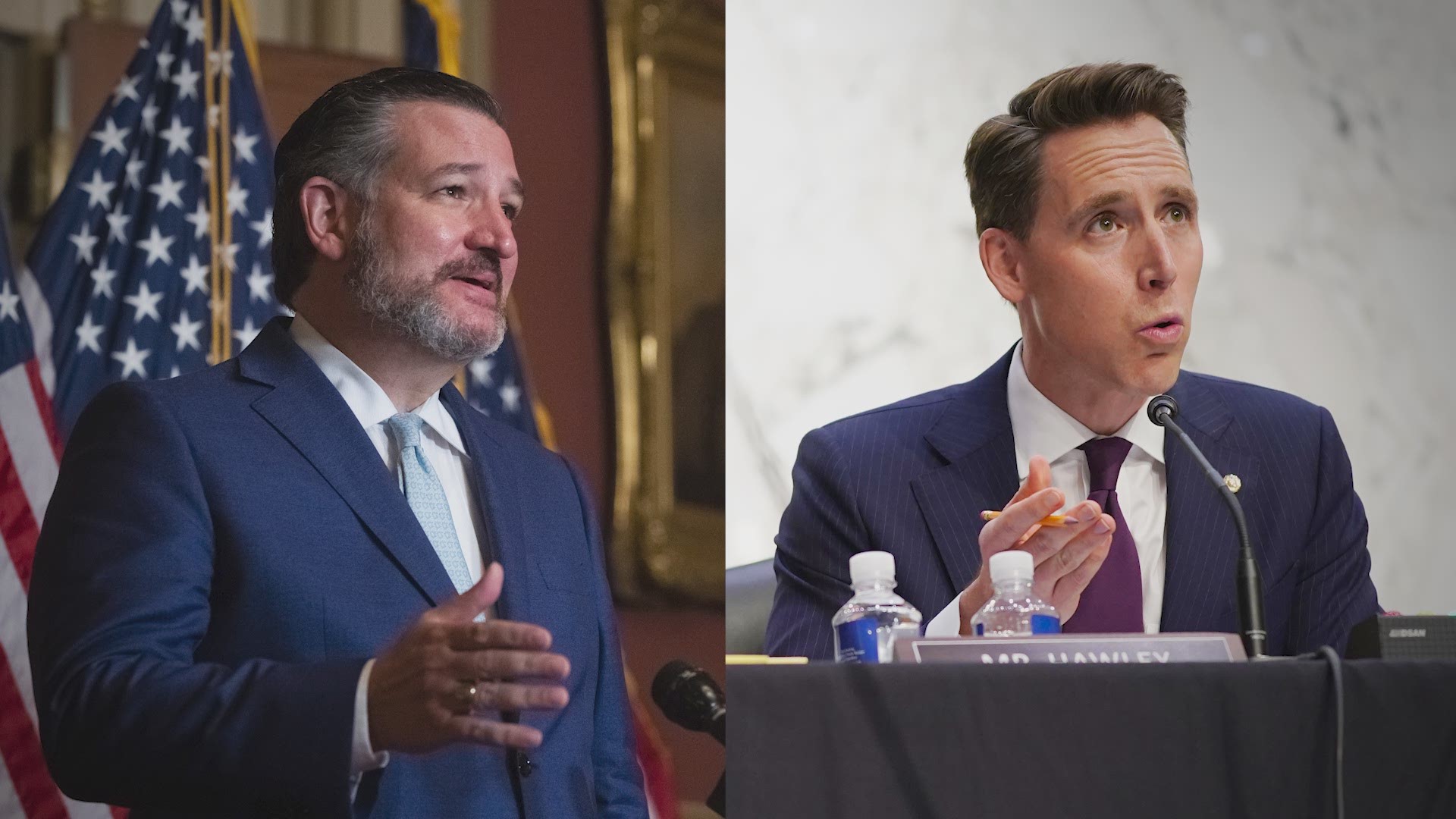 A number of Republican senators and representatives have already indicated they plan to object to the electoral votes from several states when Congress convenes for a joint session on Wednesday to count the votes of the Electoral College.

Various senators and representatives have given different reasons for wanting to object to the results. Some Congress members support President Trump’s unproven claims of election fraud, while Senator Josh Hawley of Missouri said he would object because he claims some states failed to follow their own election laws. The largest group of senators objecting to the results of some states, led by Ted Cruz of Texas, said they would object unless a bipartisan commission was formed to run an emergency audit of the election.

But, what does all of this mean? Could it potentially change the outcome of the election?

What do objections toward electoral votes from members of Congress accomplish? Could they overturn the boards of electors submitted by states?

Although it has rarely played out, there is a process by which objections are debated and voted upon. However, for an objection to actually be successful, it needs to pass by simple majority in both chambers of Congress separately. That’s unlikely, meaning these objections are equally as unlikely to overturn the results any of the states have submitted.

A Congressional Research Service overview goes over the process of how Congress counts the electoral votes and has a section dedicated to the objection process brought about by the Electoral Count Act of 1887.

When both one Senator and one Representative have endorsed an objection to any one state’s electors, the two chambers of Congress take a two-hour period to both debate and vote separately from one another to accept the objection. It takes a simple majority vote in each of the separate chambers for an objection to pass, otherwise the votes are counted as normal.

The CRS refers to the statute the process is built upon which says, “No votes or papers from any other State shall be acted upon until the objections previously made to the votes or papers from any State shall have been finally disposed of.” That means Congress will handle the objections to states’ results one state at a time, giving each a two hour period for debate and vote. However, since objections are debated and voted upon based on motions from at least one senator and one representative, there won’t be separate debates and votes for objections of the same state. Everyone who is objecting to that state’s vote is objecting together.

Regardless of how long it takes to get through objections of the various contested states, they’re unlikely to change the outcome. As mentioned before, a simple majority of both chambers is needed for the objection to pass. That means it would have to pass a House of Representatives that is majority Democrat as well as in a Senate in which Republicans have a slim majority and a number of Republicans have already indicated their opposition to the objections.

An objection to the results of any individual state has never passed Congress since the Electoral Count Act of 1887 was passed. In fact, only two objections have ever made it to the debate and vote phase: one in 1969 when an elector for Richard Nixon in North Carolina instead voted for George Wallace and another time in 2005 when objections were posed to Ohio’s electoral votes. Neither objection passed and the votes were counted.

Congress has rarely involved itself in the voting process since that 1887 law was passed. But it was passed following an election where Congress was involved and Cruz references in his above statement: the 1876 election.

Cruz said that there should be an election commission made of five senators, five representatives and five Supreme Court justices to “to conduct an emergency 10-day audit of the election returns in the disputed states.” He models this commission after the one created following the disputed 1876 election and sets the timeline so the audit can be completed before inauguration day on January 20.

But Cruz’s timeline would be hard to meet.

The Rutherford B. Hayes Presidential Library describes the timeline of the 1876 election. The House and Senate passed a resolution to create the commission in December 1876 and they began hearings on February 1, 1877. They finished the process of determining the final four disputed states’ results on February 27 and awarded each state based on a party-line vote. Hayes was ultimately the benefactor of the process and became president.

So at this time, it’s unlikely any of the various objections will have any effect on the final results of the election.

WHAT ROLE DOES THE VP PLAY?

President Trump claimed on Twitter Tuesday morning that Vice President Mike Pence has the power to reject electors in the case that Congress doesn’t object to them.

But there’s nothing in the Constitution or current laws that suggests Pence has that power.

The exact text of the U.S. code created by the Electoral Count Act states that tellers for Congress should hand the President of the Senate, which is a role of the Vice President, so he can read them out to Congress and then call for any objections.

The law does mention cases in which there are two different slates of electors for a given state, but it gives Congress the power to decide which slate to choose, not the Vice President. Even then, this only comes into play when there have been two separate slates of electors chosen by state officials -- while potential Republican electors did cast a vote in certain battleground states won by Democrats, those electors were not chosen by state officials and therefore could not be chosen by Congress.

The 12th Amendment to the Constitution reiterates the Vice President’s role in the process.

So there’s nothing in any law to suggest that Pence will have any authority in the process of selecting or rejecting electors.

RELATED: VERIFY: What are the president's pardon powers?