Verify: Is it safe to hydrate with sparkling water?

Staying hydrated is essential. That means drinking plenty of water. But what about carbonated soda water? Some people worry too much soda is bad for you. Is it? 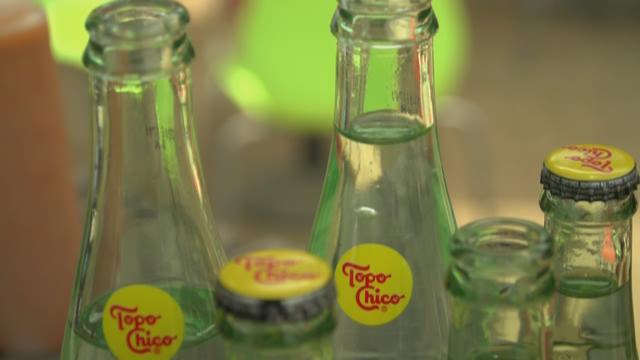 In the heat of the summer, staying hydrated is essential. That means drinking plenty of water. But what about carbonated soda water? Some people worry too much soda is bad for you. Is it?

Let’s kick this story off talking about Topo Chico, sparkling mineral water from Mexico. When it comes to Texas favorites, it’s hard to beat tacos and Topo Chico.

At Verify, we recently got a question, about Topo Chico, from a 20 year old college student. Take it away, Cooper Brehm.

“I'm addicted to drinking TC. I drink about 4 to 5 a day. Breakfast, lunch, dinner-- in between. I am exclusively drinking Topo Chico. Is this okay? Is this healthy?” Cooper asked.

Is it healthy to drink a lot of carbonated water? For answers, we're looking at several research papers. And checking in with Dr. Aubrey Frantz, the Chair of Life and Health Sciences at the University of North Texas at Dallas.

“Do you have any concern about someone drinking a ton of carbonated water?” I asked.

“There are no negative health effects to drinking pure carbonated water,” she said.

Cooper's gonna love that. But, let's dig a little deeper.

Some people worry, sparkling water can leach calcium from your bones. This study says that is a problem but it's "confined to caffeinated beverages."

This one found, "very low" levels of tooth enamel erosion from sparkling water.

A Harvard professor showed sugary colas can lower bone density in hips for women. But that's only associated with the intake of cola "not of other carbonated soft drinks" like soda water.

“Where does carbonated water fit in the best ways to hydrate?” I asked Frantz.

“Carbonated water hydrates just as well as still water. As long as there is not added salt, sugar or other ingredients,” she said.

Dr. Frantz ran a few numbers and found drinking four or five Topo Chico’s, can add to about 3 percent of your daily average sodium intake. But most of us that's no problem.

If you’ve got something you want to be verified, send me an email: david@verifytv.com