VERIFY: GoFundMe hoaxes circulating in the aftermath of the Odessa shooting

In the wake of tragedy, illegitimate fundraisers and Gofundme accounts often pop up. 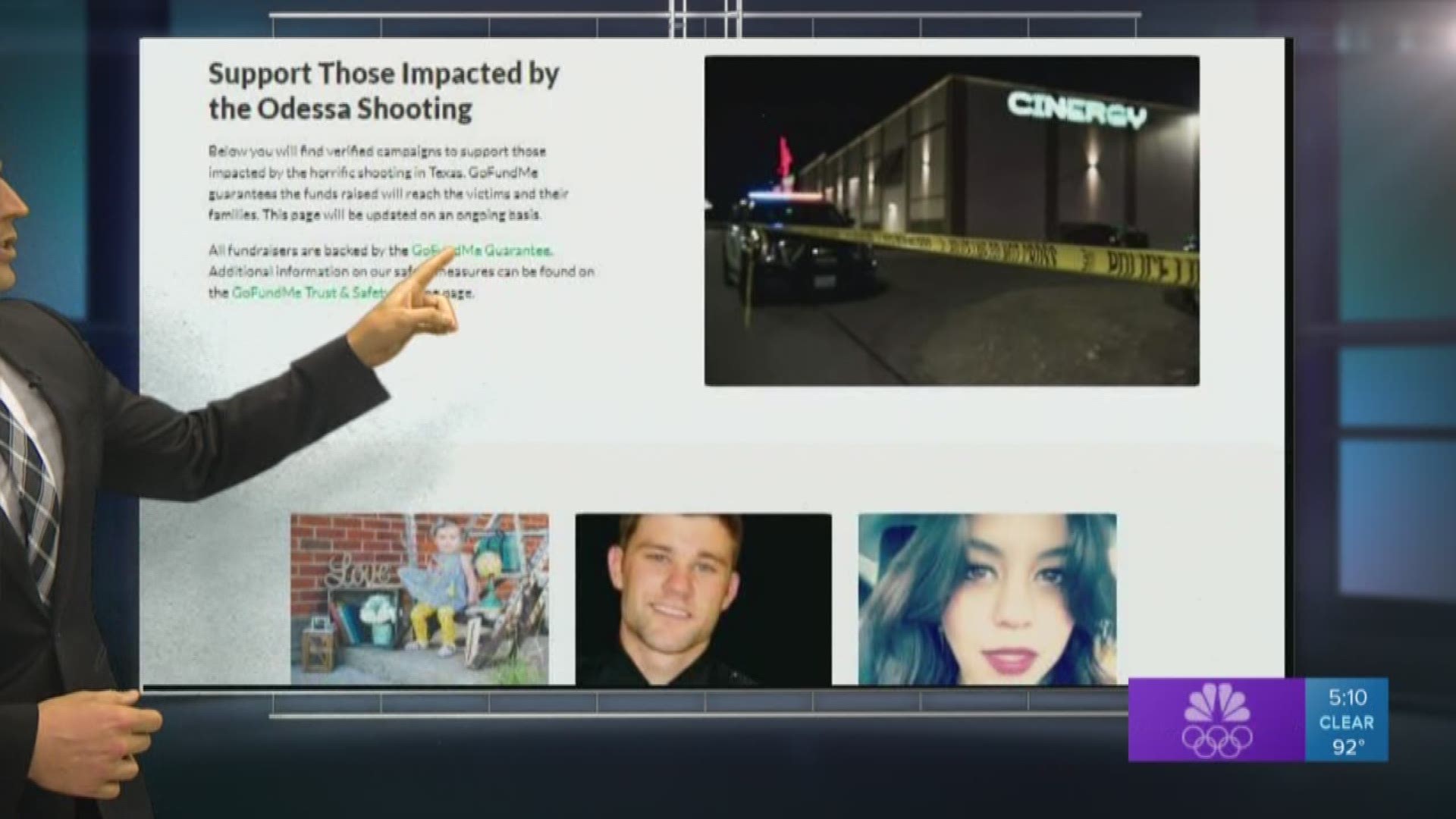 ODESSA, Texas — In the aftermath of the August 31 shooting, a variety of GoFundMe accounts have popped up claiming to support the victims.

However, fundraisers like GoFundMe accounts can arise with little to no verification after a tragedy, scamming people who simply want to help the victims of shootings and natural disasters.

A few GoFundMe accounts have already been circulating for victims of the shooting, and NewsWest 9 is working to verify whether or not these accounts are credible.

All of the accounts that are verified by GoFundMe are backed by the GoFundMe Guarantee, meaning that funds will be delivered to the right person and if something is wrong (such as the benefactor not receiving the money) your donation will be refunded.

Here's what we know so far:

According to Midland Police, there was a GoFundMe circulating claiming that an officer had died. None of the officers involved in the shooting were killed.

MPD says this fundraiser is a hoax, but they also believe it might have already been taken down.

Midland police and GoFundMe have confirmed a legitimate GoFundMe account has been set up for the Midland officer injured in the shooting. MPD has endorsed and encouraged the fundraiser pictured below.

According to GoFundMe , the account for the 17-month-old girl who was hit by a bullet is authentic.

GoFundMe has verified the account for Mary Granados. Granados is the postal worker who was killed when the shooter hijacked her vehicle.

GoFundMe has also verified the Gofundme for Chuck Pryor. Pryor is the Texas State Trooper who was the first person shot by the gunman.

According to GoFundMe, Kameron Brown was a member of the Army who served in Afghanistan. His account has been verified.

Marián Boado Encinosa was one of the victims of the Odessa shooting. GoFundMe included her fundraiser in the list of verified accounts.

According to GoFundMe, Joe Griffith was killed in the shooting. The verified GoFundMe will benefit Griffith's family.

GoFundMe has verified the account of Efe Obayagbona. He was reportedly shot on I-20.

According to the verified GoFundMe page, Edwin Peregrino had just moved to San Antonio and was in town visiting famile when he was killed.

According to GoFundMe, Radolfo Arco was one of the victims killed in the shooting.

We are working to verify other accounts that are circulating as well as find ways to help victims and first responders. This article will be updated as more information becomes available.

RELATED: How to help the victims, first responders of the Midland-Odessa shooting

RELATED: Counseling services being offered in the Permian Basin