VERIFY: Knowingly voting twice in the same election is a felony

President Trump encouraged supporters to vote by mail and vote in person, but voting or attempting to vote twice is illegal and a felony. 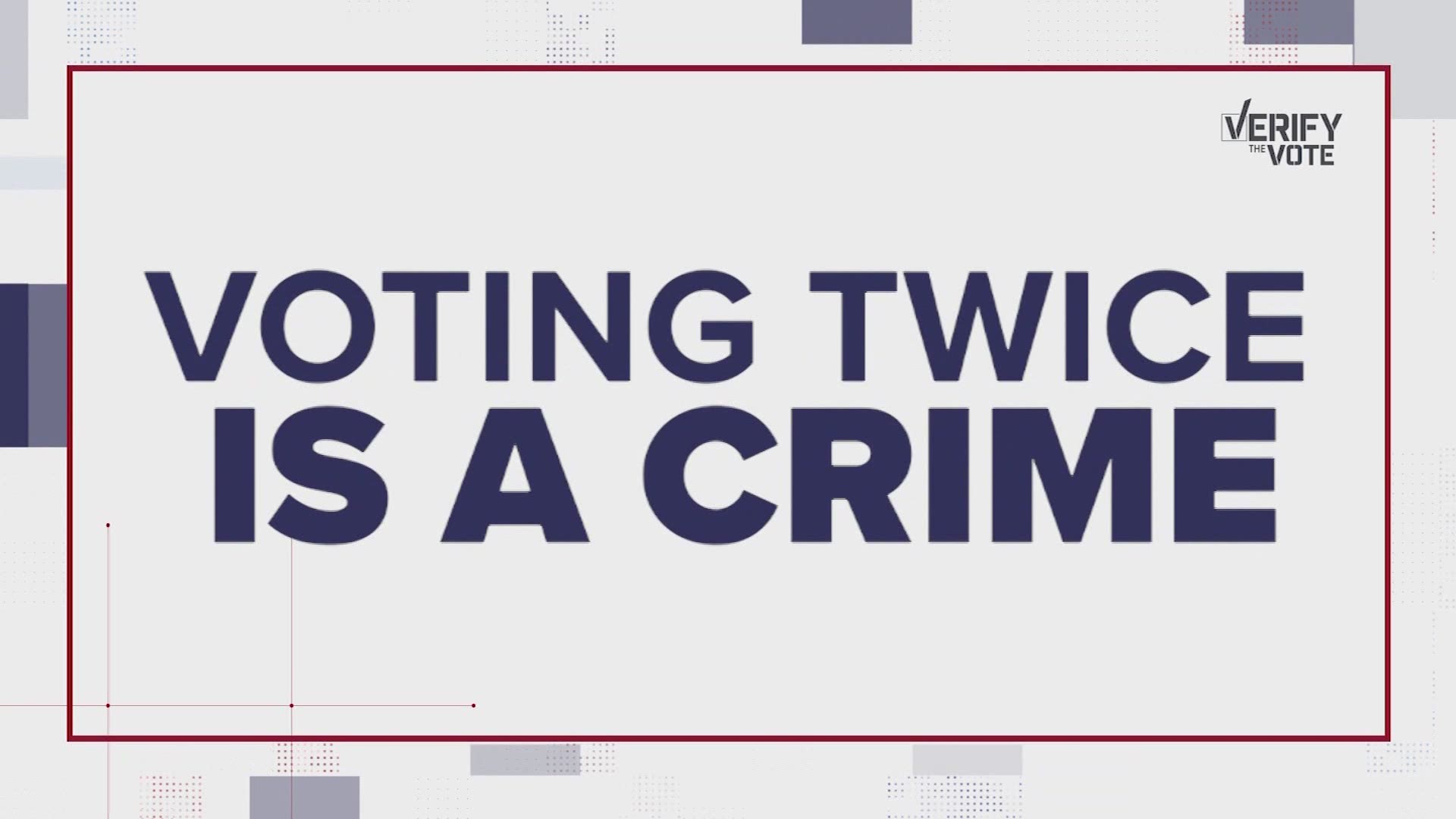 HOUSTON — At a campaign stop in North Carolina, President Donald Trump raised eyebrows with this message to supporters.

"So send it in early, and then go and vote," Trump said. "And if it's not tabulated, you vote and the vote is going to count."

He suggested voters "test the system."

The problem is, that's a crime.

Per the Texas Election Code, knowingly voting or even attempting to vote twice in the same election is a felony.

Our source is the Harris County Clerk's Office.

If you requested a vote by mail ballot you can vote in person, but you can only vote once. During early voting or on Election Day, you can take your mail-in ballot to a polling place, surrender it and receive a regular ballot.

If you don't have your mail-in ballot with you, you can still vote in person using a provisional ballot. That ballot will not be counted until it's verified that there's no other vote for you in the system.

And if you did complete and mail back your mail-in ballot, then you cannot show up to vote in person.

So bottom line, we can verify, one person, one vote.

And a reminder, you can always check the status of your mail-in ballot by calling Harris County's election helpline at (713) 755-6965.