Tampa Bay Buccaneers QB Tom Brady showed off his accuracy by throwing to a throwing machine, but the video was created by a digital artist. 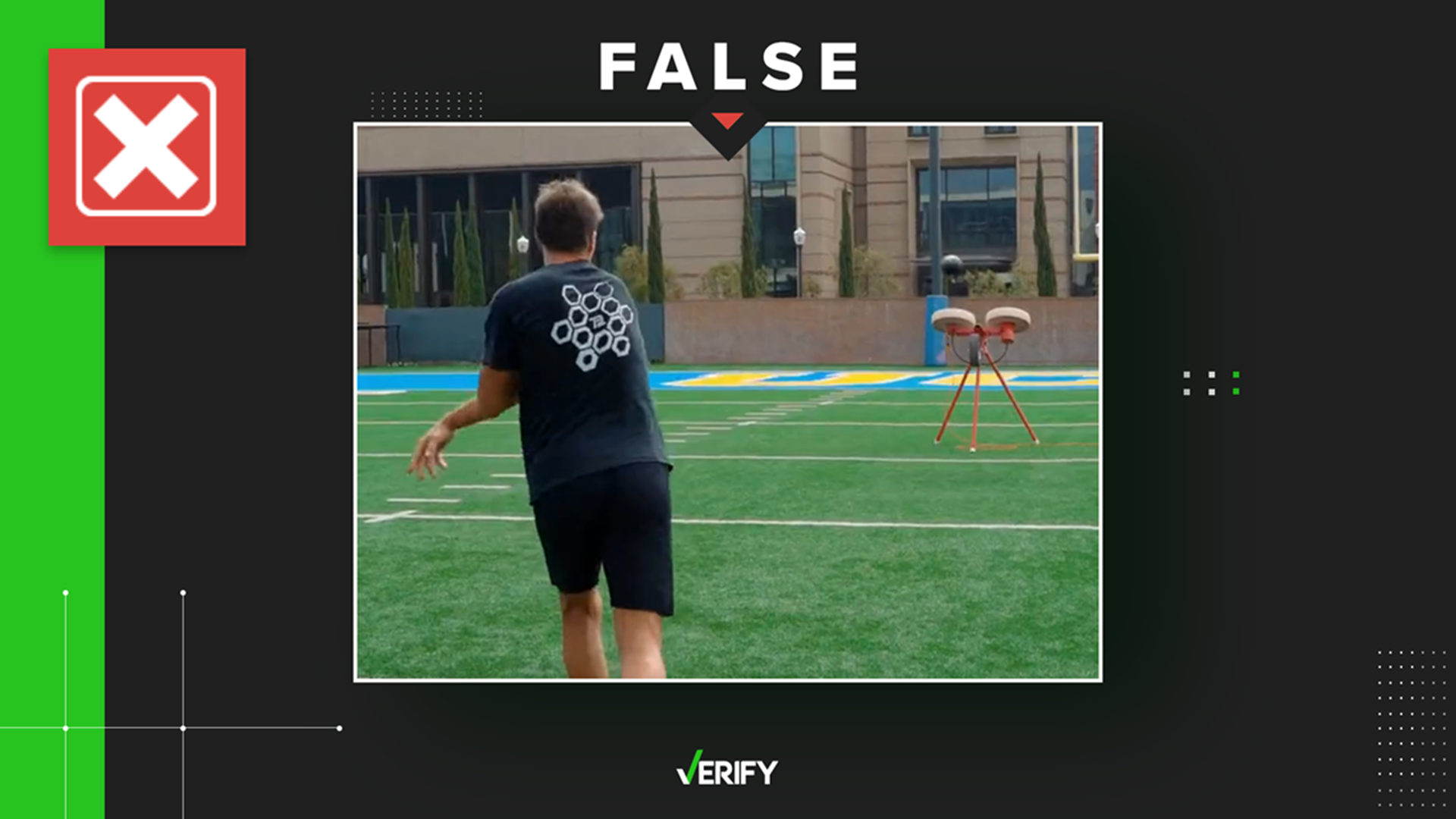 On July 25, Tampa Bay Buccaneers quarterback Tom Brady posted a video to his social media accounts showing him throwing around the pigskin. The catch? A football throwing machine, literally.

In the video, Brady throws the ball directly into the spinning wheels of the throwing machine, and then the machine returns a perfect spiral to the QB. The video on Instagram had more than 1 million likes, and on Twitter more than 9 million views.

Even prominent NFL insiders were shocked at his accuracy.

Was Tom Brady actually playing catch with only a football throwing machine?

No, the video was created with director Ari Fararooy, creative studio Warm & Fuzzy and produced by Shadow Lion, a creative media company.

Shadow Lion is a creative content services company founded in 2017 “with the goal of supporting Tom Brady’s off-field media efforts,” the website states.

Fararooy is a video director based out of Los Angeles, who produces “stylized work for brands and artists”, according to his website. He has worked with Brady on at least three different projects, each containing different elements of CGI effects.

Twitter user @CDisillusion, who has a verified account with more than 100,000 followers, tweeted two clips from the video to “explain why it’s fake.” He pointed out the background of the video “wobbles differently” from the rest of the video, and the isolation seen when the machine fell is further evidence it’s CGI.

I'm gonna explain why it's fake in the following 2 tweets, but then you have to promise to stop tagging me in this forever pleeease 🙏 https://t.co/ey1WOCvSq2

More from VERIFY: Yes, the bed frames at the Olympic Village are made from cardboard but they aren’t ‘anti-sex’