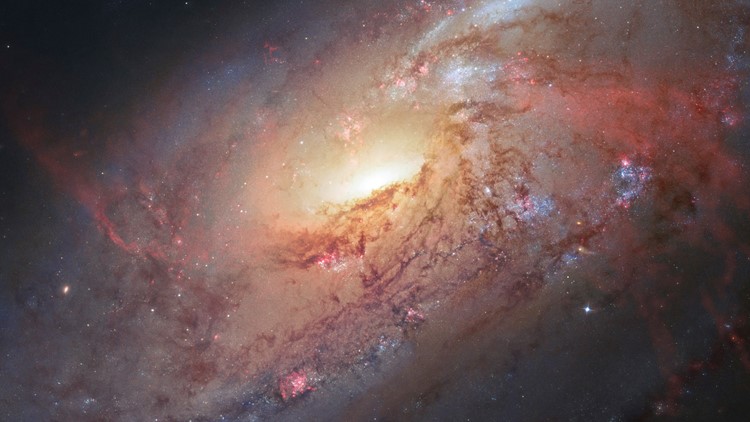 Some wild story headlines claimed NASA had detected a parallel universe, but the reality of the situation is much less exciting.
Author: VERIFY, Terry Spry Jr.
Published: 6:51 PM CDT May 21, 2020
Updated: 3:39 AM CDT May 22, 2020

Has NASA detected a parallel universe where time runs backward to ours? That sounds preposterous. But it’s what headlines from across the web are saying.

Those headlines, however, are stretching the truth -- by a lot. The truth is a lot less exciting.

Did NASA detect a parallel universe where time runs backward to ours?

No. Scientists working on a NASA project found evidence of fundamental particles that defy our current understanding of physics. More research is needed to know for sure. One of the scientists who has worked on the project has floated the parallel universe idea as a possible theory to explain it, but there’s no hard evidence for this yet.

The news coverage of this topic stems from an April article in New Scientist where the writer interviewed a scientist named Peter Gorham working at NASA’s Antarctic Impulsive Transient Antenna, called ANITA for short.

ANITA detected evidence of high-energy particles—called neutrinos—coming up from Earth’s surface with no source back in 2016. It happened a second time in 2018. There wasn’t an explanation for this, at least not one that stuck.

Because of that, a recent press release that accompanied a research paper on the subject said, “Other explanations for the anomalous signals—possibly involving exotic physics—need to be considered.”

“Exotic physics” would be where this theory of a parallel universe fits into the conversation. It’s just one of several theories outside of our current understanding of physics that has been floated as a potential cause for this. And while it’s something that may be up for consideration, there’s another possibility on the table that’s much less exciting.

The press release said, “When the ANITA events were detected, the main hypotheses were an astrophysical explanation (like an intense neutrino source), a systematics error (like not accounting for something in the detector), or physics beyond the Standard Model.” They said their analysis ruled out the only remaining Standard Model explanation they have which leads to two possibilities—one of which could just be an error.

Errors are always a possibility when the unexpected happens in research. That’s why studies often need to be replicated before they’re accepted as fact.

And the researchers will conduct more experiments before determining anything conclusive. “Ibrahim Safa of UW–Madison, another lead on this paper, says that while it has been an exciting time for physicists trying to explain these events, ‘it looks like we’ll have to wait for the next generation of experiments, which will increase exposure and sensitivity, to get a clear understanding of this anomaly,’” the press release said.

An experiment in Antarctica run by NASA has found evidence of particles that defy our current understanding of physics. That’s true. But it’s possible that these findings are the results of an error rather than evidence that could reshape how we understand the field.

A few scientists—scientists not necessarily associated with NASA—have considered the idea of a parallel universe that mirrors our own as an explanation for this if it’s not an error. But that’s not the prevailing theory surrounding this right now and there’s not any additional evidence to suggest that.

More research is needed to understand this anomaly better.

RELATED: This orange swirl is your first look ever at the formation of a baby planet

RELATED: Look to the sky for the green Comet SWAN for the next couple of weeks