Yes, the WHO receives funding from China as it does from every other member country

Each country that makes up the World Health Organization pays a fee. Data shows China contributes far less to the WHO than many other countries, including the U.S. 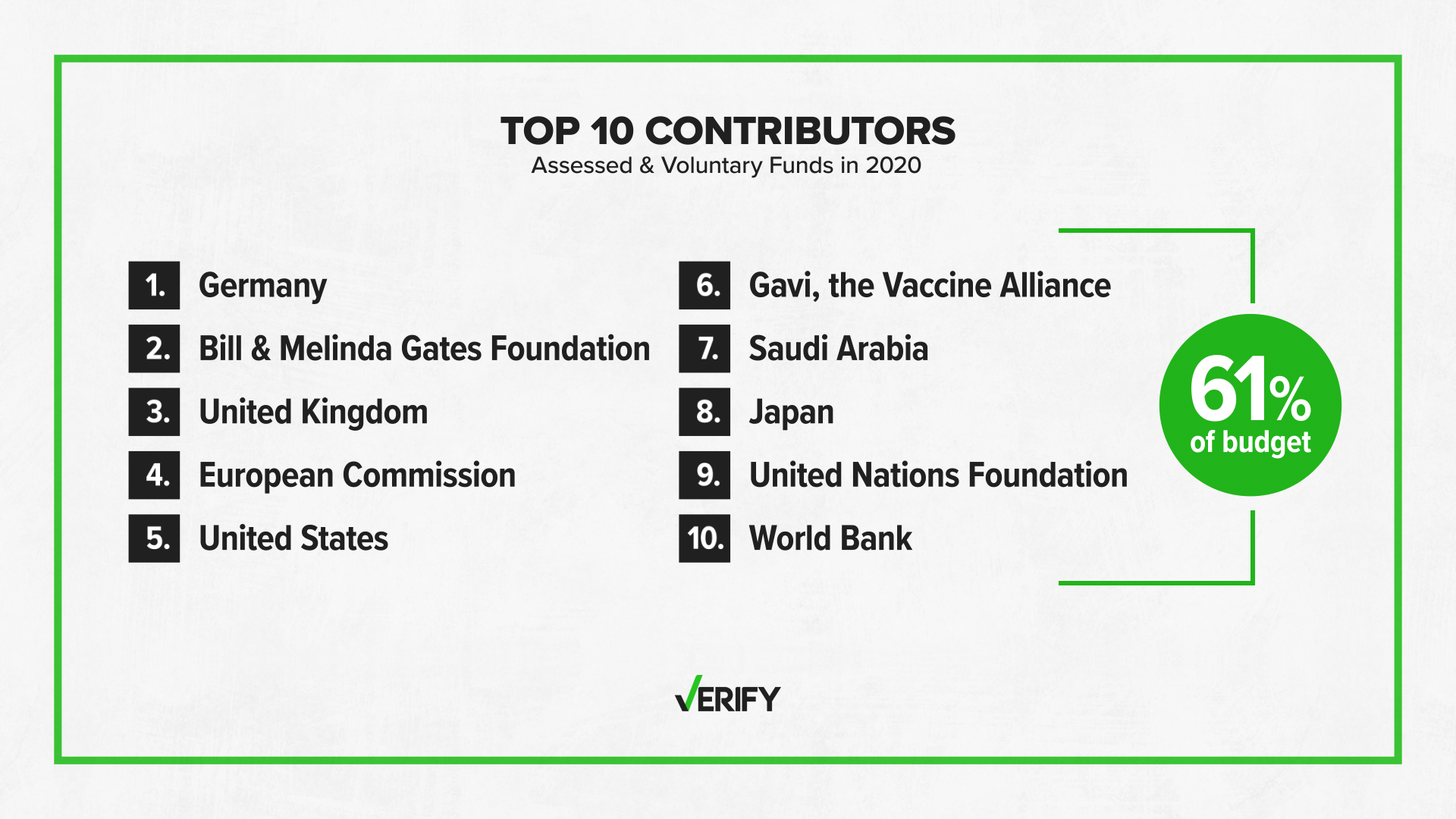 The World Health Organization’s handling of the COVID-19 pandemic has been the focus of much of the world since SARS-CoV-2 was first detected in China in December 2019. Former President Donald Trump went as far as to cut ties with the World Health Organization last year, arguing the group mismanaged the pandemic and was heavily influenced by China.

Although the U.S., under President Joe Biden, has since reengaged with the international health body, the World Health Organization remains under the global spotlight. One VERIFY viewer asked about the group’s funding.

Has the World Health Organization received money from China?

Yes, the World Health Organization has received money from China, as it has from the governments of all 194 member states.

Data from the WHO shows that for the 2020-2021 biennium budget, last updated to reflect the second quarter of 2021, China has contributed to less than 1% of the WHO’s total funding, which includes assessed and voluntary donations. Unlike some countries, such as the U.S., most of China’s contributions have been assessed contributions.

An external audit of the WHO’s 2020 financial year, performed by the Office of the Comptroller and Auditor General of India, says, “the financial statements present fairly, in all material respects, the financial position of WHO for the financial year ended 31 December 2020.” So, auditors concluded the WHO’s financial reporting is accurate.

For the current biennium budget, the U.S. has been the fourth-largest total contributor to the WHO. The three largest contributors have been Germany, the Bill & Melinda Gates Foundation and the European Commission.

The Congressional Research Service said the U.S. was the largest government voluntary contributor in 2019, followed by the United Kingdom and Germany. The U.S. provided an average of $262 million in additional voluntary funding from fiscal year 2012 through fiscal year 2019, according to the research service.

But that changed in 2020 when the Trump administration disassociated the U.S. with the World Health Organization, according to the Council on Foreign Relations, a nonpartisan think tank.

“Usually the top contributor, the United States fell to the third-largest donor in 2020, providing $594 million, or about 8 percent of the WHO’s budget, in the first three quarters,” the organization said.

President Biden restored the United States’ ties with the WHO when he assumed office in January 2021.