Dr. Fauci talks effectiveness of double masking and what normal vaccine side effects are

In his first one-on-one with WUSA9 under a new administration, the nation's leading infectious disease expert talks vaccines, double masking and new strains.

WASHINGTON — With the new Biden administration already launching a national coronavirus health strategy, many questions have entered the social sphere about what might change and what vaccine distribution is looking like in the months to come.

Will booster shots be needed to combat new strains? What will the vaccine side effects feel like?

The Verify team exists to answer those questions and sort through the misinformation that comes your way. So we decided to bring them to the nation's leading infectious disease expert, Dr. Anthony Fauci.

From the latest on vaccine side effects to double-masking and herd immunity, you can watch the full interview below. 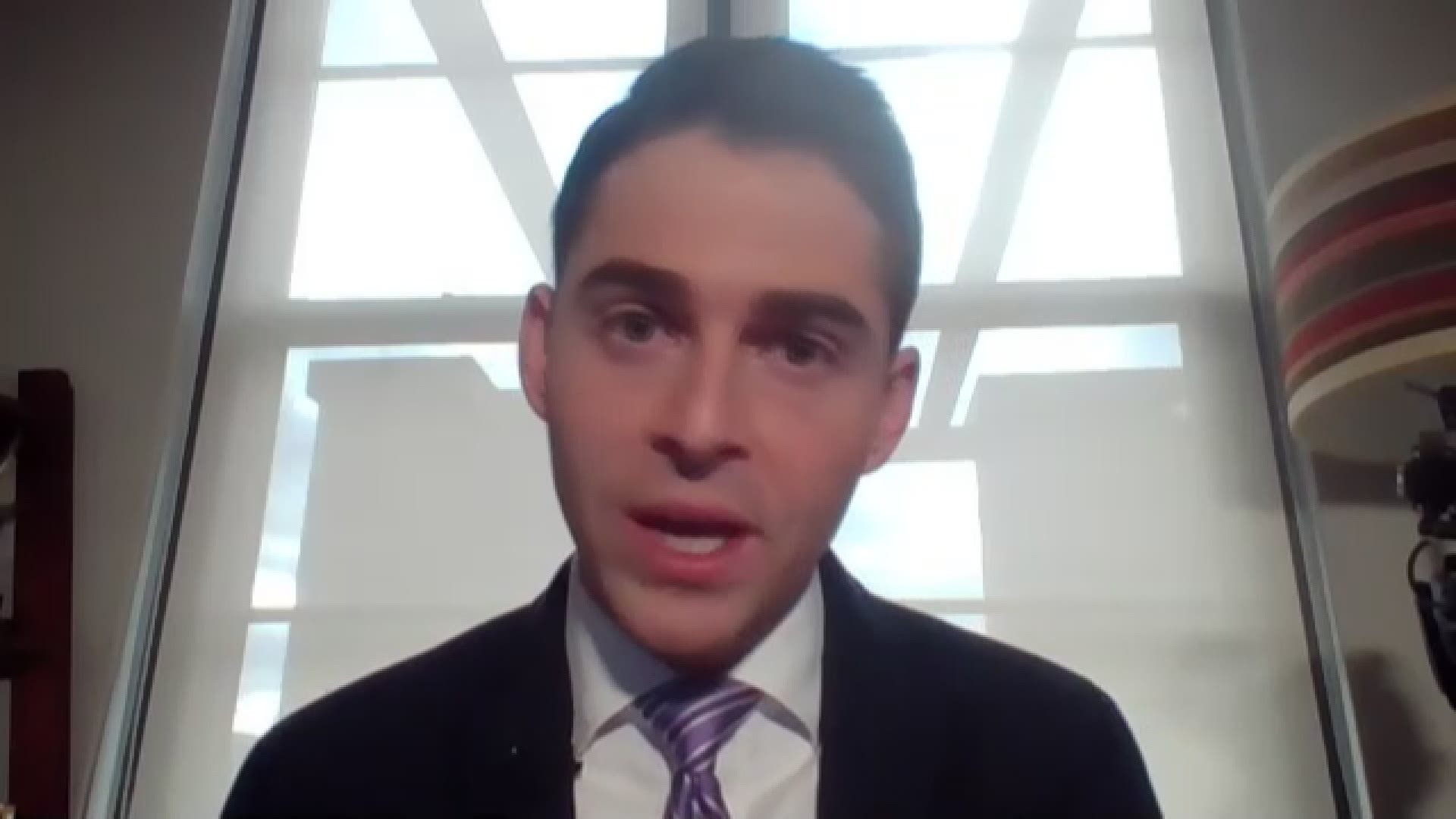 You've talked about the fact that potentially infected people can carry or even transmit the virus even if they're vaccinated.

Does that mean we could have COVID circulating in our communities for years, because even protected people could be carrying it around and giving it to each other?

Theoretically, yes, but I don't think that's the case, but I don't know that for sure. But I think what will happen though, even though people who get vaccinated and get infected without symptoms, would likely have such a low level of virus in their nasal pharynx that they would very inefficiently if at all transmitted to anybody else. I don't know that. But I think that's where we'll be going.

Q: Let's talk about the Johnson and Johnson vaccine. The results today indicating it's about 72% effective in the United States, obviously, significantly lower than the 95% effectiveness for Madonna and Pfizer. Do we need the Johnson & Johnson vaccine for the U.S. rollout?

A: I think it's value-added for the following reason: One of the things that might get lost in the numbers is that when you look at the protection against serious disease, it's high. It's 85% or more.

Practically speaking, if the only thing you're worried about is keeping people out of the hospital, and not getting people seriously ill, they're clearly evaluated with Johnson and Johnson.

A: It is conceivable that if the vaccines that we have don't do a reasonably good job in suppressing those, that we might take a bit longer to get into herd immunity.

The one thing that was positive news is that when mutants do occur,  we can pretty beat be pretty much nimble in modifying vaccines, like the mRNA and even the ad know, to make them address directly mutants like the South African mutant.

RELATED: VERIFY: Will we need a booster vaccine for every new strain of coronavirus? 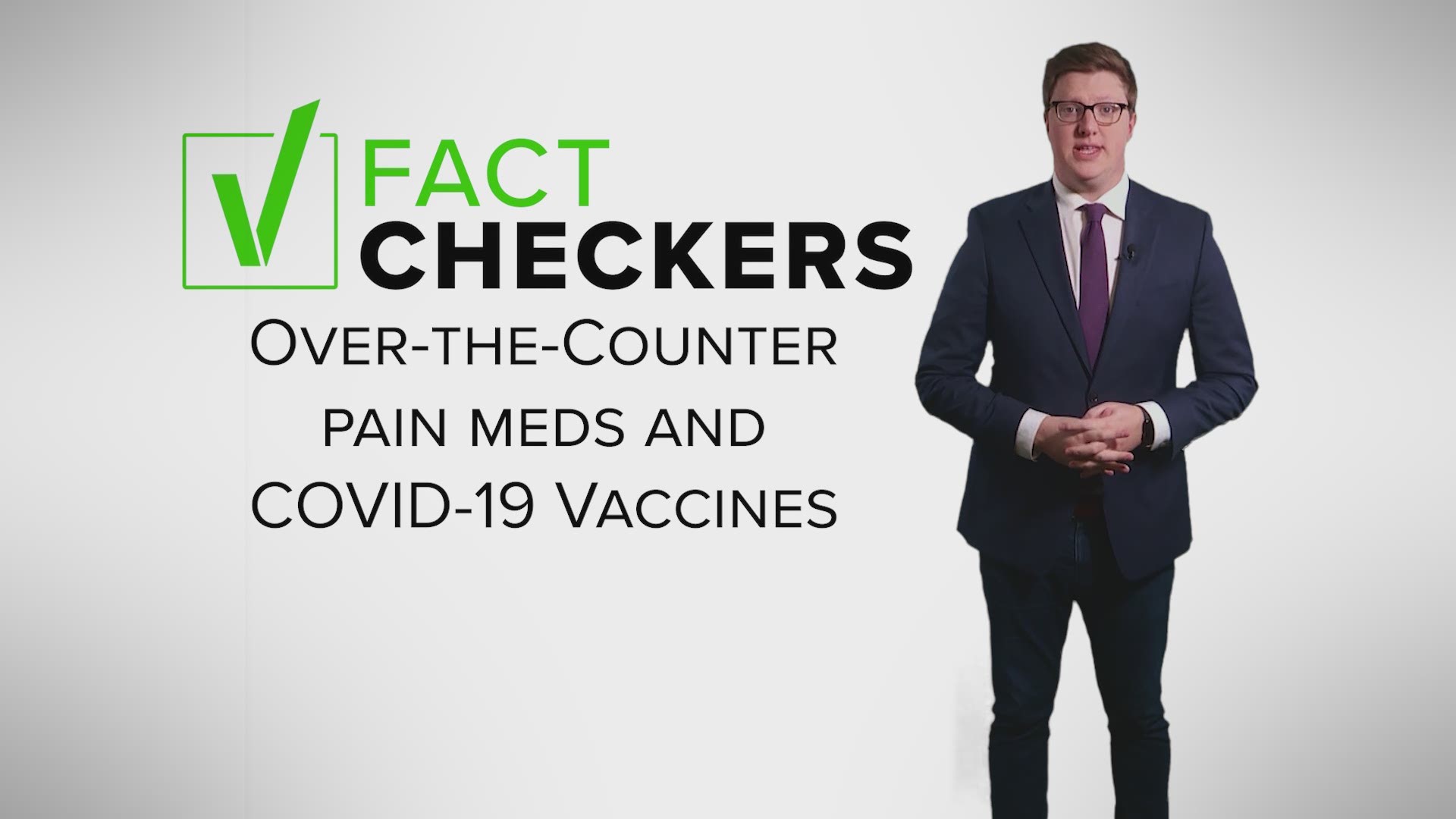 Q:But are you worried about keeping up given how many strains we're already looking at?

A: Well, you know, I wouldn't say worry per say, but to take it really seriously and we got to be prepared for it. I believe that once you get a massive amount of people vaccinated globally, one of the best ways to prevent viruses from evolving into mutations is to greatly dampen the level of virus replication in the community, so viruses are not going to mutate unless they're replicating.

So if you can get the globe vaccinated, and that's the reason why we're all in this together, and you have to have a global vaccine effort. If you can bring the level of virus replication at the global level very low, you will blunt the evolution of mutants.

On schools and reopening:

Q: We've seen the CDC report indicating that schools, in general, have pretty low transmission happening. In your opinion, should all states start vaccinating teachers right now, in order to reopen schools quicker?

A: Well, pretty soon teachers as essential members of society will be vaccinated. So I think in some places, we're already there.

Q: Some states have already graduated into 1B, but do you think we should be rushing to get that done?

A: You know, I don't know. I don't want to make that opinion. I believe that's a reasonable thing to seriously consider. I've always been of the opinion that teachers for so many reasons are essential to the entire episode, you get them vaccinated, they feel safe, they won't be hesitant to come back to school, the children will be in school, and that all benefits society.

Q: I know it's tough enough to get people to wear one mask, but a lot has been made about the potential for double masking. Do you believe people should be double masking? If they can?

A: I would take the word 'should' out from that and say that the CDC recommends that you wear a mask. A lot of people are putting in on two masks. I've done that myself. And the reason is, you can have common sense and say if it's a physical barrier, maybe I'd feel more comfortable.

The reason why the CDC hasn't changed the recommendation is that they don't have the scientific evidence to say that two are better than one. But if a person wants to put on two masks, I see no reason to tell them not to.

Credit: Getty Images/iStockphoto
Group of children with face mask back at school after covid-19 quarantine and lockdown, learning.

Q: The caseload appears to be dropping trending in the right direction. Do you believe this could be the start of the end of this as the vaccines roll out, or do you think those numbers that drop in caseload is a bit misleading?

A: I don't think it's a bit misleading, but I think there's going to be a lag before you see decreases in hospitalizations and deaths.

If we can keep the numbers going down, and we could stay a step ahead of the mutants, I think we could conceivably see that come down and down and down as more and more vaccines get rolled out.

As we get into February, March, April, May, and June, you're gonna have a lot more vaccines that are going to be put into people's arms, and that's the thing that's going to keep that trend going down.

RELATED: VERIFY: Ibuprofen/Acetaminophen should be avoided before getting vaccine, but OK afterward

On vaccine side-effects and roll-out strategy:

Q: We've heard from people who are concerned about side effects and asking how to prepare for the vaccine. Do you think people should be taking Tylenol, or any medication, to be ready when they're getting vaccinated that day?

A: I'm not sure about premedication. I know people have been talking about well, you don't want to take any medications at all. But quite frankly, as a physician, and I am an immunologist, I really can't see any harm in taking a couple of Tylenol, if you have some aches.

Q: A New York Times op-ed came out with health officials saying that they think the US needs to reassess their vaccine strategy and that we need to get first doses into as many arms as possible, particularly vulnerable people, and then worry about the second booster shot later.

Do you agree with that analysis?

A: Yeah, I think that's exactly what we're doing. And we're getting closer and closer to doing that and not having vaccines sitting around waiting and doing nothing with them.

That works only if you have confidence in the steady cadence, or supply of vaccines that will come in and essentially guarantee that you'll have a second dose.

So there are two ways to guarantee it: One is to put them aside and don't do anything with it until you're ready. The other is to have a supply system that is confident enough and reliable enough that those doses will come in.

Q: Now, you've talked about how many doses that we could have been hundreds of millions in the next few months, but it takes time to produce them. Are there any tools that the government could use, like the Defense Production Act right now, in order to produce more vaccines quicker, in order to roll it out faster?

A: Well, when you're dealing with the mRNA, it would be really difficult even though theoretically, you could use the Defense Production Act. It's very difficult to go to a company that has no experience in making a vaccine, which you know, has a lot of complicated aspects to it and say, okay, now you're going to start making an mRNA vaccine.

What the Defense Production Act can actually be quite helpful in is getting things that would amplify the ability to get more doses, namely, the dead space needles that we need to get the sixth dose out of the Pfizer vaccine.

RELATED: VERIFY: What is the Defense Production Act, and how does it work?

Q: Let me ask you this, you know, you've been working on this for a year in different capacities at this point. What keeps you up at night? What leaves you thinking?

A: Well, the thing that I would say I take very seriously in some respects does, you know occupy a good part of my mind is to be something that you just alluded to a little while ago, is to make sure that we stay ahead of these mutants as they evolve.

The way to do that is to get as many people vaccinated as quickly as you possibly can. So mutants are always an issue that you have to be concerned about.

Thank you for your time Dr. Fauci.

RELATED: 'This is not fake news': Dr. Fauci talks holiday travel safety and upcoming vaccines in 1-on-1 interview

RELATED: 58% of Americans say they'd take a COVID vaccine. But is that enough to reach herd immunity?