Arizona historian says Trump will be remembered as ‘worst president ever’

Twitter suspended the president's personal account after a close review due to the "risk of further incitement of violence." 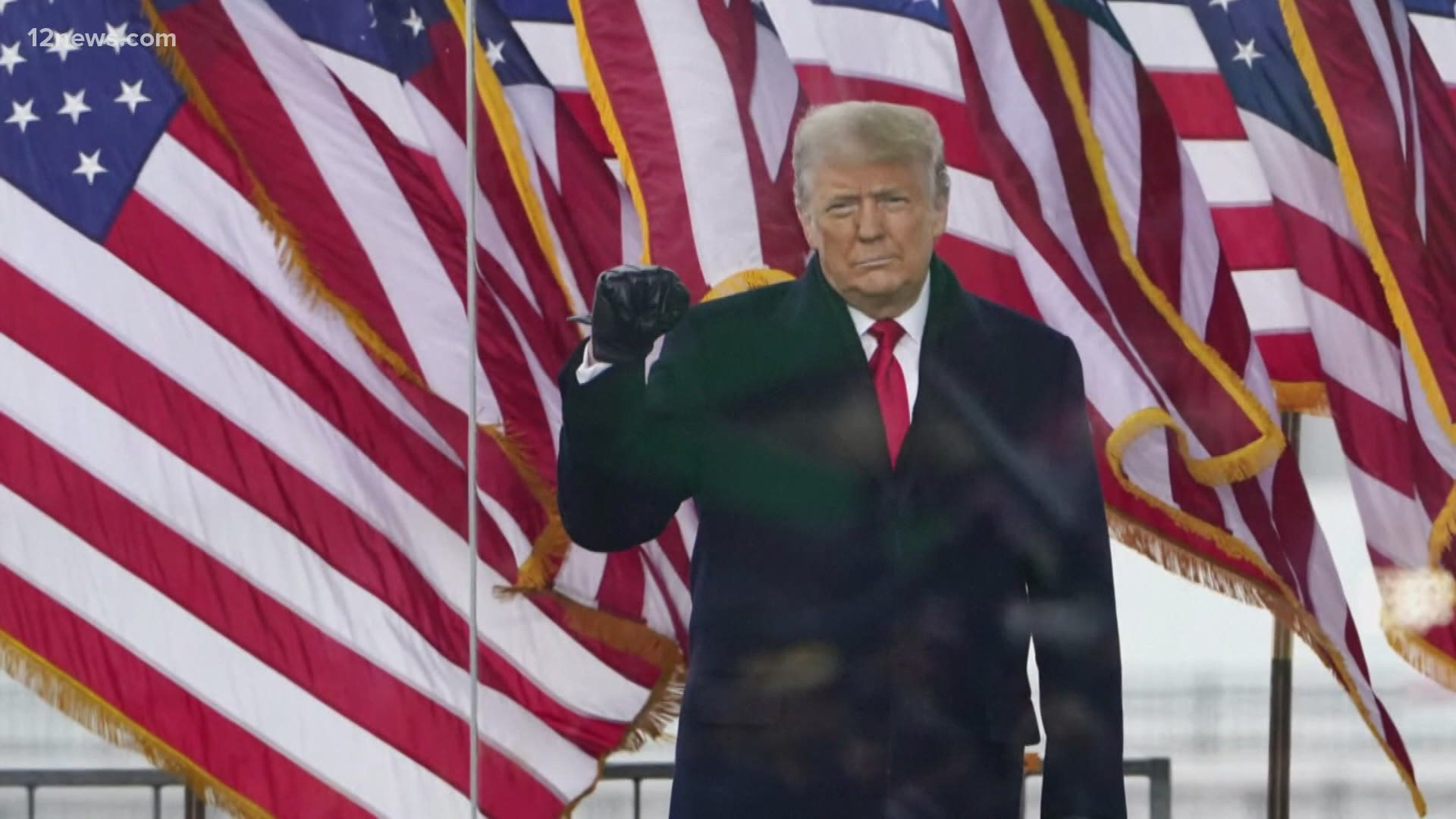 “He will go down as the worst president ever,” said Brook Simpson, ASU’s presidential historian. “What happened on January 6, to many people, was simply unacceptable.”

Twitter said what the president repeatedly tweeted after the insurrection against the Capitol “violated the Glorification of Violence Policy and determined that the user @realDonaldTrump should be immediately permanently suspended from the service.”

Although social media is relatively new for presidents, Simpson said the tech bans on the top leader is unprecedented and sets the stage for the President and his followers to resort to other platforms.

“Now we see who he really is and for those of us who have followed his career for a long time, we’ve known this but with wondered whether other people were going to see it," Simpson said.

Twitter also said their determination to ban Trump from the platform was based on “plans for future armed protests that have already begun proliferating on and off-twitter, including a proposed secondary attack on the US Capitol and State Capitol buildings on January 17.”

Although Trump agreed to a peaceful transfer of power, he said he will not attend President-elect Joe Biden’s inauguration ceremony.

He wouldn’t be the first Commander-in-Chief to skip this event: President Andrew Johnson stayed in the oval office during this ceremony in 1869.

“I think it shows the reluctance of the outgoing president and some of his most diehard supporters to amid that in fact they’ve lost an election that was conducted by the rules,” Simpson said.

Twitter said it will not suspend government accounts like @POTUS and @WhiteHouse, but will limit their use.