According to state records, the statue was dedicated in 1912 as a tribute to the service of the sons of Gaston County who served the Confederacy. 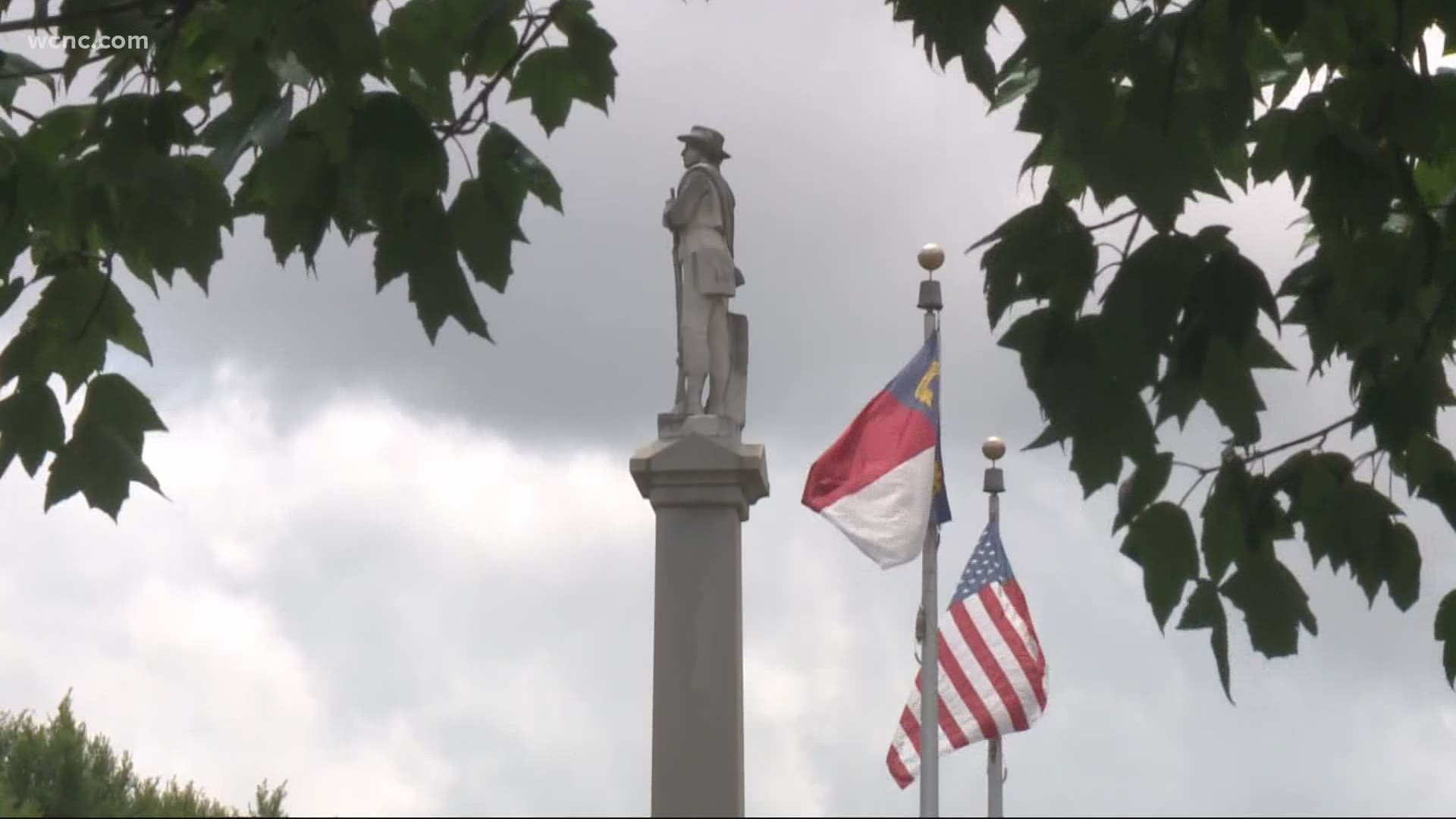 According to state records, the statue was dedicated in 1912 as a tribute to the service of the sons of Gaston County who served the Confederacy.

It was moved to its current location in 1998 and remains a fixture outside the courthouse in 2020, standing above Dr. Martin Luther King Jr. Way.

"To me, it just seems like it's a way to look down on MLK,” said Jamal Gillespie, co-founder of Gaston County Freedom Fighters. “If you want to use that symbolism, that's exactly what it is."

A petition online to remove the statue has more than 600 signatures as of Wednesday afternoon.

"There's a lot of racism in this country and to be reminded of this monument, it's just, it's not a good look, and it needs to be changed,” said Rashaan Stephens, an activist. “There has to be change, and this is the first step."

Gillespie said he would like to come to a compromise by moving the monument to a historical museum.

"I feel like the statue could be replaced, put in a museum,” said Gillespie. "And something more of a symbol for trust, justice, unity could be used outside of a judicial system or a courtroom."

A counter-petition with more than 300 signatures as of Wednesday afternoon was started on change.org that said, “We need to protect and preserve this monument, it’s a huge part of our history and should stay where it stands!”

The move-in Gaston County comes as the Asheville City Council voted unanimously this week to pass a resolution to remove Confederate monuments.

One person commenting at the meeting in support of the monuments said, "Sadly, certain hate groups have hijacked our symbols and created a story of division, a lack of patriotism, and many times sinister and unamerican ideology."

Asheville City Councilman Keith Young said, "The arguments that say the Confederate flag or statues or monuments or other displays represent heritage, not hate, ignore the near universal heritage of African Americans."

Gillespie said there is no timeline set for when he would like to see the monument removed in Gaston County, but the Gaston County Freedom Fighters will continue to speak up until a compromise is reached.“

This statue stands for hatred, for racism,” Stephens added, “and it should not be in society."

RELATED: Calls for the removal of Confederate statues ring in wake of George Floyd’s death