Could you no longer need a license to carry in Texas soon?

House Bill 1927 is making its way through the Texas legislature, and it could make license to carry a thing of the past. 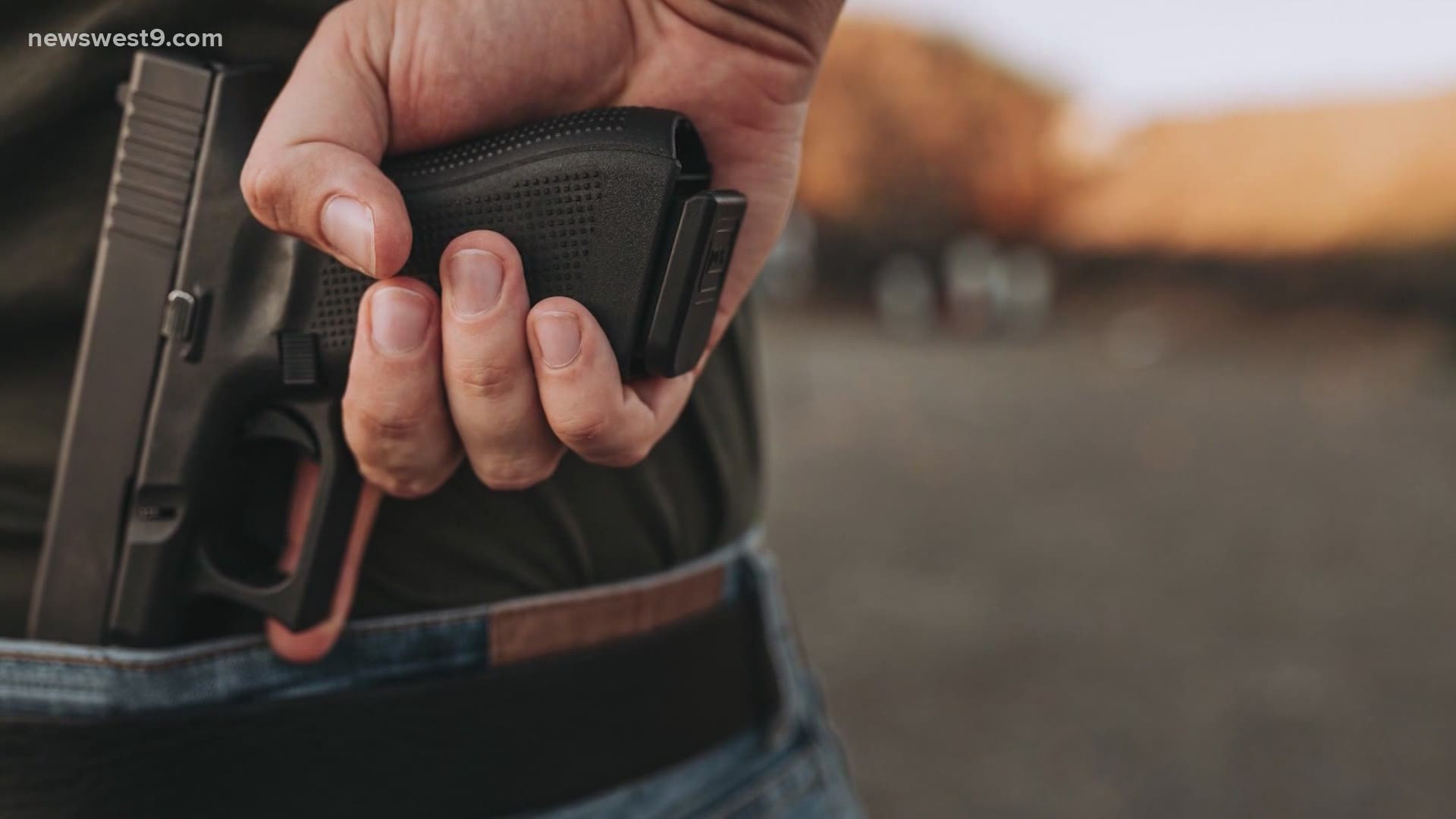 This would do away with licenses and allow Texans 21 years and older, who are eligible to carry a gun in the state, to carry a handgun openly in a holster or concealed without a permit.

The bill is also co-authored by one of our local state representatives, Brooks Landgraf. The Texas House of Representatives gave approval, and now it's heading to the Senate.

This bill is now one step closer to becoming a reality, and some men and women of the law see a big problem with it.

"Current licensing requirements that ensure gun owners know and understand applicable laws and safe gun handling techniques and storage enhances the safety of all Texans," Eddie Garcia, the Dallas police chief said. "Gun owners have a duty to ensure that their firearms are handled safely and a duty to know applicable laws. The licensing process is the best way to ensure this message is conveyed."

Texas representatives in support of the bill believe that if people use common sense, there shouldn't be any problems with the bill.

"This bill should be called 'common sense carry' because this bill is about common, law abiding citizens being able to carry commonly owned hand guns in common public places for the common reason of personal and family protection," Matt Schaefer, the representative in Tyler said.

Opponents say this won't make anyone or anywhere any safer. They argue that it will actually have the opposite effect.

"Members, I'm so tired of doing nothing," Joe Moody, the representative in El Paso said. "I'm so tired of catering to a very small number of very loud people who's thinking about guns is wrapped up in unfounded fears and bizarre conspiracy theories. I'm so tired of the gun being worshipped like some golden calf and hearing all about rights, but nothing about responsibilities."

Even if the bill did pass, it doesn't mean that carriers are free to bring their gun wherever they want. If businesses want to prohibit guns in their store, they can do so, but signs will no longer be enough. Businesses must verbally tell gun owners that guns are prohibited.