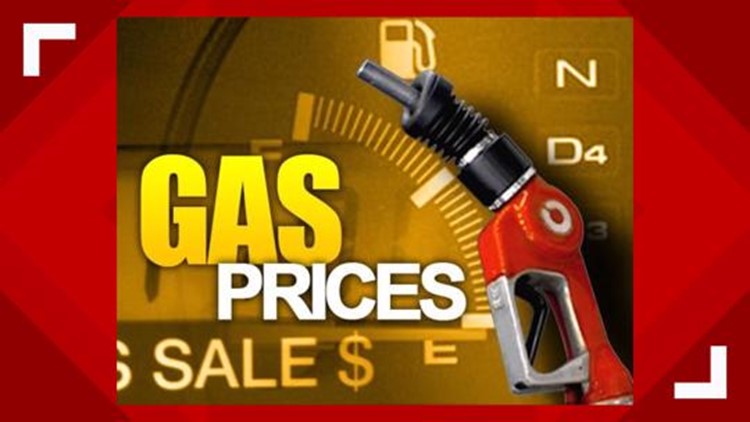 TEXAS, USA — The statewide gas price average in Texas is $2.39 for a gallon of regular unleaded fuel, according to the AAA Texas Weekend Gas Watch. That price is two cents more than on this day last week and is 26 cents less per gallon compared to this day last year.

Of the major metropolitan areas surveyed in Texas, drivers in Midland are still paying the most on average at $2.57 while drivers in Brownsville and Harlingen are paying the least at $2.25 per gallon. The national average price for a gallon of regular unleaded is $2.69, which is two cents more than this day last week and 16 cents less than the price per gallon at this same time last year.

For the first time since the middle of April, the Texas statewide gas price average increased week-to-week. This news comes as AAA predicts a record-breaking 3.5 million Texans (3 million by automobile) will travel away from home during the Independence Day holiday period, next week. The slight price increase is due to rising crude oil prices and record-breaking demand for retail gasoline. Texas drivers will still save at the pump as gas prices are 26 cents less per gallon, on average, compared to the week before Independence Day last year.

“Gas prices began increasing just as a record-breaking 3 million Texans are planning to hit the road for Independence Day next week, the most ever since AAA began forecasting July 4th holiday travel in 2000,” said Daniel Armbruster, AAA Texas spokesperson. “Increasing oil prices and record demand for retail gasoline are contributing to the slight increase. Drivers can save on fuel by downloading the AAA mobile app to help them find the cheapest gas in their area.”

More Texans than ever recorded by AAA, exceeding 3.5 million, are making plans to honor the red, white and blue with an Independence Day getaway this year. (AAA began tracking holiday travel in 2000.) Overall, national travel volume for the holiday is expected to rise 4.1% over last year to total nearly 49 million people, with an additional 1.9 million people planning road trips and other vacations to celebrate America’s birthday.